Surprisingly, the English language is one of the hardest languages to pronounce correctly as there are many tricky words that don’t sound like they are spelled and vice versa. In order to perfect your American English accent, it’s a good idea to take the time to memorize some of the more unintuitive vocab pronunciations. A good place to start is by watching our video– “The 10 English Words That You Pronounce Incorrectly.” 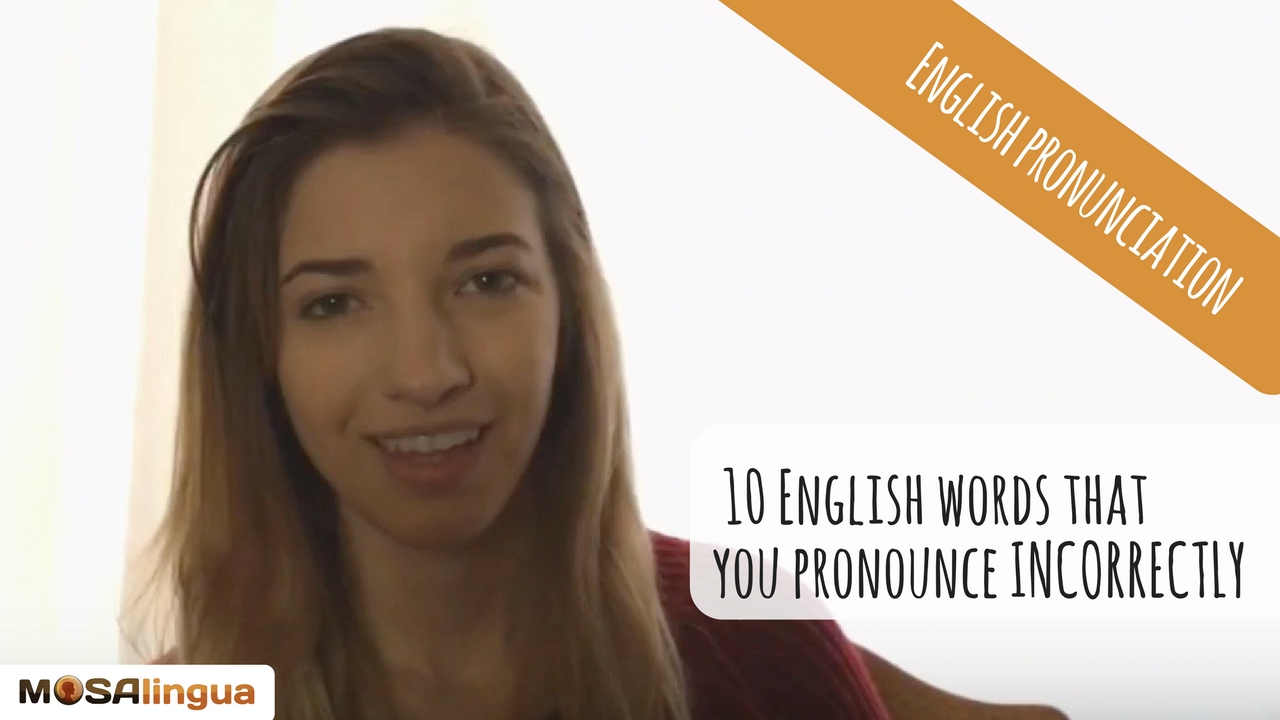 Hi guys, this is Alizah with MosaLingua. Today, I’d like to talk to you about the 10 most mispronounced words in the English language. Before getting started I’d like to advise you to subscribe to our YouTube channel, especially if you’re learning English or wanting to improve your pronunciation, as we’ll be posting a lot of videos that will help you out.

Ok let’s get started on the ten most mispronounced words in the English language. To start off with let’s talk about one of the most common: The.The is often pronounced by people who speak english as a second language as “de” or “ze”. Practice properly pronouncing this word, you will improve your pronunciation dramatically, as the is one of the most commonly used word in the English language.

Next on the list is “calm”. Because of its unique spelling C-A-L-M many people pronounce it as “Colm” or “Caylm”, but this tricky word is simply pronounced as “calm”.

Now let’s talk about the word “hour”. This word is often mispronounced because of the silent “h” at the very beginning. it isn’t pronounced as “hour” it’s “our”.

“Think” is often mispronounced for the same reason that “the” is mispronounced. It isn’t “fink” or “rink” it’s “think”.

Wednesday is the most difficult day of the week to pronounce because of its weird spelling it isn’t :Wednesday” it’s “Wednesday”.

Although “done” is a simple word, many people mispronounce it. Sometimes they say “doan” or daen”, but the word is pronounced as “done.”

Next on the list is “island”. This word is often mispronounced, because of the silent “S”. It isn’t island, it’s “island”.

Fruit is a tricky word to pronounce. It isn’t “fdruit” or “freet”, It’s “fruit”.

Front is also a difficult word that starts with “F” to pronounce. It isn’t “fdront” or “froant”, it’s “front”.

If you are interested in improving your pronunciation and even getting an American accent then click here to download our pronunciation guide. Also make sure to subscribe to our YouTube channel in order to watch more pronunciation videos. Thanks for watching guys!

And don’t forget! You can also head over to our MosaLingua Language Lab podcast to listen to this article:

Listen to “#29 – 10 English Words That You Pronounce INCORRECTLY | American English Pronunciation” on Spreaker.