In celebration of International Francophonie Day, we wanted to share a few fun facts about French and what makes the language so unique and interesting!

Our instructor Lisa Joy has put together a list of 15 things you (probably) don’t know about the French language. It covers everything from geographical and political history to modern stereotypes and some of the quirks of French spelling and grammar. We’re sure you’ll learn something new! Read the list below, or click the video link at the bottom to hear all about what makes this language amazing. 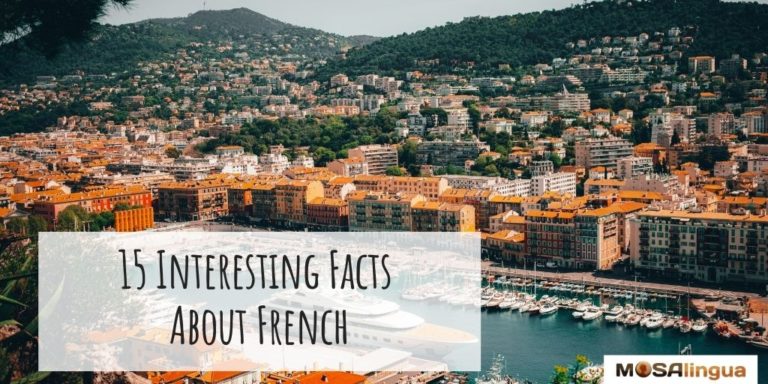 Fun Facts About French That You Probably Didn’t Know!

It’s easy to get so wrapped up in French grammar, conjugation, and that darned French “R” sound that you forget why you started learning the language in the first place! The reason most people learn French is because something about the language intrigued them! If you feel like you’ve lost sight of the awesomeness of this language, we hope these interesting facts will help you rekindle the spark in your relationship with French! Here are some of our favorite facts about French:

1. Only about half of the population of France could speak French during the French Revolution.

French became the official language in France in 1539. That’s more than two centuries before the French Revolution in 1789! So how come only half of the French population could speak French?

Well, as Henri Grégoire, a French revolutionary leader, put it: “France… has not progressed beyond the Tower of Babel as far as languages are concerned.” And he was totally right, since the
population was still speaking mostly Latin. There was also a potpourri of other languages and dialects, including Alsatian, Corsican, Basque, Breton, and many more. The French language was reserved for elite circles (“la bourgeoisie”).

Prior to the French Revolution, French kings hadn’t really worried about what languages their subjects spoke. And the lack of ability of the French population to understand the French language, the language of political debates and administrative documents, was then seen as antidemocratic.

2. French was once the official language of England.

Have you ever noticed that some English words are taken straight from French? Like RSVP (répondez s’il vous plaît), crème brûlée, au pair, and camouflage!

Some of these are so entrenched in the English language that you might not even notice their French origin. An estimated 30% of English words come from French.

The reason for this is the fact that from the year 1066 until 1362, French was the official language in England!

We’re all familiar with the exclamation mark and question mark, but have you ever heard about something called an “irony mark”? I hadn’t!

Apparently, it was a sort of backward question mark that would indicate that irony was being used. It disappeared fairly quickly, as people got used to understanding irony.

4. French is the language of ballet.

Wherever ballet is studied around the world, the names of the steps and positions are in French: pointé, tendu, pirouette, tour en l’air. 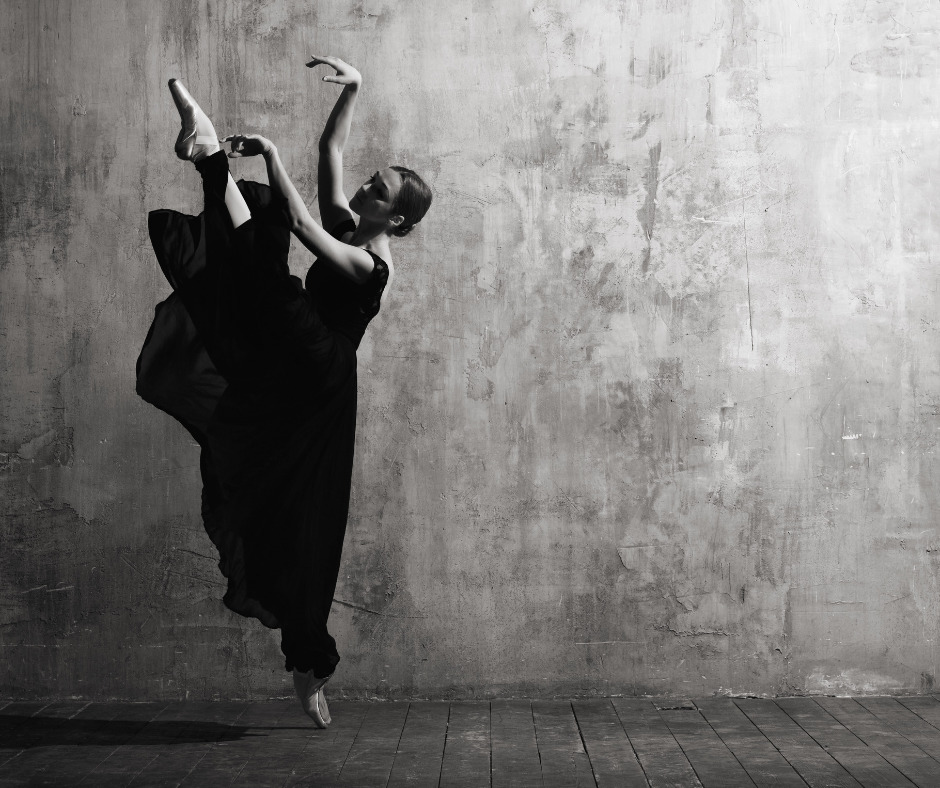 In case you don’t know what a palindrome is, it’s a word that is read the same forward and backward.

“Ressasser,” meaning “to dwell on” or “to repeat endlessly” is the longest palindrome in the French language.

Contrary to palindromes, anagrams require shuffling the letters to transform them into another word.

Some cool anagrams with French words are:

I love wordplay, so this is one of my favorite facts about French!

In a similar video we published on 15 interesting facts about the Spanish language, we mentioned how Arabic influenced Spanish.

It turns out that Arabic also influenced the French language. French has around 400 words of Arabic origin. A few examples include:

And if you’re familiar with Arab culture, you might already know the word youyou. In English, it’s called “ululation,” and is a kind of vocal trill used to express sorrow, joy, celebration, or reverence in many different cultures.

In French, “youyou” together with the word “ouaouaron” (a type of frog) are the only two words that have six vowels in a row. Wow!

9. Several states in the U.S. speak French or a French dialect.

And it’s also interesting to know that there are some states where people speak a native French dialect.

So if you’re looking for a French conversation partner in your city, you’re likely to find one! Here are some tips for setting up a language exchange online and in your hometown. 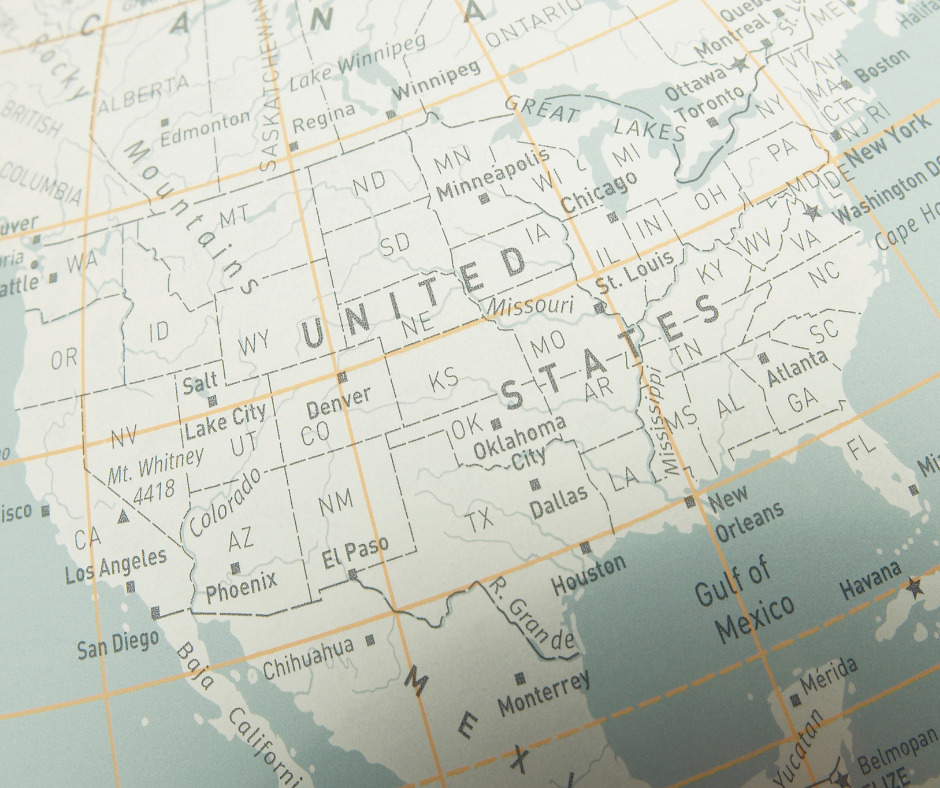 Speaking of “où”… This word is the only one in French that uses the letter “u” with an accent.

It means “where,” and it’s quite common.

French learners always complain about those numbers… The reason? You need to do a little math to figure them out!

80 (eighty) is quatre-vingt. You need to use multiplication for this one, because “quatre” means four and “vingt” means twenty (four times twenty = quatre-vingt).

In Belgium, Switzerland, and some parts of Canada, they say septante, octante, and nonante. A little easier?

12. The longest word in French

For a long time, the longest word in the French language was anticonstitutionnellement (25 letters).

But this word has lost its title to a new one: hippopotomonstrosesquippedaliophobie.

Ironically, it means “the fear of long words.”

We just talked about the longest word in French, but how about the longest name for a French town? You can visit Saint-Remy-en-Bouzemont-Saint-Genest-et-Isson (population: 517 and shrinking) in the northeast of France.

And not so far from there, you can find a countryside town with the shortest name in the whole French territory: “Y” (pronounced “i” and not “i grecque“).

What do you call the French people who live in Y (population: 91)? Ypsiloniens and Ypsiloniennes.

This expression, which is a bit old-fashioned and in decline, is probably more used by English speakers trying to speak French – or trying to sound French – than by French people.

Also, in English, it’s expressed as if with amusement or sensuality…

But in French, in real life, it’s not used that way. “Oh là là” can be used with a negative connotation, to express disgust, disapproval, stress, or even anger. 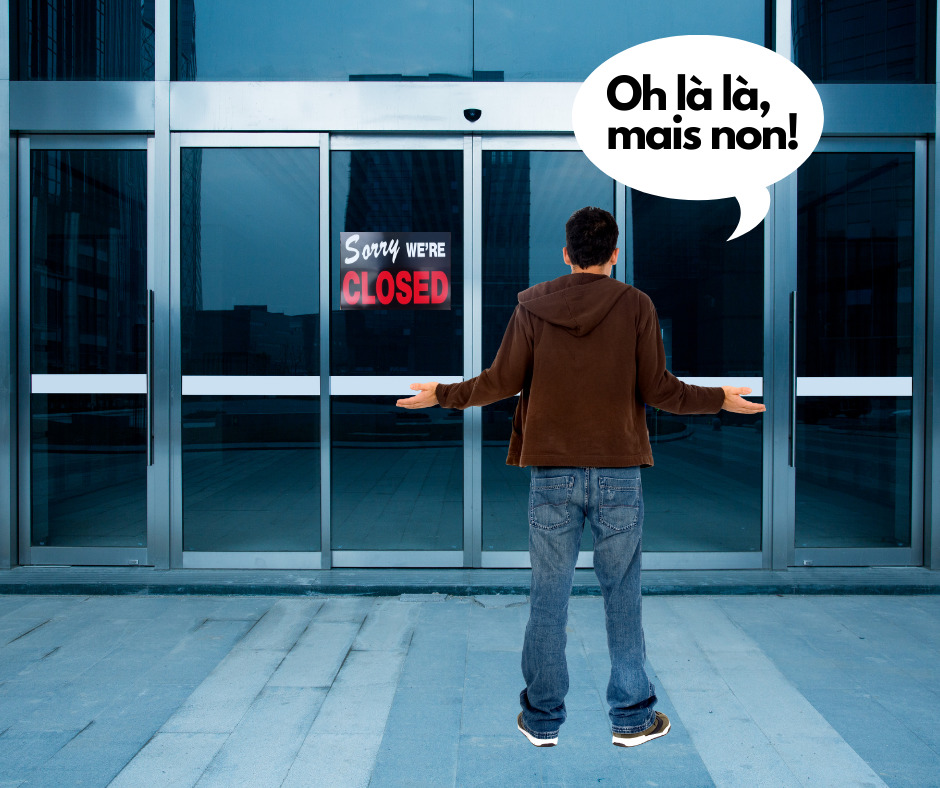 But you can also use it to express a happy and surprised feeling. Like when a friend surprises you with a gift! 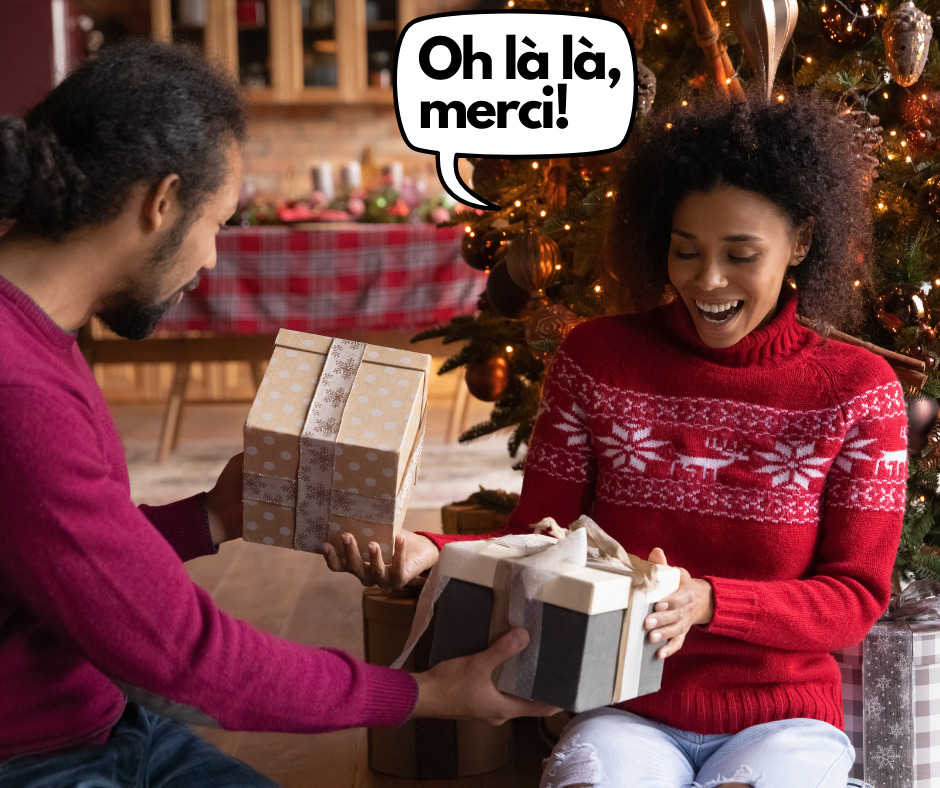 15. The most widely spoken language?

According to the Organisation Internationale de la Francophonie, by the year 2050 the French language could become the most widely spoken language in the world!

It’s currently in position #5, but due to demographic growth trends on the African continent, there will be many more French speakers in 2050.

Even if some people disagree about this projection, it’s pretty certain that French will be among the 3 most spoken languages around the world in the next decades.

We hope you enjoyed this list! If you know any unique and fun facts about French, please be sure to add them in the comment section below!

You can watch the video below or on YouTube. It’s in English (with a little French), but subtitles are available in French, German, Italian, Portuguese, and Spanish. Just click the “Settings” gear at the bottom right of the video to turn subtitles on. You can also slow down the playback speed if you like.

Filed Under: FrenchTagged With: fun video