Did you know that during the interwar period, learning a language with the radio was very common? Yep, in 1924 the BBC (one Britain’s major radio stations) was already using the radio as a means of education, specifically by broadcasting shows in foreign languages. What were the most “taught” languages? French, English, German and Italian. It was spoken, translated and, sometimes, sung (it is radio after all). One advantage of learning a language using online radio is that it can be done pretty much everywhere. It’s easily accessible, and it’s free.

So, if you’d like to implement this decades-old (but no less useful) method, we’ve gathered here 5 tips to help you in learning a language using online radio. 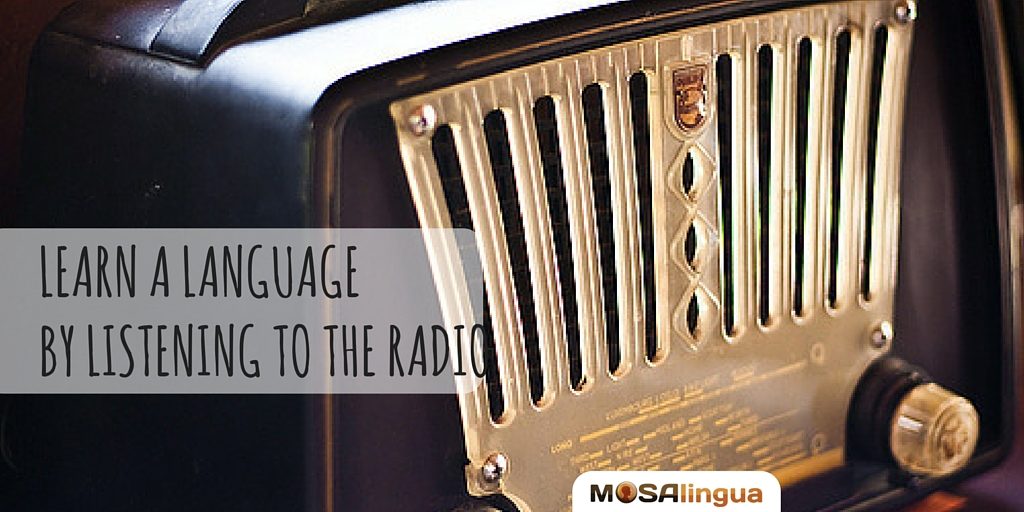 Radio offers an auspicious environment for language learning as it only broadcasts the chosen language. Surrounded by foreign words, you won’t be able to do anything but assimilate them. Even better, you’ll learn the pace, pronunciation and even the intonation of the language (useful when learning languages such as Spanish which use accents a lot). Radio will allow you to advance considerably when learning a language, especially for listening comprehension and pronunciation.

However, learning a language using online radio isn’t the easiest thing to do either. This method requires an amount of motivation, work and time. Here’s our tips:

5 Tips For Learning a Language with Online Radio (Video)

Tip #1: Learning a Language with Online Radio Takes at Least 5 to 10 Minutes a Day 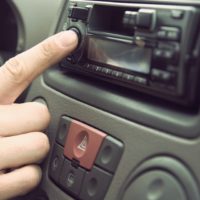 When learning a language using online radio, you need to dedicate 5 to 10 minutes a day to practicing. Obviously, if you can listen for more than the minimum 10 minutes required, it’s even better. Why only 5 to 10 minutes? This amount of time may seem very little. Especially within the 24 hours we dispose of. But you have to know that your brain is still learning, or, rather, assimilating the language after the daily learning sessions. Although for us, it might feel like 5 to 10  minutes, for our brain, learning may constitute of a couple of hours. The learning process comprises various phases:

Actually, the assimilation phase happens a lot during our sleep. During REM sleep, the brain memorizes new information gathered during the day.

All of this to say that 5 to 10 minutes are enough to acquire new information (during the receptive phase) and assimilate them after. If you need help with this, our MosaLingua apps were conceived to allow making progress with only 5 minutes of daily usage.

It’s important though that to progress in the mobilization phase you repeat the process regularly (in other words, every day) in order to reuse the information, and so that they remain in your long-term memory.

Learning a language using online radio only requires that you do it for 5 to 10 minutes every day? To tell you the truth, it’s not too hard to find some spare time (or waiting times) during the day. Such as? When you’re using public transport, when you’re in the toilet, or when you’re going to bed. Put those 5-10 minutes it takes you to get ready before switching off the light to good use. 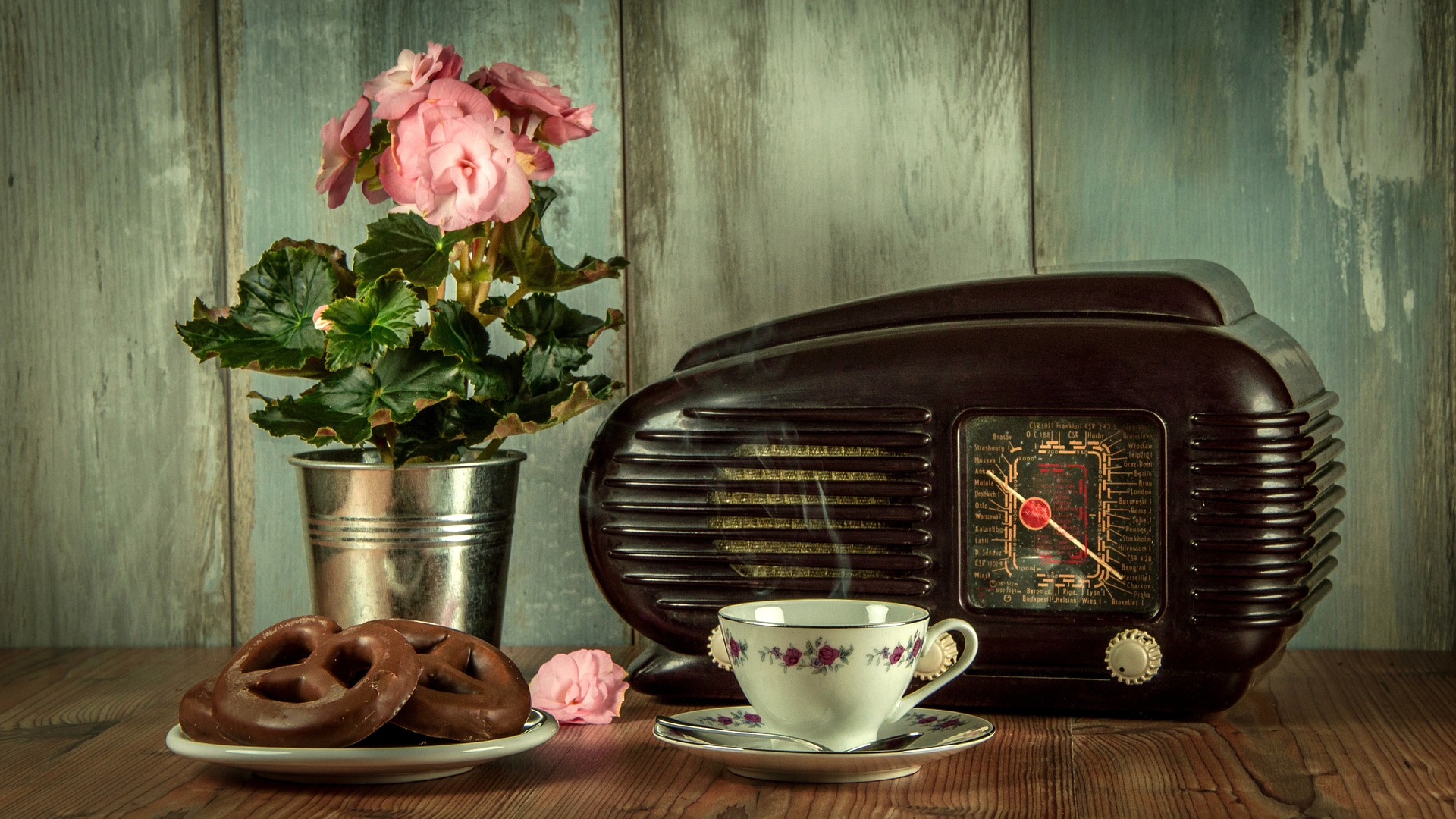 Listening to the radio is one thing, listening to a specific program is another. Because while listening to information or programs on a specific theme will help you learn a language, listening to adverts and music without lyrics won’t do you too much good. Which is why it’s important to choose your radio station well.

News station are the most useful – in my opinion, that is. Why?
The pronunciation is clear, and the vocab is rich. And if it happens to be an international news station, you’ll probably have already heard the information in your native language (which will help you to quickly assimilate the vocab).

The downside of learning a language using online radio, however, is that you can’t read what you’re listening to (as opposed to news channels on TV, for example). This can be a problem if you have to learn a language that is spoken quickly, such as Spanish. So, don’t hesitate to get help with visual help such as MosaLingua. The MosaLingua app offers you vocab lists sorted by themes. Find an online radio station with the theme you’d like to learn on MosaLingua. Or, choose a MosaLingua vocab list that will be useful for understanding the radio station you’ve chosen. Both strategies can make things interesting!

Tip #3: Don’t Get Discouraged when Learning a Language with Online Radio

Better than a tip, this is a motivational paragraph.
Of course, the first 5 to 10 minutes of listening will probably not be an easy task. Everything being new, the flow being different, the new vocab… at first, following a radio program won’t be easy. Which is why repeating the exercise is important. By listening a bit every day, ideally at the same time to follow the same program, you’ll see that you’ll often find yourself listening to the same lexical field, the same phase structure, the same pronunciation. With constant repetition, you’ll quickly assimilate new vocab and a new way of talking (speed, pronunciation, intonation, phrasal construction, etc.). So, don’t despair! After only a few weeks of listening, you’ll already feel more comfortable!

What’s this? Shadowing is a technique which consists of repeating out loud, word by word, and in a clear manner what you’ve just heard over the radio. The most important thing is to reproduce the same words, intonation, sounds and pauses as the speaker. If possible, they should be a native speaker of the language you would like to learn. This technique is all about learning a language just as you yourself learned how to speak: by repeating the sounds you hear.

The shadowing method allows you to:

Tip #5: Reward Yourself From Time to Time!

Well yeah, because, for us, learning a language absolutely does not equate to getting bored doing a tedious activity. Although it is important to listen to a radio program with a rich vocabulary, well-constructed phrases and intonations, alternating these daily 5 to 10 minutes of news with 5 to 10 minutes of listening to music can make things interesting. And that’s because music is a good way of learning vocabulary and pronunciation. Even better, when the learning process is pleasant, you’ll want to do it more often.

If you’re not a big fan of music but prefer sports, nothing’s stopping you from listening to a football or rugby match or the Davis Cup on the radio. That’s totally doable.

By applying these tips, you’ll see that learning a language using online radio isn’t that hard. Even if they have a fast pace, and even if they have a rich vocabulary, these little difficulties will be quickly overcome by regularly repeating this exercise with 5 to 10 minutes per day. So, get listening!

Want to learn a language the fun way? If you’re interested in acclimating your ear to hearing Spanish, Italian, French, or German, and want to improve your listening skills, I also recommend checking out our newest series. MosaSeries is a MosaLingua original, developed specific with our users in mind. You’ll improve your listening comprehension and broaden your vocabulary as you work your way through two seasons of a gripping story.

*Biljana STIKIC, “Language teaching by means of radio during the interwar period”, Document for the history of the French language as a secondary or foreign language. 2004