Not too long ago, we published a list of 5 great British films for improving your English skills. But we couldn’t leave Hollywood out of the conversation, so here are a few of our favorite movies for learning American English. Watching foreign-language movies is one of the best (and most fun!) ways to improve your listening and comprehension skills quickly. You may already be familiar with the “standard” American English accent, especially if you’ve already watched American TV shows or movies. But this list will give you a taste of some regional accents and expressions that you might not be so familiar with. There’s something for everyone, so let’s get started! 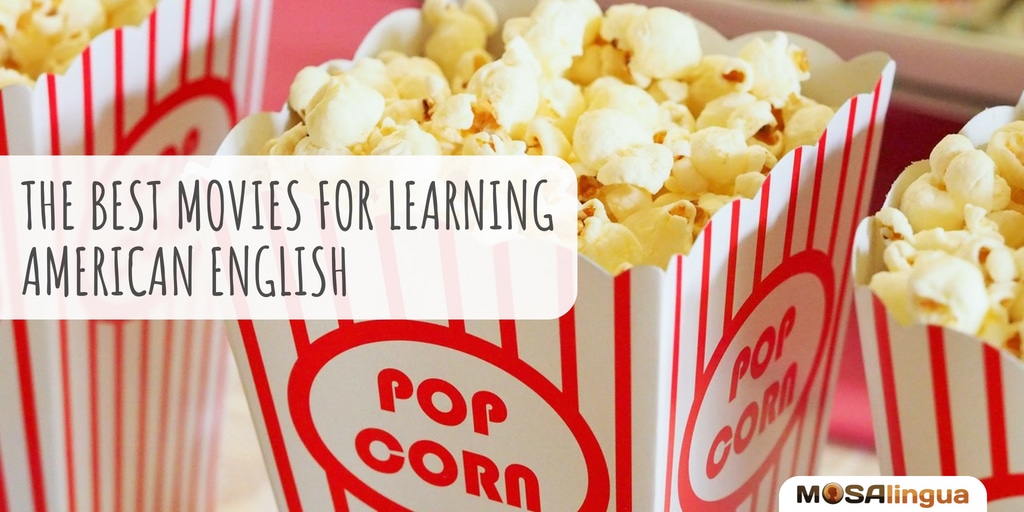 No! Watching movies in English is a great way to improve various skills.

First, by watching movies in English you can learn a ton of slang that you might not otherwise be exposed to with classic teaching/learning methods. You’ll learn real American English, not the stiff, formal vocabulary that is found in most books and classes! Plus, you’ll become familiar with various American accents, which is especially helpful if you had teachers with British accents in school (we think it’s strange that most people learn a UK accent in school, when the vast majority of English content is produced in North America). Not only will you get used to hearing and deciphering American accents, but you can also practice your own accent while you’re at it.

How to Improve Your Skills, Fast

Before you press play on these movies for learning American English, we have a few tips on how to make the most of your cinematic experience. First, it’s a great idea to watch English movies at least twice. The first time you watch something, turn on English sound and English subtitles. You’ll be able to follow along with the dialogues and make connections between the way words are pronounced and the way they are spelled. Plus, you’ll get an idea of the main plot and characters. Then, watch it again without the subtitles, this time focusing on listening and picking up on details that you might have missed the first time around.

If you’re a beginner, you can even watch a movie three times. Once with subtitles in your native language, to practice listening. Next, with English subtitles to get used to English spelling. And then, take the plunge and turn those subtitles off! Focus on enjoying the movie and the fact that you can understand what’s going on!

Another tip: if you’re having trouble with comprehension, practice some targeted vocab. Find out what the movie you want to watch is about, and make a list of words that you think you might hear. Use the Spaced Repetition System, the quickest and easiest way to learn and retain vocabulary, to practice these words with your MosaLingua Learn English app before watching the movie. With less than 10 minutes of practice per day, you can learn over 600 new words in 3 months. And since each word comes with an audio clip of a native speaker’s pronunciation, you’ll improve your accent at the same time.

A Few of Our Favorite Movies for Learning American English

It wasn’t easy to narrow our list down to just 5 of the best movies for learning American English… We love hearing from our users, so let us know what you thought of these and what your own favorites are! Without further ado, here are our top 5 movies for practicing your US accent. 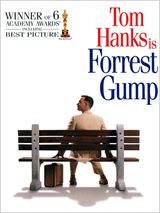 Experience some of the most important years and events in American history through the eyes of the lovable Forrest, “a simple man with a low I.Q. but good intentions.”

Forrest Gump is an American cult classic (and one of my personal favorite movies for learning American English). From the Vietnam War to the Hippie Movement, and a few US presidents along the way, this movie is not only entertaining, but it’s a good lesson in American history, too. Plus, since it’s so popular, you might already be familiar with the plot, which means that you can focus on the English. Hey, you might even try watching it without subtitles. Some characters have pretty thick Southern accents, but people from the American South also tend to speak more slowly. So, take this opportunity to practice your versatility with various accents, and jot down all of the regional expressions that you hear.

2. The Wolf of Wall Street

You could sum up the plot of this movie in just a few words: money, power, women, drugs. Basically, that’s the world that stockbroker Jordan Belfort lives in. If you had all of that at your fingertips, how could you resist the temptation?

A solid movie (like most Scorsese films, to be honest) based on a true story. Plus, it will help you learn business lingo, which is interesting if you work in or are studying finance. Even if you aren’t, The Wolf of Wall Street is still a great movie. 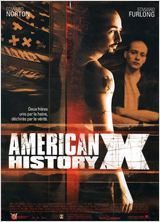 American History X tries to explain the deep-rooted origins of racism in the US through the story of a man named Derek and his family.

Derek wants revenge for his father’s murder by a black drug dealer, so he joins a white supremacist gang, which leads to him committing voluntary manslaughter. His brother, Danny, also gets dragged into the neo-Nazi lifestyle.

Poignant and hard to watch, but a good and informative movie about racism in the US. You may pick up some American slang, but be careful what you repeat. This is a movie that you’ll want to watch more than once, so it’s great for practicing your comprehension skills.

Before you start watching movies in English, download our FREE English vocabulary guide and brush up on the basics that you might need: 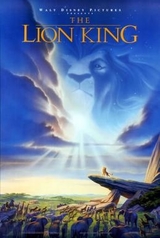 King Mufasa reigns over the plains of Africa. Simba, his son, knows that one day he will follow in his father’s footsteps… but that day comes much sooner than he expected. Throughout the movie, Simba grows up and figures out his place in the world, with Timon and Pumbaa by his side. They teach him a new life philosophy: live worry free, one day at a time.

Yes, The Lion King is an animated movie. But it’s actually very moving, not to mention great for beginners. It features catchy songs that you’ll find yourself singing over and over until you know the lyrics by heart. Like a lot of other Disney and Pixar movies (while you’re at it, I highly recommend WALL-E – there isn’t much dialogue but the not-so-futuristic premise and story are captivating) The Lion King is easy to understand. Since it’s geared toward children — although as an adult it’s still one of my favorite movies for learning American English) — the characters speak somewhat slowly and use basic vocabulary, which is perfect for beginner learners. And like American History X (although unlike it in pretty much every other respect), it’s truly an American classic that you won’t mind watching again and again. 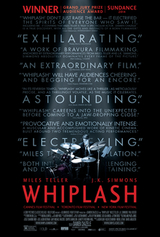 Andrew is 19 and dreams about becoming the best jazz drummer of his time. His competition is stiff, but he is dedicated, and practices tirelessly. His goal is to join a band led by Terence Fletcher, a ruthless but famed conductor. Once Fletcher finally discovers him, Andrew steps up his game and strives for perfection…

We’ve already included some movies that use business English, English for beginners, English slang, and historical English, so why not learn some English musical terms from Whiplash? Plus, the soundtrack is *fire*, and the actors who play the main characters really put on a show.

What Else to Watch

It wasn’t easy to come up with this list of the top 5 movies for learning American English, because there are so many great films out there! If you’ve already seen all five of these (over and over again!), here are a few other ideas:

What are your favorite US films? Share them in the comments section! 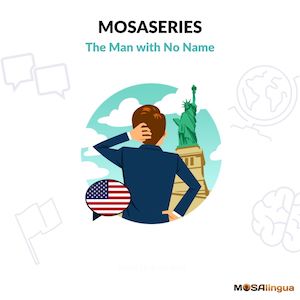 Do you want to improve your listening comprehension in English?
Good news, we have a course for that! MosaSeries English: The Man With No Name. Start your 15-day free trial today and try it risk-free!

MosaSeries is an original and captivating English story divided into short episodes, designed to help you improve your listening skills, broaden your vocabulary, and learn the most important aspects of English grammar.