Knowing and learning languages is one of the best things you can choose to do to develop professionally and personally. Yet that wasn’t always common knowledge. In the past, people thought that learning several languages at the same time was problematic for the brain. Some even believed that it could cause schizophrenic outbreaks or multiple personality disorder. But today we know about the great benefits of learning a second language. They include improved brain development and increased abilities, such as creativity and decision-making. But that’s not all! 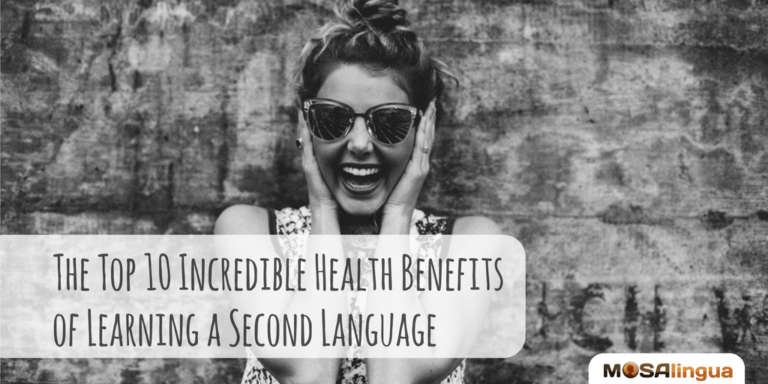 The Incredible Health Benefits of Learning a Second Language

Keep reading to learn about some of the most incredible benefits of being multilingual.

The first of our 10 health benefits of learning a second language is that it increases the volume of different areas of the brain! In 2012, scientists discovered that frequent language practice generates larger hippocampal size and greater cortical thickness. The hippocampus is the cerebral structure whose main task is memory. Study participants did intensive language learning over the course of three months. If you want to change the structure of your own brain, check out this article to find out how to learn a language in three months.)

A study done on nearly 700 people concluded that bilingualism can delay the progression of illnesses such as Alzheimer’s for up to nearly 5 years. We wrote an article on bilingualism and Alzheimer’s if you’re interested in learning more.

The average age for the appearance of dementia in adults is 70, and modern medicine can only postpone it from six to twelve months. For bilinguals, the first symptoms of these diseases are discovered at an average age of 75.

The American Academy of Neurology has acknowledged that “speaking more than one language increases the amount of neural pathways in the brain, allowing information to be processed through a greater variety of channels.” 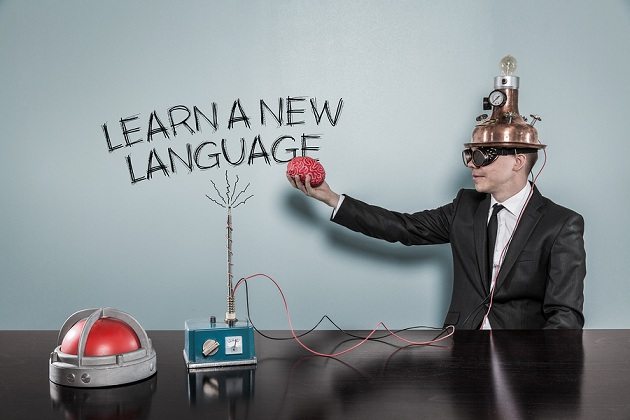 You might think that math and foreign language are two different subjects that don’t have any impact on one another. But they’re actually more related than you think. Several studies have suggested that children who study a foreign language get better results on standardized math (and reading) tests than those who don’t.

Speaking a language that is not your mother tongue often forces you to be creative. Sometimes you have to get imaginative with sentence construction to get around grammar you don’t yet master. And lots of times, you have to come up with an alternative if you don’t know or can’t remember the exact translation of the word you’re thinking of.

This is what various studies have demonstrated, explaining that bilingual people and polyglots are more creative than people who only speak one language. 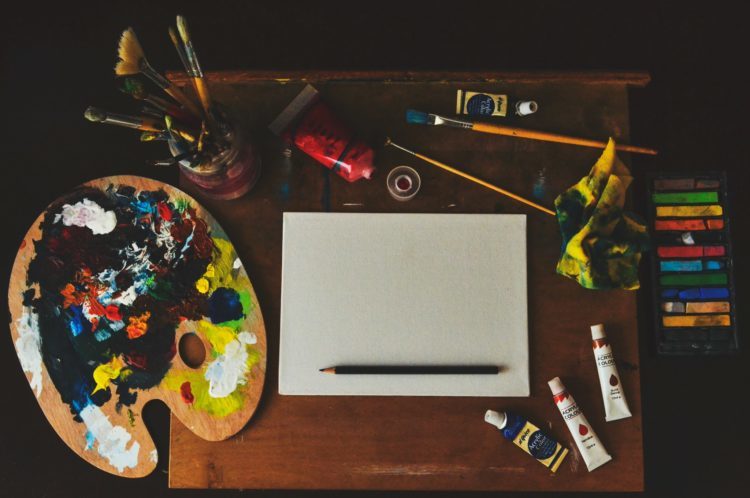 Being bilingual can improve your listening abilities. Think about it: your brain has to work harder to distinguish the sounds in two or more languages.

An interesting study by researchers at Northwestern University found that speaking more than one language “can change the way our senses work together to interpret speech.” More specifically, sight and hearing.

Just saying that you want to learn a new language makes you more confident!

Moreover, trying to have a conversation with a native speaker, especially when you first start out (that’s when you are really out of your comfort zone), makes you braver and makes you feel more confident in yourself. The more you do it, the more comfortable you’ll feel taking risks and making hard decisions. If you need some help overcoming your fear of speaking and finding your confidence, check out this article.

If you want to improve your memory, there is nothing better than practicing and learning a language.

Learning a language requires doing various mental exercises. Various studies have demonstrated that bilingual people are better at remembering names, addresses, even grocery lists. Another study, which tested the memory of monolingual and bilingual children, came to the same conclusions.

A study carried out by scientists at York University found that people who frequently switch from one language to another show better signs of control over their focus. They are able to limit distractions more efficiently than their monolingual counterparts.

Researchers at Pompeu Fabra University in Spain confirmed that people who speak more than one language are better at observing their surroundings and focusing on relevant information. Bilingual people are also able to switch from one task to another more easily, according to this publication. 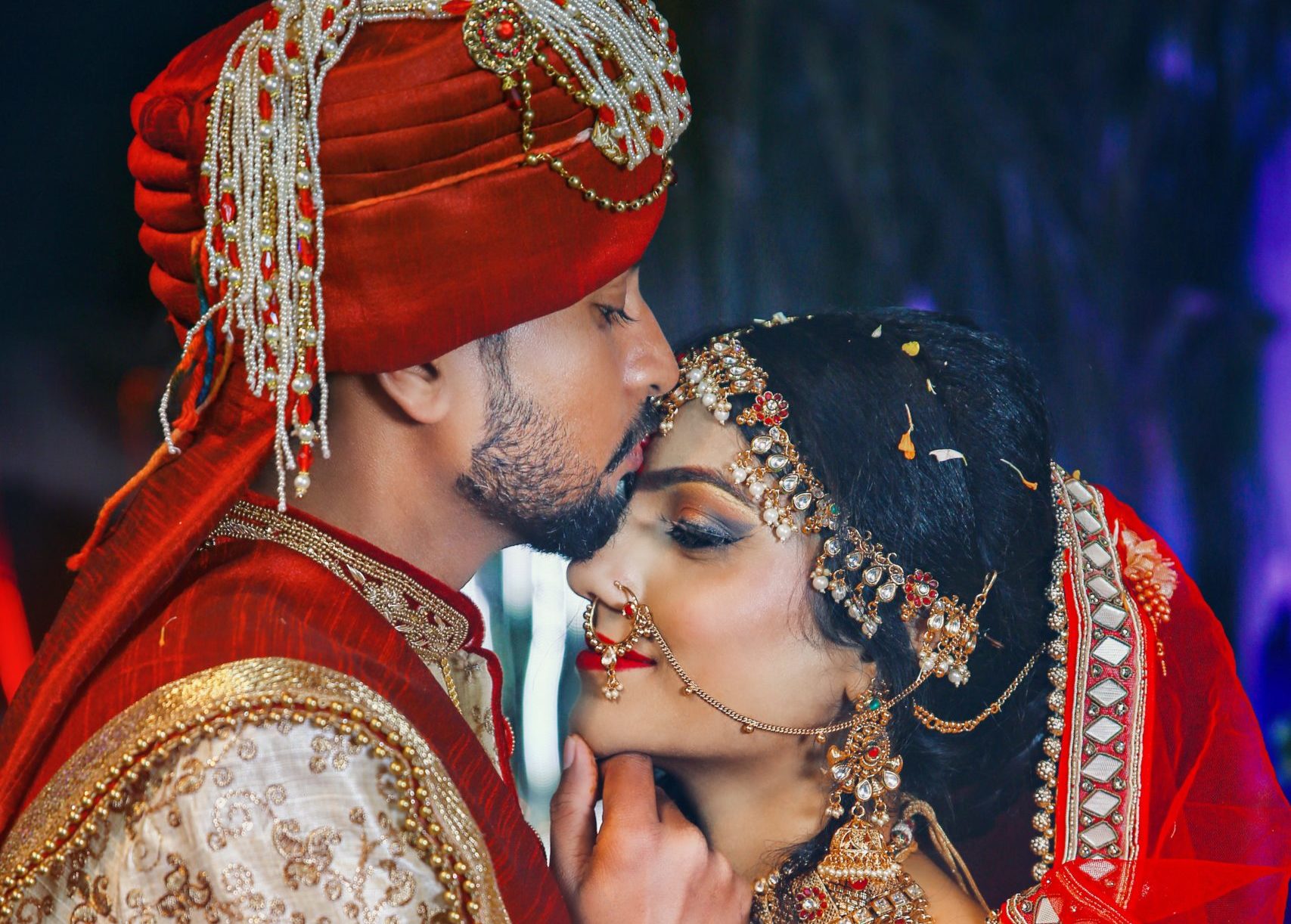 9. Appreciation of other cultures

Learning different languages helps you learn about different cultures than yours.

There is nothing better than opening up to the world to be able to understand new ways of thinking and new cultures. These benefits of learning a second language will enrich your life, and can even make you a better person.

10. Better understanding of your native language

Everyone knows that people are most proficient in their native language. But I bet you still make some grammar or spelling mistakes sometimes. I know I do. Although it seems counterintuitive, you can actually improve your first language by learning a second (or third) one!

Geoffrey Willans once said, “You can never understand one language until you understand at least two.”

Other Advantages of Being Bilingual

If you are interested in this topic, read our article about the benefits of not just learning another language, but being bilingual. We’ve covered several different aspects of bilingualism on our blog:

These were just a few of the most important benefits of learning a second language. Not only for your health but also for your and culture and overall wellbeing. So if you’ve been kicking around the idea of learning a new language, now you have ten good reasons to do it!

If you know of any other benefits of learning a second language or being multilingual, let us know in the comments!

This article was written in collaboration with Lifeder.