A really fun way to learn French without even realizing you’re learning it is through watching French TV shows. For all of you studying French, or for those of you looking to enjoy learning, we’ve gone over some of the best French TV shows.

The reality is that French is not a simple language to learn, especially if you are just getting started, as there are many complicated grammar and pronunciation rules that you must strictly follow. By sitting down to watch French TV shows, you can not only increase your French vocabulary but also improve your pronunciation. This is why we’ve put together a list of the top seven French TV shows to improve your French. 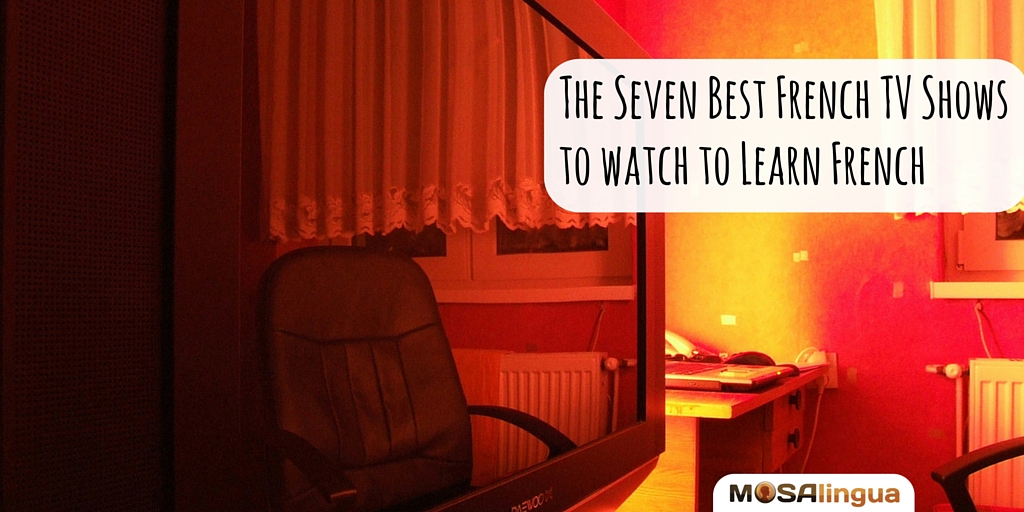 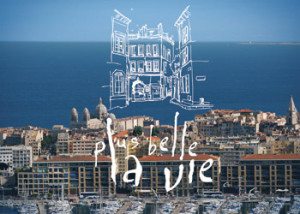 This French TV show has been running since 2004 in France. At over 3,700 episodes, Plus belle la vie (Life’s So Sweet) has more episodes than any other French series. It tells the story of the inhabitants of a fictional neighborhood in Marseille. The plotlines follow the characters’ daily lives and often some sort of detective or murder mystery. It’s a great French TV show, and its massive number of episodes will keep you supplied with learning material for quite some time. It isn’t the best French cinema has to offer, but it’s rich with useful and practical dialogue for learning French. 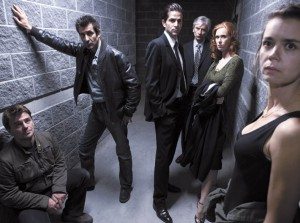 If the image is any indicator, Spiral is one of the grimmer French TV shows. It takes a look at the French judicial system through the eyes of four characters: a young prosecutor, a police chief, an investigative judge and a criminal lawyer. The series may not be easy for beginners to follow, but the story is amazing and its sense of realism is realized very well. It’s a great series to watch even if you are just still learning French. 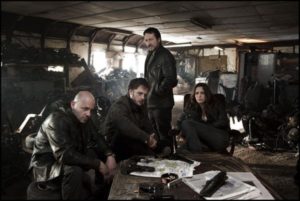 Four seasons long, Braquo follows the story of four police officers. After having been wrongfully accused of a crime, one of their partners commits suicide, and the police officers set out on a path to avenge his honor. 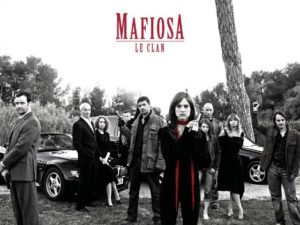 In accordance with her assassinated uncle’s wishes, Sandra Paoli finds herself at the head of a Sicilian mafia family at 30 years old. She must assert her authority in order to earn the fear and respect of a world of violence, which is far what she’s been used to.

This show tells the tale of a fictional village francais, Jura, which has been under Nazi occupation for 4 years. It’s an interesting show which passes on an important part of French history which is often undertold. It takes place during the liberation of occupied France and ran for seven seasons. 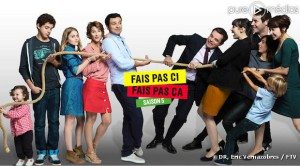 The Bouley and Lepic families are neighbors, friends and total opposites. From their style of dress to the style of their children’s education. The Bouley family is a modern, liberal family and questions the traditional importance put on education and etiquette, instead encouraging dialogue with their children. The Lepics are polar opposites, stressing authority, success, and conservative values in their family life. For seven seasons over seven years, Fais pas ci, fais pas ça tests the limits of these families’ values. It’s a great series and pleasant to watch. 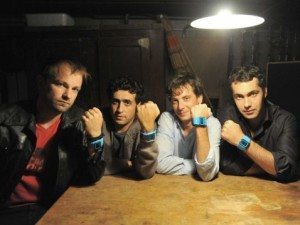 This is a shorter series, but still one of the best French TV shows. Les Invincibles follows four friends who are soon turning thirty. In order to get back lost time, they create a pact to reclaim the immaturity, mischief, and craziness of their 20s.

And Speaking of Series…

Have you heard of L’Homme Sans Nom? It’s an original and gripping audio series that’ll help you improve your French listening comprehension in a fun way. Little by little, over the course of 2 seasons, you’ll work on your listening skills, learn tons of new and useful vocab, and pick up important grammar and conjugation.

Do you have any other suggestions for the best French TV shows? Comment below! If you’re more of a movie fan, check out our picks for the top French movies for learning French.