Here’s a fun and effective way to practice and learn Italian: watch some of the best Italian movies with English subtitles on! There is an enormous number of Italian films out there. I’ve chosen some that are not only amazingly good, but I also chose them specifically for those trying to learn this beautiful language. It worked out well, because besides being Italian, I’m also a huge movie buff! Let’s take a look at some of the best full-length Italian movies to watch with subtitles! 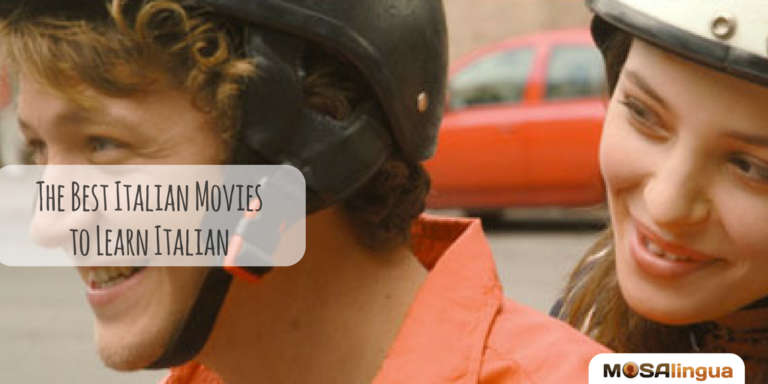 How to Watch the Best Italian Movies with English Subtitles

We’ve already explained the fundamentals and advantages of this method and how to gain the most benefits from watching foreign films in our article dedicated to Spanish. We suggest reading the introduction of that article before continuing to our list of films.

Once again, I assure you this works just as well with the Italian language. Even if you can only understand a few words here and there when you start, your level of oral comprehension will increase without much effort by regularly watching movies in your target language.

Before watching these great Italian films, make sure to download our phrasebook to learn some Italian vocabulary and understand them even better:

The Best Italian Movies to Watch With Subtitles

The Best of Youth 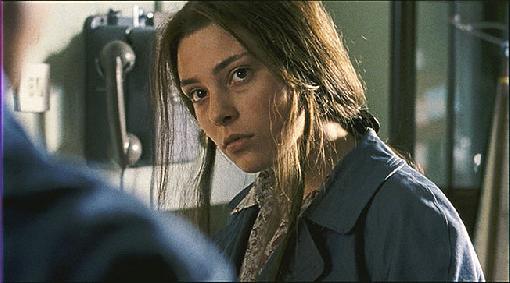 Nicola and Matteo are two brothers who share a lot of the same dreams and aspirations, but events in their life will lead them down different paths.

The Best of Youth is an excellent Italian movie because, other than the characters’ stories (which are very touching and well told), it allows us to trace events that have shaped modern Italy. The struggle against the Sicilian Mafia, the flooding of Florence, and their national team’s great football matches – to name a few.

This is a must-see of the best Italian movies with film subtitles. 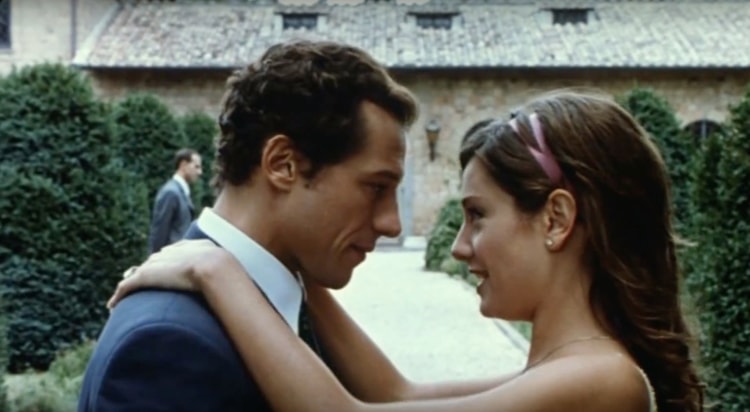 This movie depicts the crisis of a thirty-year old, facing imminent responsibility and craving change, with no filters. A beautiful film starring an inspired group of actors. I’ve watched this movie a couple times, and I think it will really help someone trying to learn Italian.

Although I usually don’t like sequels, I have to say that the sequel to this Italian film, Kiss Me Again, is not bad at all!

From the same director, done in a somewhat similar style (but this time on the crisis of an Italian family), I also recommend the Italian film, Remember Me, My Love, which is available on Amazon.

The Manual of Love 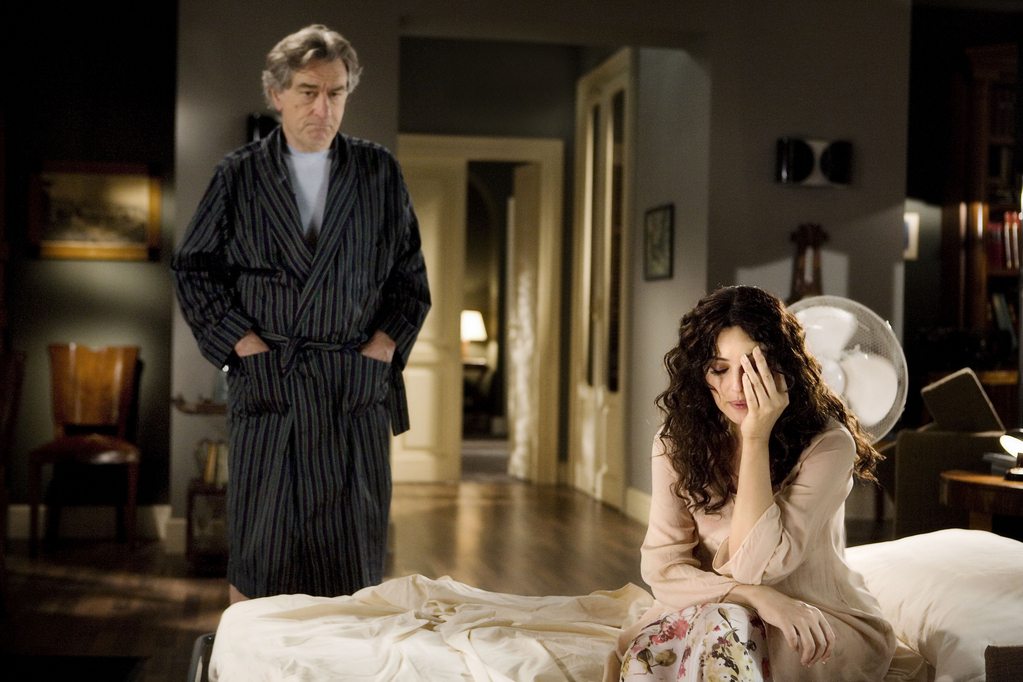 Although a light comedy, it’s still a very useful tool for learning relationship vocabulary. Actually, The Manual of Love touches on all stages of relationships: meeting each other, love at first sight, life as a couple, fights, and separation.

The characters in this movie are incredibly likable. It’s a perfect way to cheerfully enjoy the night, all while practicing Italian!

If you liked the movie, there are also two sequel movies in Italian, The Manual of Love 2 and The Ages of Love, both of which you may enjoy. 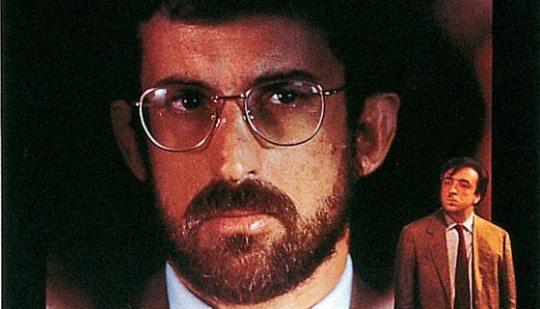 An unforgettable look into the Italian political world, given though the eyes of Luciano, a ghostwriter tasked with writing the speeches of Cesare Botero, the Minister of Industry. In watching this movie in Italian, what shocked me the most was its relevance (even if it did come out 25+ years ago). Is it proof that politics and their protagonists never change?

Nanni Moretti, an important Italian director who has won many international awards, plays the protagonist of this Italian film remarkably well. Among his other films, I also recommend:

We Have a Pope

The best foreign film at last year’s Oscars, this film is a true masterpiece. Frankly, I love it. The Great Beauty, on one hand, recounts the incredible beauty of Italy and its capital, Rome, and on the other hand, the cultural decline of certain aspects of Italian society.

It’s a film that deserves to be watched many times over since it’s perfect for practicing and perfecting your Italian language skills.

I love this movie’s director, Paolo Sorentino. Here are some of his other movies I recommend:

The Consequences of Love

In addition to the short list I’ve already given you, here are some of my favorite classic Italian movies. 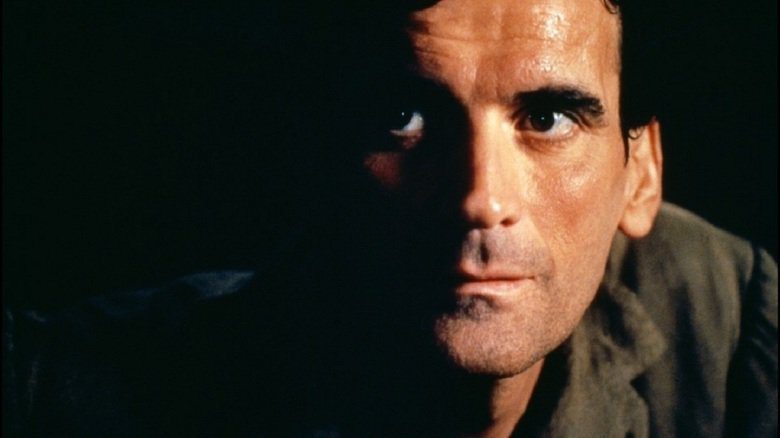 Do you love romance? In this film, an Italian postman falls in love with poetry while delivering the mail for a famous poet. He woos a beautiful woman named Beatrice. This film was directed in 1994 by Michael Redford, but is set in 1950 on a small Italian island where the famous Chilean poet, Pablo Nerudo, is living in exile. Writer/star Massimo Troisi actually put off getting heart surgery in order to complete the film. Tragically, he suffered from a fatal heart attack the very next day.

Or watch the trailer: 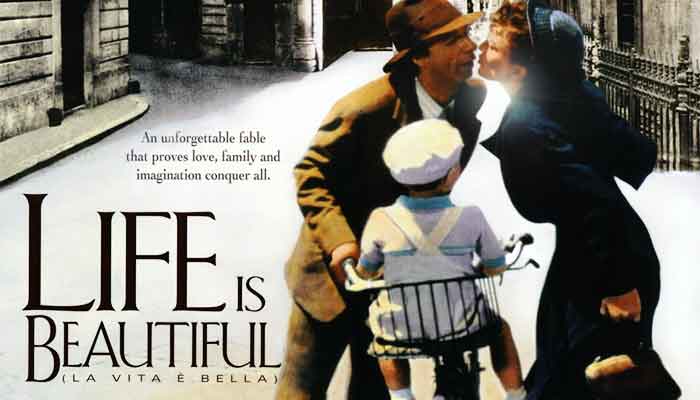 This movie is about a Jewish librarian and his son, who become Holocaust victims. The librarian must use his imagination and humor to protect his son from the camp. Life is Beautiful came out in 1997. This Italian comedy-drama stars Roberto Benign, who also directed it. He plays a Jewish Italian book shop owner, who uses his imagination to protect his son from the horrors of the Nazi concentration camp. Although the topic of this movie is touchy, Beningni does an excellent job of brining humor and lightness to it. 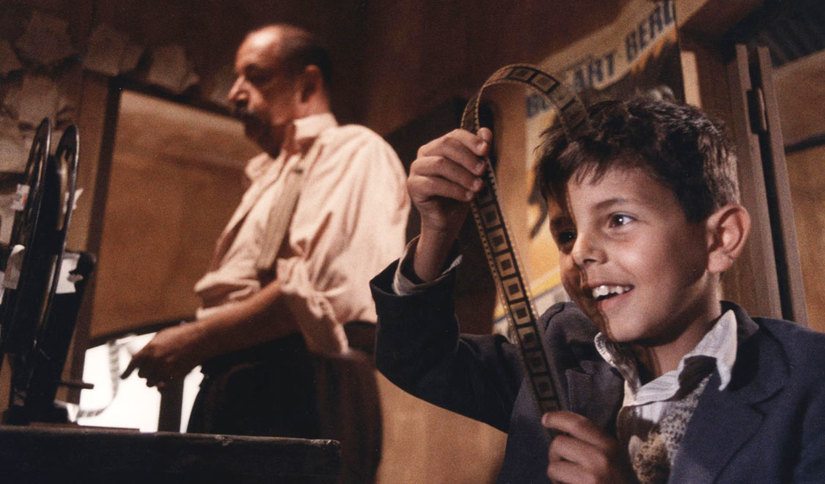 A filmmaker looks back on his childhood when he fell in love with seeing movies at his town’s theater and became friends with the theater projectionist. Cinema Paradiso is an Italian drama. It was filmed in 1988 and written and directed by Giuseppe Tornatore. Not only will it help you improve your Italian, but it’s also an excellent film. It even won an Academy Award for the Best Foreign Language Film of its time.

A Fistful of Dollars 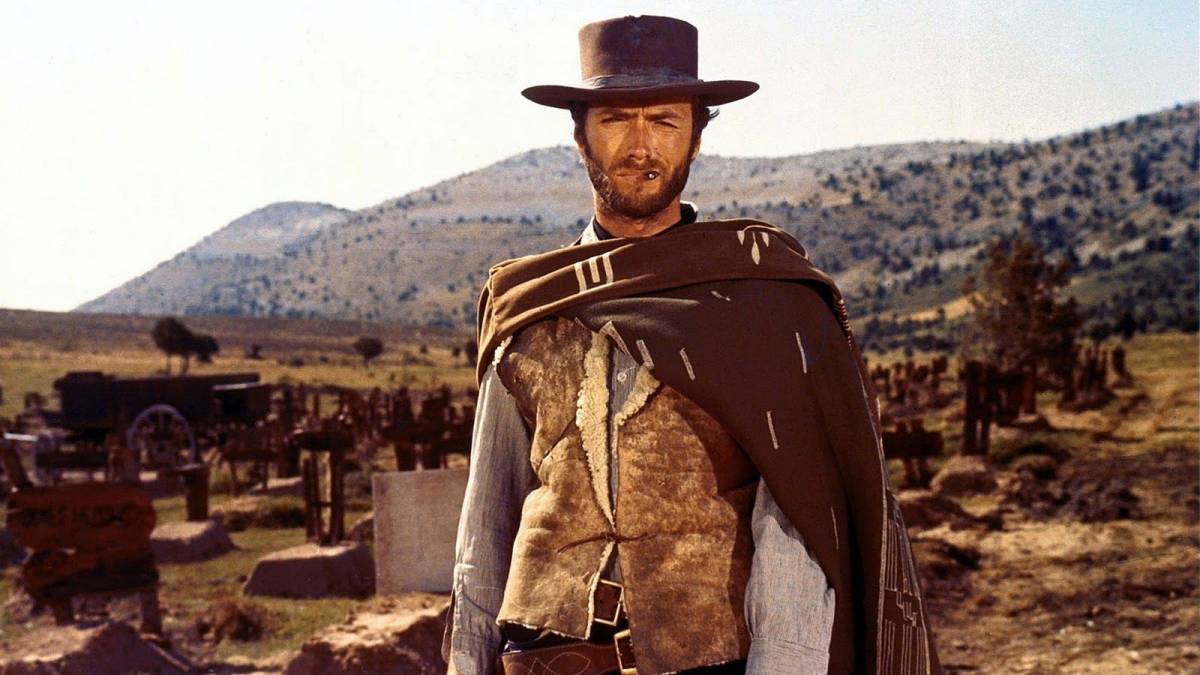 A gunfighter pits two rival families against each other while pride, revenge, and greed tears a town apart. A Fistful of Dollars is a western film starring Clint Eastwood. It was his first leading role and was released in Italy three years (1964) before it was released in the United States (1967). If you like spaghetti westerns, and would also like to improve your Italian, this movie is for you! 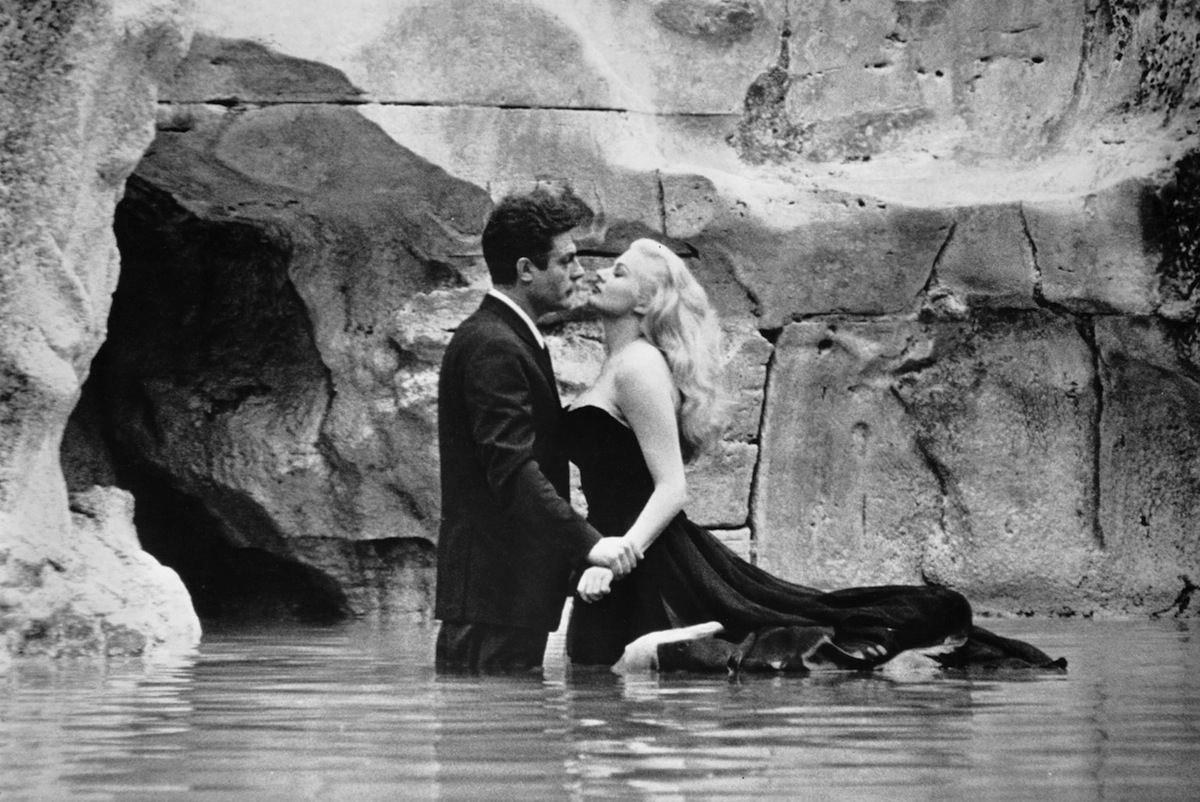 This is a series of short stories that follow a week in the life of a paparazzo journalist in Rome. La Dolce Vita means “the sweet life” in Italian. The film was shot in 1960 as a comedy-drama. It won the Golden Palm at the 1960 Cannes Film Festival. People consider it one of the most critically acclaimed movies of its time. A must-see! 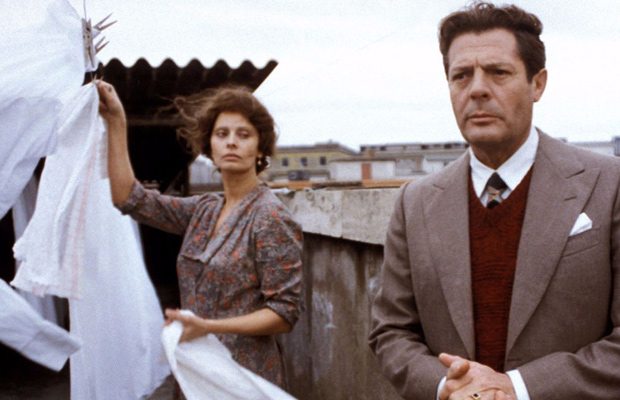 This film is about a housewife, persecuted journalist and two neighbors that meet during Hitler’s visit to Italy in 1938. A Special Day was filmed in 1977 and is set in Rome. Although this film is Italian, it is considered an “Italian-Canadian co-production.” Although it is a heavier film, it is worth a watch for its intriguing dialogue and historical implications.

Finally, although it’s not a movie, check out L’Uomo Senza Nome. It’s an original and gripping audio series that’ll help you improve your Italian listening comprehension in a fun way. Little by little, over the course of 24 episodes, you’ll work on your listening skills, learn tons of new and useful vocab, and pick up important grammar and conjugation. Have fun learning!

What about you? Do you know any other films that deserve to be on this list? Let us know in the comments! Happy watching and happy learning! 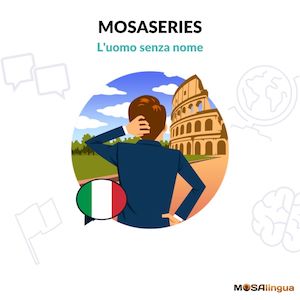