The HSK, short for Hanyu Shuiping Kaoshi, is the standard Chinese proficiency test for non-native speakers all over the world. If you’re familiar with the Test of English as a Foreign Language (TOEFL), it might be helpful to think of the HSK as the Mandarin equivalent. Passing a higher level of the HSK test can be an extremely valuable asset on your resume if you’re looking to study or work in China. However, taking the HSK isn’t for everyone. If you’re learning Chinese for fun, to travel, or to communicate with family, it might not be worth the effort.

The test has been around since 1984, but it underwent a complete restructuring in 2010. However, since 2010, the format of the test has remained largely the same. If you’re wondering if the HSK is right for you and your personal goals, keep on reading! In this article, we’ll be covering the basics of the HSK and giving our best tips on how to study! 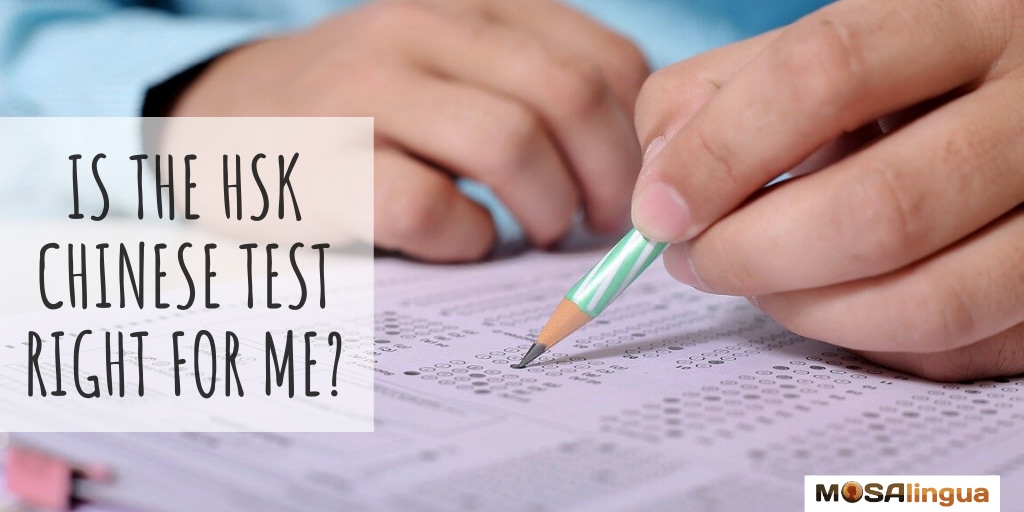 What Is the HSK Test?

The HSK test was first developed at Beijing Language and Culture University in 1984. It became a national standardized test in 1992, and had been administered over 100 million times by 2005.

Now, the HSK is administered by the Hanban, also known as the Confucius Institute Headquarters. The Hanban is a branch of the People’s Republic of China Ministry of Education. Since the test’s major restructuring in 2010, there have been 6 written levels of the HSK. As the level numbers increase, the difficulty of the test also increases. This means that passing Level 6 of the HSK suggests a much higher degree of Chinese proficiency than passing Level 4, or Level 2.

What Are the Written Levels of the HSK Test?

Each level of the Hanyu Shuiping Kaoshi represents a level of language ability. The higher the level, the higher the Chinese proficiency required to successfully pass the test.

Level 1 of the HSK test consists of a 20-question listening portion and a 20-question reading portion. Passing Level 1 means that you are able to understand and use simple Chinese characters and sentences and have a vocabulary of 150 words.

Next, level 2, is more difficult, consisting of a 35-question listening portion and a 25-question reading portion. Passing Level 2 means that you are able to communicate in basic tasks that require the transmission of basic information regarding areas like family, shopping, local geography, and employment. You would need to know 300 words to pass this level.

Level 3 is the first level of the HSK to include a writing portion in addition to the listening and reading portion. In Level 3, the listening portion is 40 questions, the reading portion is 30 questions, and the writing portion has 10 items. If you pass Level 3, that means that you have intermediate proficiency in Chinese and can comfortably carry on with a conversation that might arise during a visit to China (work, school, leisure activities). You should be able to provide basic information regarding areas of personal interest or personal opinions, too. This level requires a working vocabulary of 600 words.

Level 4 consists of a 45-question listening section, a 40-question reading section, and a 15-item writing section. Passing Level 4 requires upper immediate proficiency in Chinese, and can be achieved by learners who can converse about concrete and abstract topics. If you’re considering taking Level 4, you should already be able to comfortably and spontaneously converse with native Chinese speakers without running into frequent communication strain. Here, you would need to have a vocabulary of 1200 words.

This is the first advanced level of the HSK test. It consists of a 45-question listening section, a 45-question reading section, and a 10-item writing section. If you pass Level 5, that means that you’re able to understand Chinese newspapers, magazines, and films. You’d also be able to write and deliver a speech in Chinese. Again, the vocabulary needed grows dramatically, totaling 2500 words.

And finally, the most difficult level of the HSK, consisting of a 50-question listening section, a 50-question reading section, and an entire written composition section. If you pass Level 6, that means that you’ve achieved near-fluency in reading, writing, listening, and speaking, and can communicate eloquently and precisely about practically any topic. Finally, to pass the Level 6 Hanyu Shuiping Kaoshi exam, you’d need to know over 5000 words.

What Are the Speaking Levels of the HSK?

Level 2 of the speaking portion corresponds to Levels 3 and 4 of the written test. It consists of 10 listen-and-repeat items, 2 picture description items, and 2 answer-the-question items, totaling 14 items.

Finally, Level 3 of the speaking portion, which corresponds to Levels 5 and 6 of the written test. It consists of 3 listen-and-repeat items, 1 read aloud item, and 2 answer-the-question items, totaling 6 items. Although the number of tasks decreases with each level, the difficulty of each individual task increases.

Who Should Take the HSK Test?

Taking the HSK is definitely a major personal choice. Studying for the test requires a lot of time and effort, no matter what level you’re taking. Most people who take the HSK are either students or professionals looking to work in China.

If you’re a foreign student looking to study abroad in China, you’ll likely be required to take the HSK. And you’re going to want to start studying well in advance. Most Chinese universities require that their foreign students pass Level 4, 5, or 6 of the HSK in order to get admitted.

If you’re looking for a job in China, the HSK can be a great addition to your resume. Although not all Chinese jobs require Chinese fluency, demonstrating Chinese proficiency can go a long way in proving your commitment and enthusiasm for the job. Again, to get a leg up on your competitors, you should aim to pass HSK Level 4, 5, or 6. It will really impress a potential employer.

If you’re just learning Chinese for fun, to better communicate with friends, or to get in touch with your roots, you probably don’t need to take the HSK. After all, taking it does cost money, and if you don’t need the certification for work or school it might not be worth it.

How Do I Study for the HSK Test?

This might seem intimidating, but luckily, you only need a score of 60% or above to pass any given level. Of course, just memorizing vocabulary words isn’t enough to pass the test. The test will ask you to read and listen to Chinese sentences containing these vocabulary words. That means that you’ll also need to be familiar with Chinese grammar conventions and context.

There are a lot of useful resources out there to help you improve your Chinese. The China Education Center site provides invaluable summaries of all of the skills necessary to pass each level of the HSK, as well as a master vocabulary list that contains all 5000 words that appear on all 6 levels of the HSK.

Additionally, there are quite a few Chinese courses, a few of which align their curriculum with the HSK. If you want to get a better feel for what the tests are like, you can find some practice tests at Dig Mandarin. There’s even an app, HSK Online, devoted specifically to studying for the HSK tests.

Taking the Hanyu Shuiping Kaoshi is a major commitment. So, it’s important to do your research and find out whether or not you actually need to take it, and if you do, which level you should take. If you’re a student or a professional seeking to work in China, passing a higher level of the HSK can set you up for success in your studies or in your future career.

These kinds of standardized tests can be very daunting. Hopefully these resources will help you determine whether or not the HSK is right for you, as well as guide you towards success on any level!

About the author: Nick Dahlhoff moved to Beijing to work as an English teacher in 2016. Since then, he has been studying Chinese and started All Language Resources – a site which helps language learners figure out which resources are worth using and which ones ought to be avoided. 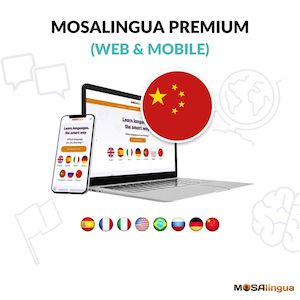 Filed Under: ChineseTagged With: test