With the release of the latest MosaLingua English to Russian app (download it today if you haven’t already!) many users may be feeling excited, intrigued, but somewhat nervous. You may have heard rumors about how hard it is to learn Russian, especially as an Anglophone. Though there are lots of convincing reasons to learn Russian, it can be a scary commitment to make. Unfamiliarity with the culture, due to the fact that Russian movies, music, and books often don’t make it all the way to America and England, might also be contributing to these feelings of doubt. But is Russian actually as foreign as you think? 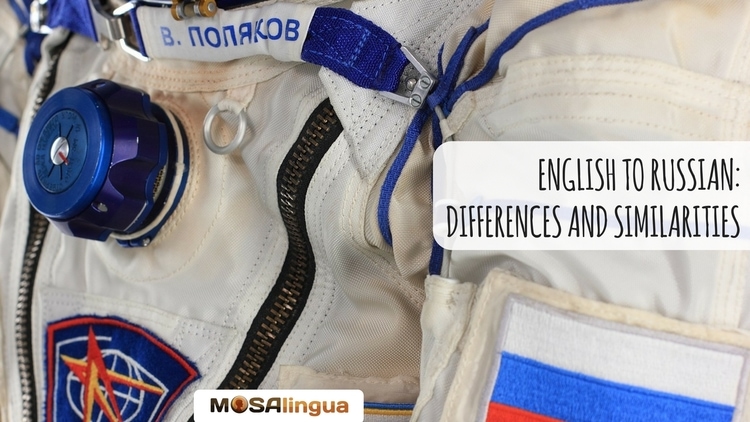 English to Russian: How Great Are the Linguistic Differences Between These Two Languages?

We wanted to know what the main differences are between these two languages, and how easy or difficult of a time an Anglophone might have switching gears from their native English to Russian. We’ve broken these differences down into a few categories and evaluated each of them. We’ll let you come to your own conclusions about difficulty after you try out the new Learn Russian app. But keep these differences (and similarities) in mind while you do!

First of all, are you confused about the title picture we chose for this post? Any guesses? Fun fact alert! Although English is widely spoken in space, it is actually now a requirement for all astronauts in the International Space Station to be proficient in Russian as well. In fact, the two languages mingle so much in orbit that they’ve even produced a love child: Runglish. Yep, Russian to English at its finest. Learn more about this hybrid language in this fascinating article.

Okay, back to our regularly scheduled program!

Let’s jump right in. On perhaps the most basic level, there is one very obvious difference between English and Russian: the alphabet. The Cyrillic alphabet alone can be one powerful dissuader for English speakers who are thinking about learning Russian. With languages like Spanish and Italian, English speakers can at least guess the pronunciation or meaning of a word. Russian words, on the other hand, look very cryptic.

But take a closer look… I bet there are some letters you recognize. In fact, six letters look and sound almost exactly the same as in English: А, Е, К, М, О, and Т. That’s about 18% of the 33-letter Cyrillic alphabet that you already know!

We recommend the Russian to English dictionary (and vice versa) OpenRussian. For one, because it has a handy keyboard for typing in Cyrillic and looking up Russian words.

Of course, Russian letters aren’t nearly as difficult to remember and write as, say, Chinese or Japanese characters. Read our article about how to learn the Russian alphabet and you’ll understand what we mean. You can even unlock a bonus lesson in your MosaLingua Russian app that will teach you how to read the Cyrillic alphabet in just a few hours’ time! Once you learn the rest of the Cyrillic letters, and you train your brain to switch over from English to Russian, their pronunciation is actually quite simple. Read on…

Pronunciation: Repeat After Me…

In terms of pronunciation, making the switch from English to Russian is actually very easy. The main difference between Russian and English pronunciation is that English pronunciation makes non-natives (and sometimes native speakers, too) want to rip their hair out. Just kidding, it’s not quite that cut and dry. But Russian pronunciation generally follows pretty clear rules, while English, of course, does not. (Take the words “trough,” “through,” “rough,” “though,” as examples. Yeah.)

Take a look at this Wiki that provides the IPA (International Phonetic Alphabet) sound for each Russian letter, as well as its English approximation. You’ll notice that the two languages aren’t so dissimilar after all.

Russian doesn’t quite have a one-to-one letter to phoneme (sound) ratio, but it’s pretty close. For comparison, English was found to be 40 times more complex in this respect than Spanish. Although the study that came to this conclusion did not look at Russian, we can assume that it falls somewhere closer to Spanish on the pronunciation complexity scale.

There are some particularities to get used to in Russian, like the hard and soft signs ь and ъ. iTalki also wrote a helpful article about typical Russian pronunciation mistakes that learners make. Lucky for you, MosaLingua’s speaking-focused learning method is great for mastering Russian pronunciation. For any words that aren’t included in our Learn Russian app, we recommend Forvo Russian. It’s a site where people post audio of themselves saying words in different languages. So if you’re unsure of the pronunciation of an English to Russian translation, click here and type it in!

Now that you’re probably convinced that Russian and English aren’t that different, let’s throw a wrench into things. A big wrench. Introducing: Russian grammar. I won’t go into all of the gritty detail here. There are some short Russian grammar lessons included in the MosaLingua app, and plenty of other online resources if you want to get an in-depth look! But here are some of the big differences between the grammar in these two languages. 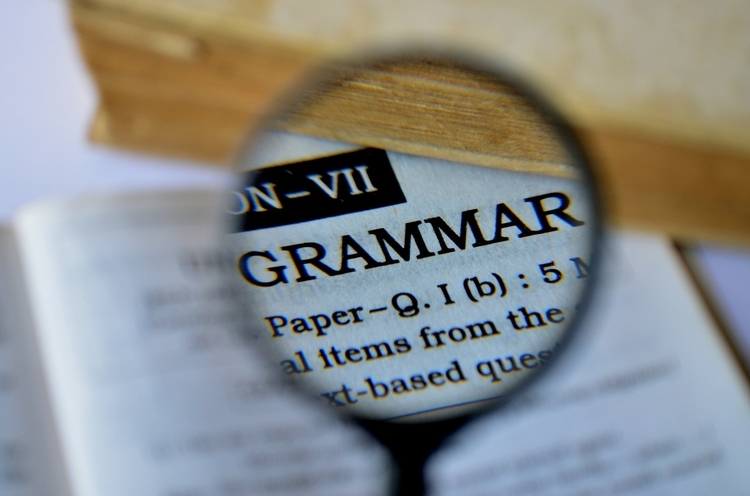 Russian actually has fewer tenses than English, but it does feature more of something called cases. These basically change the ending of a word depending on its function in a certain sentence context. To give you an idea of the complexity of this aspect of Russian grammar, English has 8 personal pronoun variants. (I, you, he, she, it, we, you, and they.) How many does Russian have? A casual 48… This is all because of cases. And this is why machines have such a hard time performing English to Russian translation.

Word order doesn’t matter as much grammatically in Russian as it does in English. That means that you don’t always have to follow the strict subject-verb-object rule. You’d think this would make constructing sentences in Russian easier, but it actually just gives the language more subtleties. Russians use different word order to emphasize certain points. Beginners might not pick up on this when simply trying to understand a sentence’s basic meaning from the words present.

Now that you know some of the main similarities and differences between these two languages, you’re ready to jump in! Download the MosaLingua Learn Russian app today! And while you’re at it, make sure to check out these Russian expressions for some language fun. Happy learning 🙂