One of my favorite things about studying languages is learning about all of the culture, history, geography, and other factors that have influenced a language over time. In fact, I love the topic so much, that I’ve done videos sharing facts about Spanish and facts about French! If you enjoy this article, be sure to check those out, too. Whether you’re learning English or a native speaker, I bet you’ll find some new fun facts about English! Ready for some trivia? 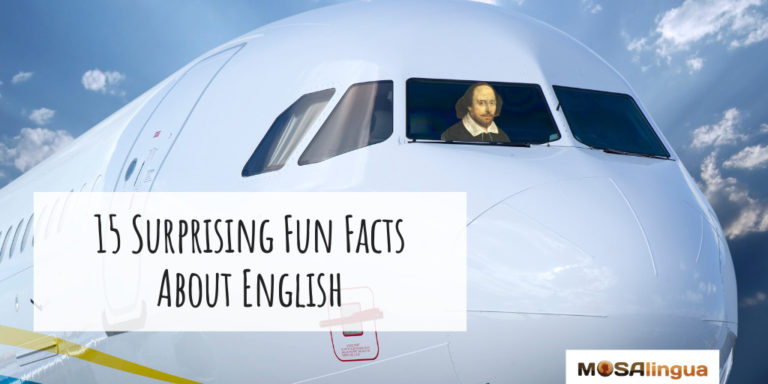 15 Fun Facts About the English Language

Get ready to impress your friends with some fun and surprising facts about English! Lisa Joy came up with 15 intriguing and impressive tidbits to share with you in her latest video. Read them right here, or scroll to the end to watch her video.

The English language originates from what is now known as northwest Germany and the Netherlands.

In fact, the word “English” comes from the Angles, a Germanic tribe that conquered parts of Great Britain in the 5th century. The original word was “Englisc,” which means “pertaining to the Angles.”

More on word origins: The word “goodbye” originally comes from an Old English phrase meaning “God be with you.”

Etymologically, “Great Britain” is thought to derive from a Celtic word meaning “great land of the tattooed.”

English is the only major language that doesn’t have an organization responsible for its evolution in terms of usage, grammar, and vocabulary. As opposed to the German Rat für deutsche Rechtschreibung, the French Académie Française, and the Spanish Real Academia Española. 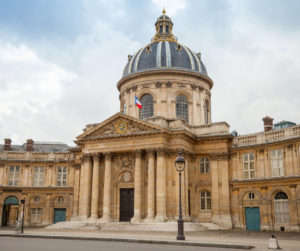 The Académie Française is housed at the Institut de France in Paris.

Nevertheless, not having any organization doesn’t stop the English language from evolving, and the proof is that approximately 4,000 words are added each year to the dictionary. Words added in the last few years include:

When Shakespeare was alive, he himself added over 1,000 words to the English language. And many words are still used today, some of them are: “blushing,” “torture,” “addiction,” and “birthplace.” The famous poet also invented well-known English expressions such as: “to be cold-blooded” and “to break the ice.”

And do you know what the official language of the US is? I’m sure you’d say it’s English, obviously. Well, nope, it’s not!

There are also several other US territories that list both English and other languages as official.

There are at least seven different ways to spell the “ee” sound in English. And this sentence contains all of them:

“He believed Caesar could see the people seizing the seas.”

If you’re going to write a poem to your crush, try to avoid these words:

They do not rhyme with any other words.

(Although, with a little creativity and manipulation, anything is possible! Watch Eminem tackle the challenge of rhyming with “orange” in this video.)

Words that are used to fill in time when speaking, such as “like” or “basically” are called crutch words (and should best be avoided!).

They can, however, be a useful tool in a language learner’s toolbox – few things will help you sound like a native speaker more than slipping these words into your conversation. They can also give you an extra second to gather your thoughts. If you’re going to go this route, just make sure that you familiarize yourself with the most common “crutch words” in your target language. Your plan will backfire if you slip into using your native language!

English is full of palindromes. What’s a palindrome? They are words and phrases that read the same backward as forward:

But the phrases are the ones that blow my mind. Check these out:

Finally, last but not least – the longest word in English refers to a medical term, a lung disease caused by inhaling sand, dust, or ash: pneumonoultramicroscopicsilicovolcanoconiosis.

If you’d like to watch Lisa’s video on this topic, you can head over to our YouTube channel. The video is in English, but there are subtitles available in French, German, Italian, Portuguese, and Spanish. Just click the Settings gear at the bottom right to turn them on. You can also adjust the playback speed if you’d like.

Filed Under: EnglishTagged With: fun video