Reading is one of the fundamental skills for learning a foreign language. And French children’s books are a great place to start when teaching your kids, or learning as a family. We explain why kids books are so helpful, and suggest a few of our favorites to get you started. Bonne lecture! 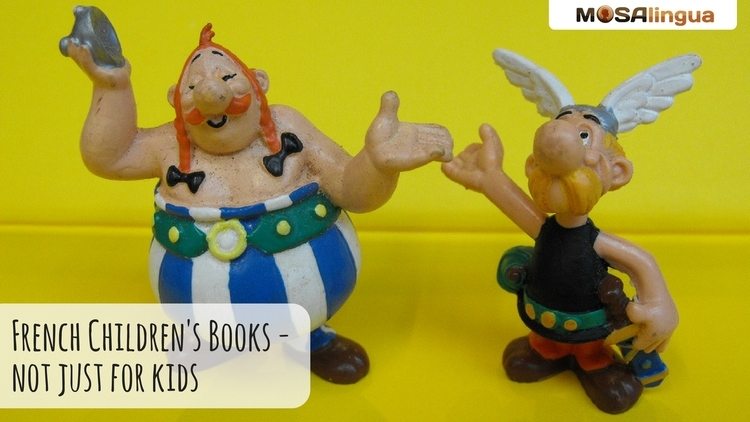 Kids books are an excellent resource for language learners of all ages. There are several reasons why this is true.

First, children’s books often contain pictures. Even if your vocabulary is limited, you can use the illustrations to help you guess certain words. This not only helps you understand the story, but also prompts your brain to create links between words and images, increasing your chances of retaining the word’s meaning. Get the whole family involved and try and figure out what is happening – be creative!

Another reason why children’s literature is great for learners is that they generally employ simple vocabulary and sentence structures. If you have only learned one or two tenses and a handful of verbs, you and your children still likely understand the book’s gist. Short, simple books are accessible and build confidence when learning a language.

Finally, children’s books are fun – for kids and adults! Those of us who have gone back and read some of our own childhood favorites again as adults know that there are oftentimes things we missed when reading them at a young age. Whimsical characters, unlikely or imaginative situations, and colorful illustrations sometimes make children’s books more appealing than dense adult novels!

You can find translations of most of your favorite English stories, but why not try some authentic French children’s books? You and your children will not only learn the language, but also get a colorful and kid-friendly glimpse of Francophone culture.

French Books Online has a large selection of kid lit and ships from the United States at reasonable prices. Amazon also offers French books, but you’ll have to have some titles in mind to begin your search. We note which age groups each book targets, but language learners may want to start with something slightly below this. Check out these classics and start your own collection of French children’s books! 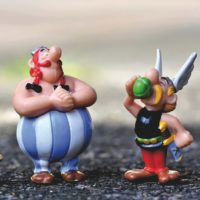 The duo featured in the photo at the top of this article, Astérix and Obélix, is arguably the most iconic in French culture. The comic books depict the two friends who live in ancient France around the same time as Julius Caesar. The writing contains quite a bit of wordplay and cultural references. Even if you and your kids don’t pick up on all of the humor, the stories are compelling and the illustrations are excellent.

After reading the comics, take a family vacation to the Parc Astérix theme park near Paris. You’ll be transported to the world of the Gauls!

Babar was first imagined in 1931 by Jean and Cécile de Brunhoff. When Jean died in 1937, his son, Laurent, took over the legacy and continued publishing books about the beloved character. Babar is an orphaned elephant who leaves the jungle to explore the civilized world (hence his signature green suit), and becomes king of the elephants when he brings back what he has found.

Another book in the series, “ABC de Babar” (Babar’s ABCs) is almost like an I Spy book and great for building vocabulary. See how many objects you can identify in French beginning with the letter in each illustration.

Most people don’t know this, but Charles Perrault was actually responsible for most modern fairy tales we are familiar with. Tales like “Sleeping Beauty,” “Cinderella,” and “Little Red Riding Hood” all originated with Perrault in the 17th century. He published a book of these fairy tales in 1697, called “Contes de ma mère l’Oye” (Tales of Mother Goose).

If you enjoy these stories, you can also check out Jean de la Fontaine’s fables, for slightly more advanced readers. Adapted versions of both authors’ work are available.

Recommended age: varies depending on adaptation 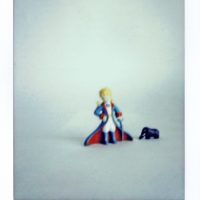 Some people say this is actually an adult novella disguised as a children’s book. Written by Antoine de Saint-Exupéry in 1943, the story presents many philosophical questions. The main characters are a prince who falls down to Earth from the tiny asteroid where he lives, and the narrator, a pilot whose plane has crashed in the same desert.

The story is nearly 100 pages long, so we recommend it for intermediate learners. One of the most well-known French children’s books, it has been translated into 250 languages and was adapted into a very successful animated movie in 2015.

My father brought me a copy of “Martine et le Chaton Vagabond” as a gift from his travels when I was learning French in elementary school. Martine is a young girl who goes on different adventures in each book, such as going to the fair, or taking the train. (In the book I have, she befriends a stray kitten.) The classic and playful pastel illustrations, by Marcel Marlier, and adventurous plot helped it quickly become one of my favorites. Belgian authors Gilbert Delahaye and Jean-Louis Marlier, who took over after Delahaye died, published 60 books in the series. The first came out in 1954 and the final installation was published in 2014. 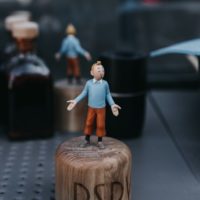 Our list of favorite French children’s books would not be complete without “The Adventures of Tintin,” a Belgian comic book series. Tintin and his dog Milou (Snowy in the English version) first appeared in a youth supplement in a Belgian newspaper. Since then, over 200 million copies of Tintin books have been sold.

The hero is a journalist, and he and his dog go on lots of adventures during their investigations for stories. They end up saving the day on more than one occasion!