France is, arguably, the food capital of the world. Many of the world’s greatest chefs and their Michelin-starred restaurants make their home in France. Regional differences and specialties make for a wide culinary spread, and it’s all delicious. French food is exotic, refined, and also notoriously hard to reproduce (or at least to get right). This is why you’ve probably had more than one mediocre croissant or duck à l’orange from your local faux-French restaurant. There are so many foods you need to try in France, it’s hard to decide where to begin! Beware, if you are lucky enough to get the chance to travel to France, you won’t be able to go back to Americanized versions of these French classics.

Bon Appétit ! A Few of the Foods You NEED to Try in France 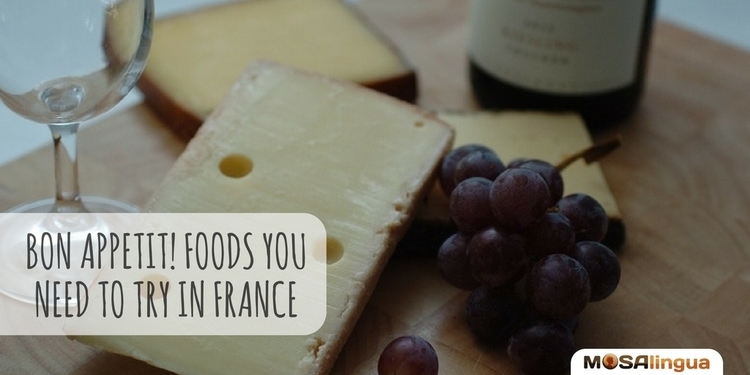 First up: entrées. In French, “entrée” actually is the English equivalent of “appetizer” or “starter.” These small dishes will prepare your palate for deliciousness.

This delicacy is the perfect appetizer, and probably the most French of all of the foods you need to try in France. Spread it on a thin slice of toasted baguette for a buttery and delicious bite, or whip it up into a mousse and make it into a foie gras crème brûlée if you’re feeling fancy! 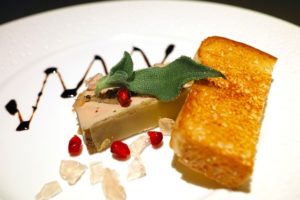 French onion soup is one French food that Americans actually don’t mess up too badly. Still, it’s one of the foods you need to try in France to get an idea of how good it actually is. This sweet and salty broth topped with cheese and crunchy bread is traditionally eaten after large meals.

This is a typical and delicious quick French snack. Think baked or fried ham and cheese sandwich, but better. Make it a Croque Madame by adding a fried egg.

This thin crust pizza, typically made with cream sauce, caramelized onions, and bacon, comes from the Alsace region of France near the German border. Try making one at home, with this recipe from the Alsace Tourism website. 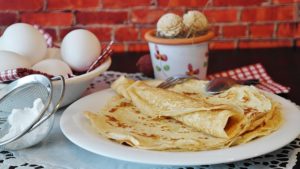 You can really eat these thin “French pancakes” as an appetizer, main course, breakfast, or dessert, depending on how you fill them. Try them as a starter with ham and gruyère, or sweeten them up at the end of your meal with a smear of Nutella.

If you can get past the thought of putting snails in your mouth, they are actually worth a try! The garlic and herb butter sauce typically served with them makes all the difference for these chewy little guys. (If you can’t stomach these, try an escargot pastry instead.) 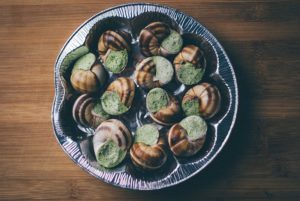 First, pick up some dried sausage and cheese from your local outdoor market and a baguette from the corner bakery. Then, invite your friends over, and enjoy happy hour!

Now it’s time for the star of the show! Move over, toaster “French-bread pizzas,” here are the real foods you need to try in France!

This dish should have been on our list of most annoying French words for its tricky pronunciation. But although your tongue might be left twisted after you order this red wine-based slow-cooked beef stew, your tastebuds will thank you. 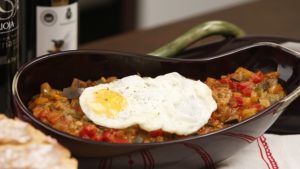 French cuisine isn’t very vegetarian-friendly, but this is a great option whether you are on a strict diet or not. Make this easy vegetable stew with fresh eggplant, zucchini, tomatoes, onion, and red pepper.

Next up is a hearty white bean and meat stew from the Languedoc-Roussillon region (think Toulouse). If you can’t make it to France in the near future, “National Cassoulet Day” (Jan. 9th) in New York City is probably the next best thing!

In French, “fondue” literally means melted. This version takes white wine and a variety of French cheeses. Pass out dipping sticks and serve with bread or veggies (or just eat it with a spoon, we won’t tell). Be careful not to confuse this with fondue bourguignonne, which is meat that you dip into hot oil to cook. 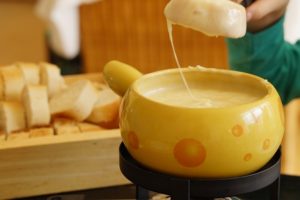 Another delicious cheese-based dish (try raclette, too!), this potato, cream, onion, and lardon casserole is the perfect treat after a long day of skiing in the French Alps.

While this dish didn’t originate in France (it of course has North African roots), it has become one of the most-loved foods (if not the most-loved) in the country. Try different variations, and learn about its history and how it arrived in France. 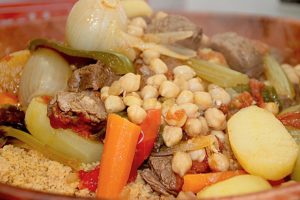 This Lyonnais specialty is generally made with pike (look for quenelles de brochet on the menu) and served with a white cream sauce. Find it in a traditional “bouchon Lyonnais” – these are sprinkled all over the city.

I hope you saved some room, because here come our favorite decadent French desserts. No deep-fried Twinkies on this list, but I think you’ll appreciate what French pastry chefs have to offer.

It may seem strange, but the French actually have cheese as a separate course between the main dish and their dessert. There are something like 450 varieties of French cheese, and 56 of those are “classified, protected, and regulated under French law.” Some of my personal favorites are Camembert, Tomme, Brillat-Savarin, and Comté. You’re sure to find a French cheese that you love, no matter your preferences (stinky or mild, hard or soft, goat’s or cow’s milk, etc.) 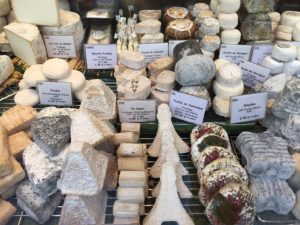 A specialty of the Bordeaux region, these chewy rum- and vanilla- flavored custard cakes have been around since the early 18th century. Once you taste one, you’ll realize why they’ve stuck around so long!

Next on our list probably one you’ve never heard of, but it’s delightful. This dessert starts with a crème anglaise sauce, upon which the chef places a fluffy “floating island” of meringue. Satisfy your sweet tooth without getting too stuffed.

The French version of apple pie gives the all-American stuff a run for its money. Because this tart is actually baked upside down (cooked apples, butter, and sugar go down in the pan first, and are covered by the crust, which is flipped over for serving) the apples get a soft, caramelized finish. 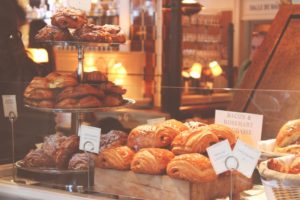 The French usually eat these chocolate-filled croissants for breakfast. But let’s be honest: warm, flaky, buttery, chocolatey goodness can be enjoyed at any time of the day… Just be careful how you order yours, depending on where you are in France (let the chocolatine vs. pain au chocolat debate begin!).

These almond and meringue based cookies – when made correctly – are small bites of crunchy and chewy heaven. Ladurée in Paris is famous for their macarons (important pronunciation lesson here) but you can get good ones, and tons of different flavor combinations, at nearly any French pâtisserie. 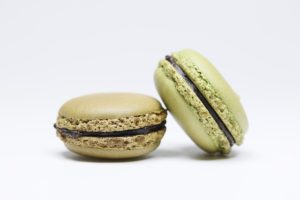 While you’re eating your way through these foods you need to try in France, you’ll need to wash them down with something. No French meal would be complete without some wine, or one of these other typically-French boissons. 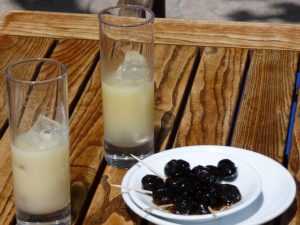 Picture yourself in the south of France on a clear blue day, playing pétanque, and sipping on this. Pastis is an anise-flavored apéritif, typical of the south and generally mixed with water and sometimes other flavored syrups.

This yummy white wine and fruit liqueur cocktail (usually crème de cassis – blackcurrant) will make you feel f-a-n-c-y. Switch out the white wine for Champagne and make it a “Kir Royale,” or try one of its other many variations. Santé! 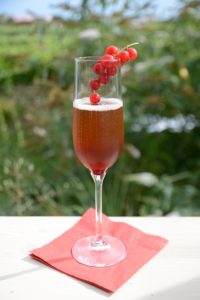