We all have memories of our high school foreign language classes and the expressions that our teacher taught us are indispensable if we ever plan to travel. But those of us who have been fortunate enough to do so have probably gotten at least one strange look when testing out these expressions on real natives. The French phrases we learn in the classroom are sometimes outdated, sometimes only used in certain regions or by certain populations, and sometimes they just come out wrong! Some of these phrases might make you seem like a charming or naive tourist… But if used in the wrong context or with the wrong people, you could even get yourself into trouble! In any case, here are 6 French words and expressions that you should definitely leave at home. Plus, we’ll provide suggestions to replace them with that will make you sound less like a foreigner. 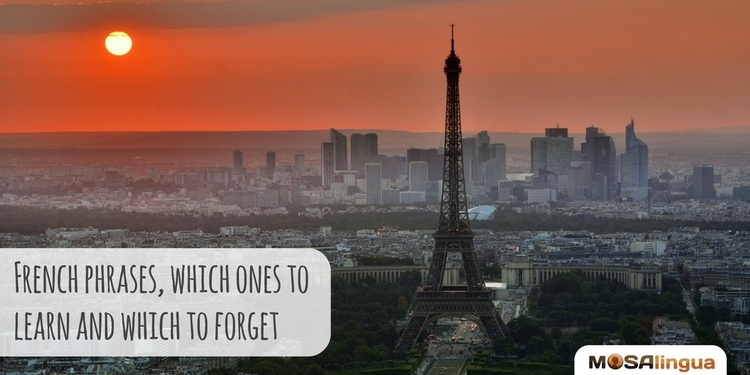 French Phrases: Which to Learn and Which to Forget

Filed Under: FrenchTagged With: speaking vocabulary