Learning a new language has numerous benefits that go far beyond simply being able to communicate more easily. Adding a new language to your repertoire can even improve your character and the esteem or respect others have for you. A big factor in the way people perceive us is tolerance (and even better, acceptance). If you want to learn how to be a better person tolerance and acceptance are a good place to start. You may not even be aware of how tolerant—or intolerant— you are of other cultures or new situations.

So what exactly is tolerance, and what impact can language learning have on it? 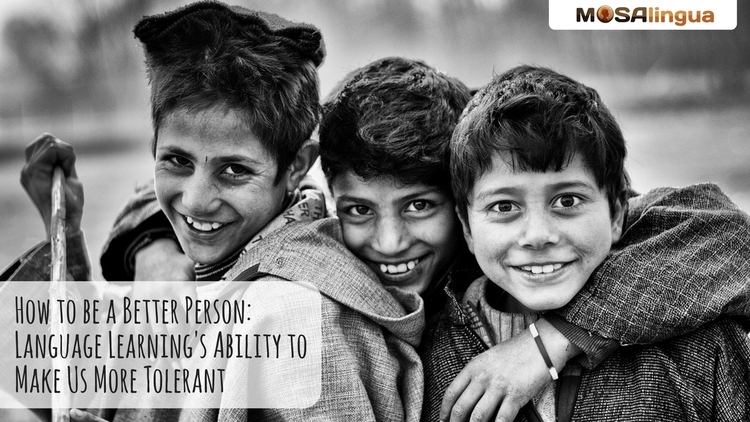 How to be a Better Person: Language Learning’s Ability to Make Us More Tolerant

We all would probably like to think we are tolerant – it just sounds like a good thing to be. But do we even really know what it means to be tolerant? Let’s look at a definition. Merriam-Webster defines tolerance as, “sympathy or indulgence for beliefs or practices differing from or conflicting with one’s own.”

Some synonyms of “tolerant” are “open-minded,” “unbiased,” “accepting,” and “sympathetic.”

Now that we know what it means, how does this personality trait manifest itself in our daily lives?

Tolerance is all about our attitude toward “the other.” Recognizing cultural differences, and the fact that we are all human, is an important step in becoming more tolerant. 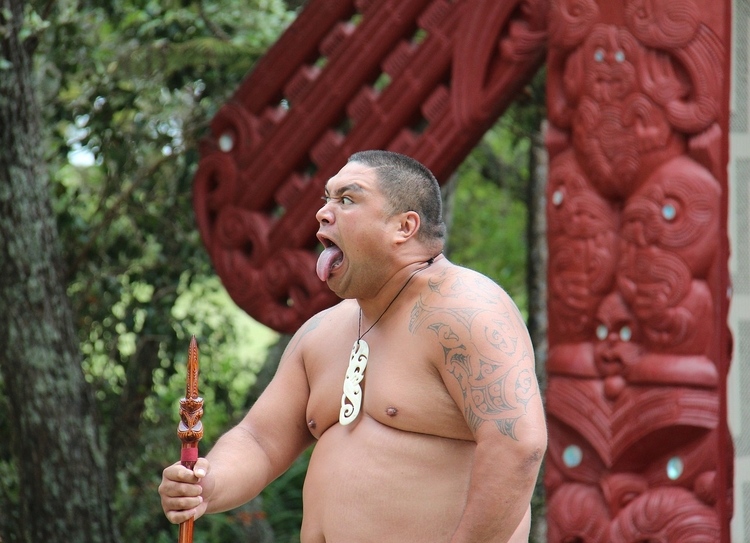 At first glance, most people probably form strong opinions about what this man is like. Words like “scary,” “mean,” or “violent” might come to mind. But a tolerant person will look beyond what they think they see.

And in doing so, they will discover that this man is simply displaying his Maori heritage. Tribal tattoos and accessories, along with the haka war dance (which includes this type of facial expression) are major parts of the native culture in New Zealand.

The unknown, reactions and approaches to new situations

Tolerance can also play a part in how we react to new or unfamiliar situations. Amy Thompson, researcher and professor at the University of Florida, calls this “tolerance of ambiguity.” This can really make the difference between a positive and a negative travel experience.

For example, imagine that you are in a new country for the first time. You arrive at your host’s house and are presented with a culinary delicacy. Except, when the plate is set in front of you, it doesn’t look like anything you’ve had before.

Maybe it’s something as extremely unfamiliar as duck embryo (balut) in the Philippines or live octopus in Korea, or something more “tame” like pâté in France. But you’re starving after the long flight! How do you react?

A) Interesting! You ask about what role the dish plays in the local culture, and give it a try. If your host prepared it especially for you, it must be special.

B) Yuck! You turn up your nose and decline, thankful that you packed a few peanut butter sandwiches just in case. 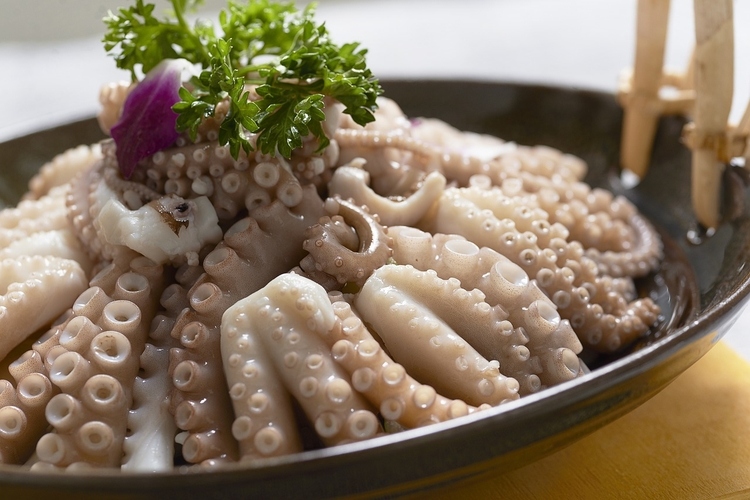 If you chose option A, you exercised tolerance; congratulations!

Just because things don’t operate in the same way here as they do back home, you tried not to pass judgment on the culture. If you try it and it isn’t your cup of tea, that’s okay! Being tolerant doesn’t mean that you have to adopt every aspect of the new culture.

The key to how to be a better person is to be grateful for what your host is offering you, and accepting of and curious about cultural differences. If your host perceives you as disrespectful of their culture, you surely won’t be invited back…

How Does Language Learning Improve Tolerance?

Language learning can teach us how to be better people by improving tolerance on many levels.

Cross-cultural understanding is more important than ever in today’s globalized world. And understanding someone’s native language is the first step to understanding them as a person. Language learning prompts us to think critically about the stereotypes or judgments we make about certain cultures that are unlike our own. Just because something is different does not make it worse, or lesser.

In the same essay, Thompson argues that the tolerance of ambiguity that she talks about is positively impacted when we learn new languages. She attributes this to the necessity of risk-taking during the learning process. People who learn languages become comfortable with the idea of the unknown – whether it be a vocabulary word or grammatical construction. Rather than avoiding the unknown, they know that it is necessary for learners to throw themselves into a conversation in order to see results.

Have you noticed a shift in your attitude or tolerance of other cultures since you started learning a language? How else has learning a foreign language impacted your life and personality? Tell us about your experiences in the comments!