Japanese is the third most spoken language on the internet, and Japan is the second-largest economy in the world. More and more people are buying manga, for example, France is the second biggest manga market, right behind the Japanese archipelago itself. This love for Japan naturally creates a desire to study Japanese, which boasts of more than 120,000 million speakers. Many learners never succeed due to the big differences between the two languages. This article will help you with the right foundations on how to learn Japanese. 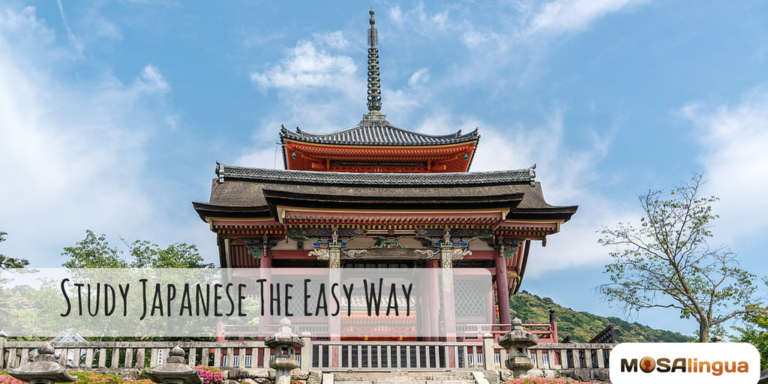 How to Learn Japanese the Easy Way

Before I convince you that there’s an easy way to learn Japanese, I want to acknowledge some of the reasons people think Japanese is hard.

No link with European languages

Japanese belongs to the small Japonic language family, formed of Japanese and Ryukyu languages, spoken in an archipelago stretching from the south of Japan to Taiwan. While a kinship has been put forward for Korean and Altaic languages (like Turkish or Mongolian), Japonic languages are largely considered language isolates.

In other words, Japanese does not resemble any other language, despite its strong lexical link coming from Chinese. If you’re used to European languages (especially Romance languages, such as French, Italian and Spanish, or Germanic languages, such as German and English), learning Japanese will completely disorient you. Forget everything you thought you knew about foreign languages if you want to know how to learn Japanese!

In the same line of thought, the Japanese sentence structure is very different from ours. While we use this order, Subject–Verb–Object (SVO), Japanese has this order: Subject-Object-Verb (SOV). Basically, the verb is at the end of the Phrase. For example, “I eat an apple” is translated as 私は林檎を食べます (watashi wa ringo o tabemasu), which, word by word, translates as “I apple eat”.

Also, while the subject is essential in English, it is often omitted in Japanese. Therefore, with the same example “I eat an apple”, what is often said is 林檎を食べます (ringo o tabemasu), which is simply “apple eat”. As you can see, Japanese is a highly contextual language, it does not have genders for objects (just like English), plural and only has two tenses (past and present/future). When a Japanese person speaks, it’s not always easy for an English speaker to understand what is being said. 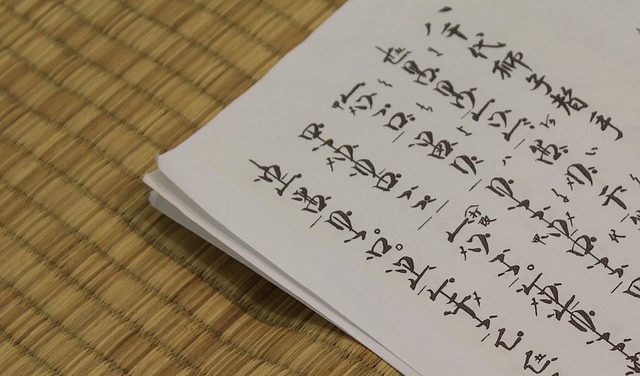 While some languages, such as Russian and Greek, may scare you with their different alphabets, hold on tight because Japanese doesn’t have just one writing system, but three. Here they are:

This is a great overview of the Japanese writing systems if you’re interested in learning more. Let’s not forget that the Kanas (Hiragana and Katakana) are syllabaries: as opposed to an alphabet like Latin, Greek, or Cyrillic, each character is used to mark an entire syllable and not just a vowel or consonant.

Japanese people frequently use the Latin alphabet, locally called rōmaji (ローマ字), as well as Arabic numerals (アラビア数字, Arabia sūji). It is thus possible to find up to five writing systems in one sentence!

Our Tips on How to Speak Japanese the Easy Way

Now that we’ve had a look at the main difficulties Japanese gives to English speakers, let’s take a deep breath. With motivation and the right method, no language is actually harder than another.

In the following paragraphs, you’ll find my tips on how to study Japanese the easy way by having the right foundation.

1) Change your outlook on grammar and syntax

As we’ve just seen, the Japanese way of thinking is very different from ours. So, to study Japanese, we must adapt ourselves to all its elements that seem strange to us: adjectives that are “conjugated,” verbs that aren’t really verbs (です, desu), degrees of politeness, etc.

It’s only by ceasing to cling onto the English way of speaking that you’ll start to understand its grammar, which is not necessarily that complex, in my opinion; you just need to change your glasses to study Japanese successfully.

It might be tempting to postpone the dreaded moment and to content yourself with transcriptions in the Latin alphabet, but I think that this is a huge mistake. In my opinion, a language should be learned with its writing system, and Japanese is no exception.

I recommend that you memorize Hiragana as soon as possible to be able to forget about transcribing, instead of being burdened by it later on. Once you’ve learned Hiragana, take on Katakana, which isn’t so urgent but still as important.

You should then learn Kanji. Do it at your own pace, with a spaced repetition system such as Anki (just until MosaLingua Japanese comes out), which offers very good packs of flashcards. Your first objective should be to familiarize yourself with characters, to write them properly, and to start recognizing them in texts. Don’t be embarrassed to read them out loud at the beginning. You won’t remember them if you don’t need them.

Step by step, reading and writing Kanji will become second nature, and you’ll see them as being useful instead of an obstacle. As you study Japanese, you’ll see that it has many homophones (words pronounced the same way, such as to and too), transcribing them with Hiragana will feel insufficient.

Later, you’ll realize that some characters have various pronunciations and that it would be useful to know them to be able to pronounce words you’re not familiar with. It’s at this stage that learning how to read and pronounce Kanji becomes important.

3) Be vigorous about pronunciation

The majority of Japanese sounds do not cause any problems for English speakers. In my experience, Japanese people are the ones who tend to have a hard time pronouncing different English sounds.

However, don’t fall for it: Japanese, in my opinion, is a language with seemingly easy pronunciation, because of its many subtleties. Contrarily to what you might have heard, the R is not pronounced as a simple L, but something in between an L and an R, there are also short and long vowels and simple and double consonants, the J sound is not pronounced the same way if it’s at the beginning or in the middle of a word, etc. Basically, all these nuances cannot be taken lightly if you want to acquire a perfect Japanese pronunciation and know how to learn Japanese.

4) Immerse yourself in Japanese culture 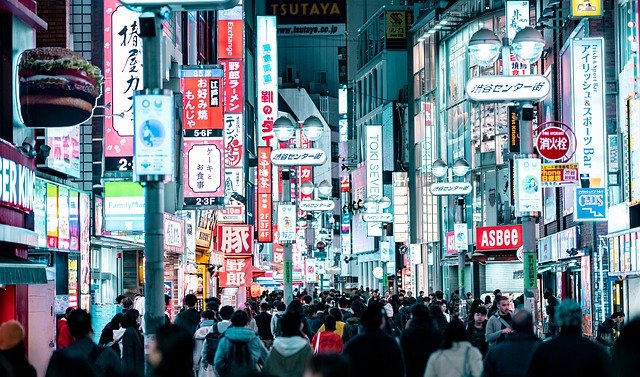 Seeing how Japanese culture is becoming more and more popular worldwide, it’s not that hard to find things within your areas of interest: manga, anime, drama movies, films, Roman, video games… No need to take a plane to feel like in Tokyo!

A warning nonetheless: the characters from shōnen manga and anime (Dragon Ball, Naruto, One Piece…) have the tendency to speak informally, rudely at times. Do not use this kind of language where being polite is necessary (at work, meetings, etc.), as you could sound like a foreigner using expressions a West Coast rapper would use.

If you want to follow Japanese news, but your level isn’t quite good enough yet, I recommend NHK Web Easy, which is aimed at foreigners, with audio recording for each text and very clear definitions.

5) Be active and talk to Japanese people

To study Japanese, it is of utmost importance to learn it actively from the very beginning. This, of course, is the same for any other language. I recommend finding a language exchange partner with whom you can talk frequently both orally and in writing by using online services and apps, such as HelloTalk or Tandem.

Because many Japanese people want to learn English, you won’t have any trouble finding a person who wants to learn English in exchange for Japanese lessons. Just be aware of the different time zones (and that Japan does not observe any form of daylight saving time). If you live in the UK, and especially if you live in North America, finding a time that works for both of you might be tricky. 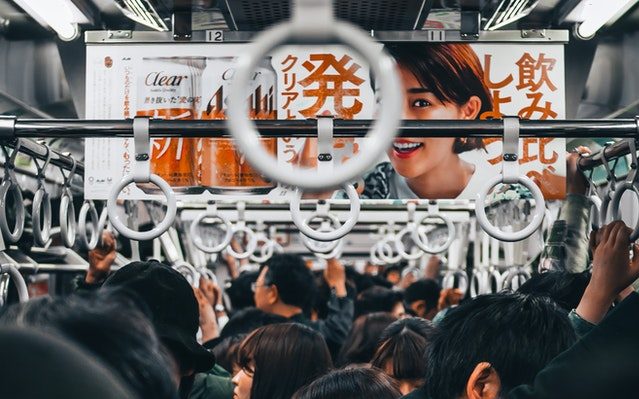 No need to go live in a country to know how to learn Japanese. This being said, planning a trip to Japan is a great motivator for studying Japanese. Buy plane tickets, book a hotel, and give yourself the goal to reach the highest level possible by the time you get on the plane. You’ll thus have a good reason for learning Japanese, and this project will be both concrete and exciting.

Once there, you’ll make fast progress, because there aren’t that many Japanese people who know a foreign language. You’ll be forced to work on your speaking skills!

In conclusion, knowing how to learn Japanese isn’t any harder than any other language. You just need to take into account its characteristics and to work rigorously. By being serious and regular, you’ll end up speaking Japanese fluently.

If you’re also learning Japanese, share your experience in the comments section! We’re thinking of developing a MosaLingua app for Japanese – tell us if it’s something you’d like!

About the Author: This article was written by Pierre Blanchon, a polyglot blogger who just loves, among other things, Japanese and its culture. Hopefully you’ve found some great tips on how to learn Japanese. 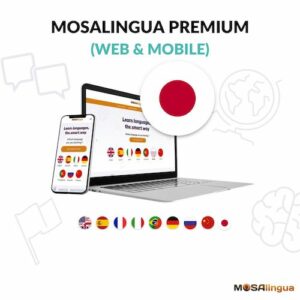