The  /ʌ/ sound is one of the most complicated to pronounce in the English language. Thankfully, with a little help from Sean Morgan, the founder of American Accent Academy, you’ll get it down in no time! It’s no secret that the English language has some of the most complicated sounds to pronounce, especially for native speakers of a language that doesn’t have similar sounds. However, by watching out American English Pronunciation series, you’ll see dramatic improvements in your English pronunciation in no time. So what are you waiting for? Let’s get started on your path to English fluency! 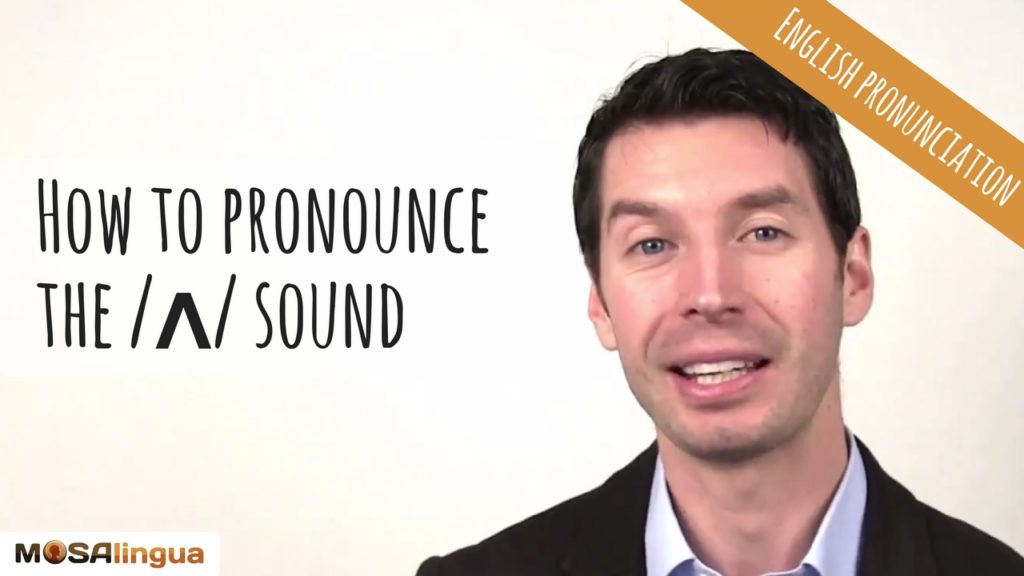 How to pronounce the /ʌ/ sound | American English Pronunciation (Video)

How to pronounce the /ʌ/ sound | American English Pronunciation (Transcript)

Hi! Today we’re talking about the short “u” vowel sound. So there are different spelling patterns for this sound but often it’s just the letter “U”. But the thing that’s confusing is that in French  and Spanish in many languages, the “U” letter always sounds like “u” or “oo” but in English sometimes it sounds like “a”. Like in the word “sun”.

So it’s usually the letter “U” and involves that jaw dropping “a”: “Sun”. Great! So now you know so you don’t get confused in English that the letter “U” is not always “u” or “oo”, sometimes it’s “a” like in “sun”. Now’s the time for you to practice on your own! And thank you for watching.