Not to seem boastful, but here at MosaLingua, we know a thing or two about how to study languages. And there’s a reason we often tell you to make sure your approach to learning a language is efficient. You should always optimize your language study with the Pareto Principle, meaning that you’ll learn the 20% of a language that will be of use in 80% of situations, something you can easily do with the MOSALearning® method. It’s with this in mind that some polyglots use a special technique when they start learning a new language, called “language deconstruction.”

This language learning technique is credited to Tim Ferriss. Ferriss is an American blogger who takes on the hardest challenges and shares his hacks with his readers. Today, we’re giving you a step-by-step guide to this particular method so you, too, can hack your learning process. 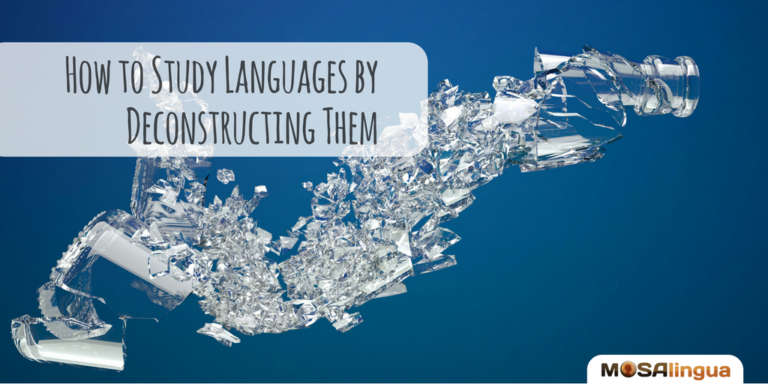 Use the Language Deconstruction Technique to Hack Grammar in Any Language

With this technique, you can analyze and understand the structure of any language in just a few minutes! Intriguing, right? Here’s how—and why—deconstructing language works, so you can try it right now.

The main idea behind language deconstruction

When you start learning a language, you’re in uncharted waters, especially if you’ve not done it before. Chances are, you’ll find yourself in the middle of a learning session facing an aspect of the language you just don’t get.

After observing how polyglots learn languages so fast, some have realized that polyglots are mostly interested in finding the basic structures of languages, which allows them to get past the first phases in no time. And it is THESE structures that make up the famous 20% of a language that cover 80% of your needs. 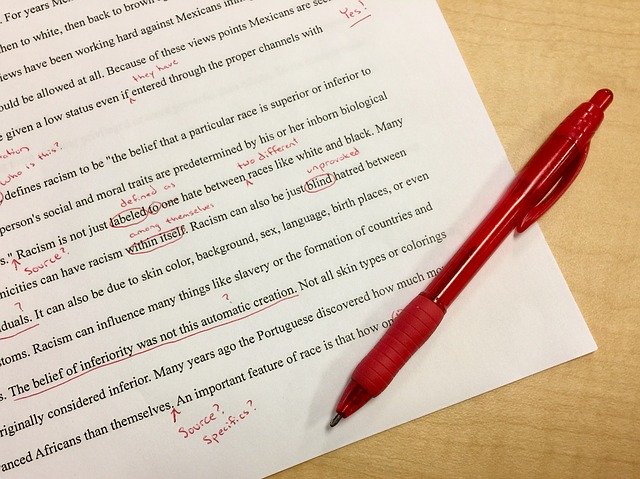 Even better, we can simplify this task further by synthesizing these crucial structures into only 8 sentences! All you’ll need are these 8 phrases in your native language, and the same 8 phrases translated into your target language.

Once you’ve dissected the phrases, you can easily understand:

An example of language deconstruction

To explain how to deconstruct a language, we’ll take French as an example and deconstruct the 8 following sentences. This is Tim Ferriss’ list of sentences, but feel free to change the names and nouns to make them more personal (another handy memorization technique!):

Let’s forget about the vocabulary for now because it’s not that important. Instead, we’ll take a close a look at the structure of each sentence.

What’s the first thing we notice? With a bit of observation, quite a few things become clear:

Of course other conclusions can be drawn; this list is not meant to be exhaustive.

Another important aspect of this exercise is comparing pronunciation. With French, we can quickly see that pronunciation is not always intuitive:

So this is how you can use basic grammatical expressions to study languages and find the similarities and difficulties of a language in a very short time. Try to do this exercise with any language by using the same phrases and try to draw as much information from them as possible. Deconstructing a language is simple and fast, and highly efficient!

Of course, it’s up to you to make your own discoveries; but now you know how it works. Some will find one aspect of a language very easy, while others might find it completely nonsensical and indecipherable—until they deconstruct it, that is! With this technique, you can deconstruct a language before starting to learn it, and you’ll see that learning it will be much faster!

All that being said, there are some definite challenges to learning a language through deconstruction.

As you’ve seen, this method takes some skill and basic knowledge about language and grammar, like parts of speech, etc. in your native language. And while deconstruction can be exciting for people who are into that sort of thing, others might find it difficult or tedious. But don’t be scared by the grammar terms used above. You can describe your observations using whatever words make sense to you. You’ll still be able to try and apply your observations even if you don’t know exactly what to call them.

Even Ferriss admits in his post that he doesn’t use the first hour of study to become fully conversational. Instead, he explores some key things about a language in order to decide if he wants to continue, and to find out how long it might take him to reach fluency. If you’re already set on learning a specific language, you probably don’t need to do this right away. It’s a great first step into grammar study, though. You can start whenever you really feel the urge to learn the structure of the language. But there are other things you can do in the first day that will help you explore the language and build a foundation for the rest of your studies.

What you can actually accomplish in 24 hours

At MosaLingua, we believe that vocabulary acquisition is the most important first step when learning a language. This allows you to communicate quickly, even if your grammar isn’t perfect. In just 24 hours of study—broken up into 20-minute-per-day chunks to keep your brain fresh—you can feasibly learn over 700 words and expressions! Let me do the math, if you don’t believe me!

1st Day = in 20 minutes you can learn 10 new words or phrases. In the beginning, it will actually take you less time, but after the first day you’ll also have to review what you’ve learned.

You can learn even more vocabulary in the first 24 hours by checking out a list of cognates (words you already know in your target language, since they’re the same in your native language)! I also suggest optimizing your first 24 hours by prioritizing things that will be most useful to you in conversation.

So, what’s the verdict?

If you could really learn a language in just one hour, trust me, a lot more people would be multilingual! (Really) learning a language takes time, if only because committing information to your long-term memory only happens through repetition. But there’s a lot you can do in one day if you use a few shortcuts and dedicate some time to analysis. And that includes this neat little technique of deconstructing language. (Though we don’t really recommend using it in the very first hour of your language study.)

As I showed you, deconstructing language can teach you a lot about sentence structure; it gives you a basic understanding of simple concepts such as pronouns, possessives, and adjectives; it can help you identify problems you might run into further down the road; and it can give you an idea of how to adapt your learning process accordingly.

And personally, I think that’s an hour well spent! As long as you keep realistic expectations about what can be actually accomplished in 60 minutes.

Bonus: How to Study Languages by Deconstructing Them [VIDEO]

If you’d like to get all the above information in video form, you can watch below or on our YouTube channel. It’s in English, but there are subtitles available in French, Spanish, German, Portuguese, and Italian! Just click the gear icon in the bottom right corner to activate subtitles.

Are you intrigued by this technique? Do you want to try it out on the language you’re learning, or thinking about learning? Feel free to share your language deconstruction findings in the comments section below! You can also use this method with the MosaLingua apps, where you can quickly and easily memorize key phrases and throw yourself into language learning the best way possible!

Cédric is a passionate language hacker and polyglot. Originally from France, Cédric likes to travel a lot and has lived in several different countries. He has taught himself 6 languages and he has no intention to stop. When he’s not working on improving our apps and courses, you might find him somewhere chatting with some international friends (rigorously in a foreign language). He speaks: French, English, Spanish, Portuguese, Italian, and German

Filed Under: LanguagesTagged With: grammar reading