Welcome to the second part of this series on Japanese writing systems. Now that you have learned the basics of writing in Japanese, take a look at two writing systems. Today you’ll learn about romaji, the Japanese alphabet, and kanji, characters derived from Chinese. The first shouldn’t be too difficult, as it is based on the Latin alphabet many of us are used to. But the second tends to be quite a challenge for students of Japanese. How could anyone memorize thousands of characters, each one more unique and complex than the last? Hopefully, this article will help you realize that it is definitely possible to learn them, little by little, without wanting to tear your hair out! 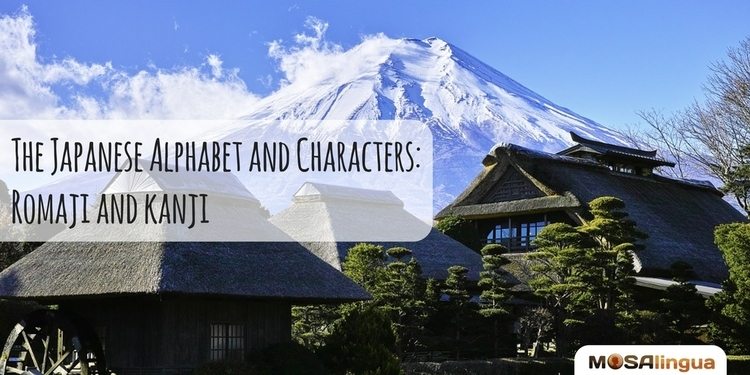 Romaji, the Japanese Alphabet Based on Roman Characters

Romaji, or rōmaji (ローマ字, “Roman letters”), are simply characters from the Roman alphabet adapted into Japanese. This creates a Japanese alphabet, much in the same way that our English alphabet was derived from Latin.

A brief history lesson: Japan closes its doors to the Western world

The origins of Romaji go back much farther than you probably imagine. The first attempt to transcribe a Japanese text using the Roman alphabet actually dates back to the 16th century, when Japan and Portugal first made contact. The Jesuits gave Portuguese spellings to Japanese words in an effort to convert the locals.

For nearly three centuries, Japan shut itself off from the rest of the world, under the leadership of the Tokugawa shogunate (1603-1867). During this period, Japan only traded with the Dutch. Even for them, trade was confined to the small artificial island of Dejima in the bay of Nagasaki. The Japanese no longer needed an alphabet accessible to Westerners, since cultural exchange only occurred in one direction. Although its borders were closed to foreigners, Japan continued to stay informed about what was going on in Europe, through the famous rangaku (蘭学, “Dutch learning”).

A brief history lesson: Japan reopens its doors to the Western world 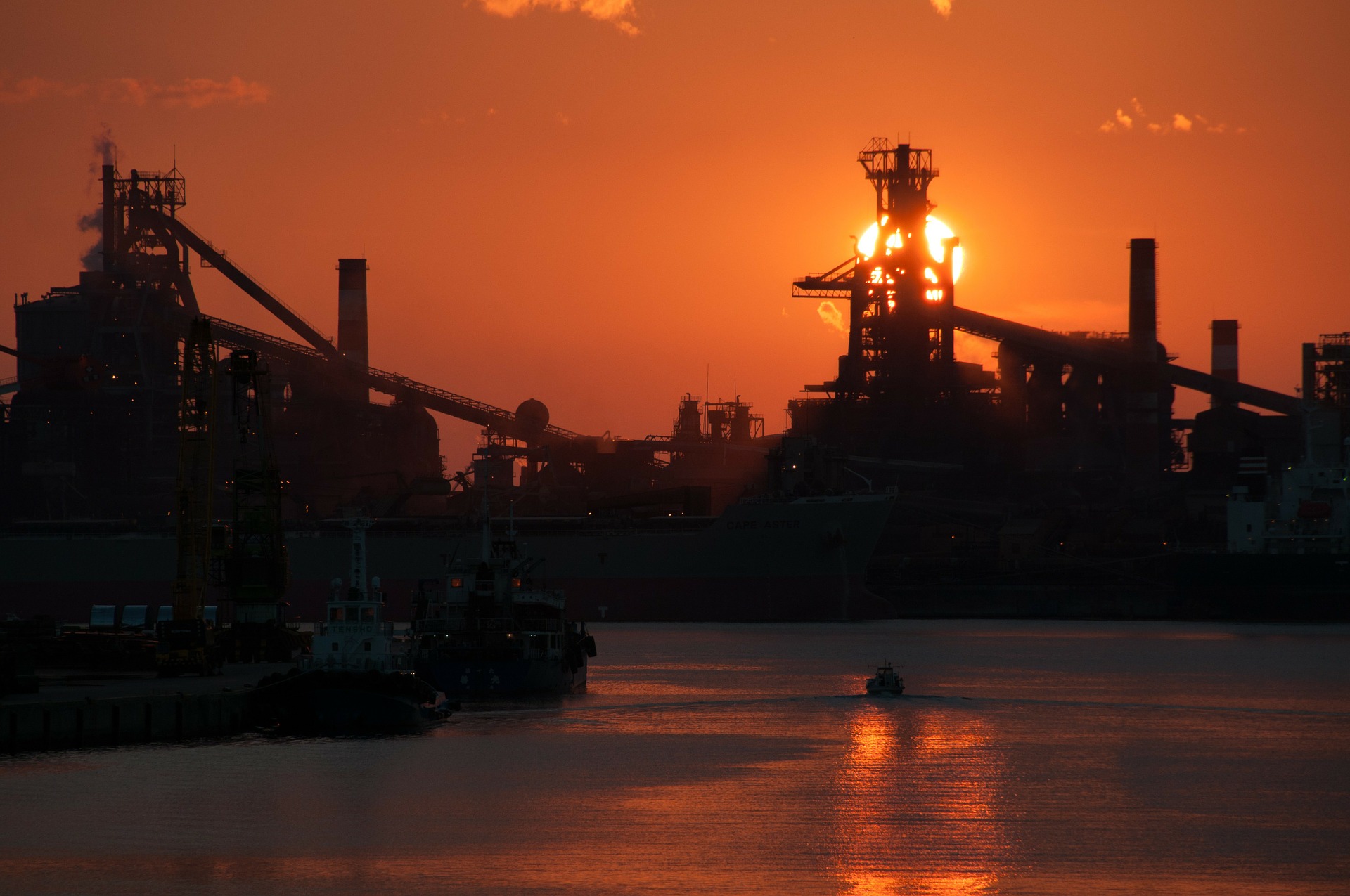 After American Commodore Matthew Perry’s expedition, and especially during the Meiji period (1868-1912), Japan reopened its doors to the world. Westerners once again needed to be able to transcribe the Japanese alphabet.

In 1887, the American missionary James Curtis Hepburn published the third edition of his English-Japanese dictionary. In it, he proposed his own transcription method, later named the Hepburn system. Today, it is the most-utilized romanization system in the world, although Japan officially uses the Kunrei system.

Interestingly, up until the middle of the 20th century, some reformers worked to abolish the usage of kanji and promote romaji as the only writing system. They argued that the Chinese characters were cumbersome and archaic, and that a Japanese alphabet and writing system that resembled those of Western powers would be an advantage in terms of education. There are still a few of these movements around today.

How to use romaji, the Japanese alphabet

We won’t go into too much detail about how to write romaji, since it’s probably more useful to learn the other writing systems if you plan on communicating with the Japanese.

Romaji do come in handy for wāpuro rōmaji (ワープロ・ローマ字), however, which allows you to write in Japanese on a QWERTY keyboard. The idea is simple: you type a word using the Japanese alphabet, and the software transcribes it into kana or kanji symbols.

You may need a little time to get used to it, but it’s really not that complicated! For example, to write the hiragana ん, hit the “n” key twice. It’s easy to download one of these keyboards on your computer or smartphone, so try your hand at Japanese writing!

Kanji, the Basis of Japanese Writing 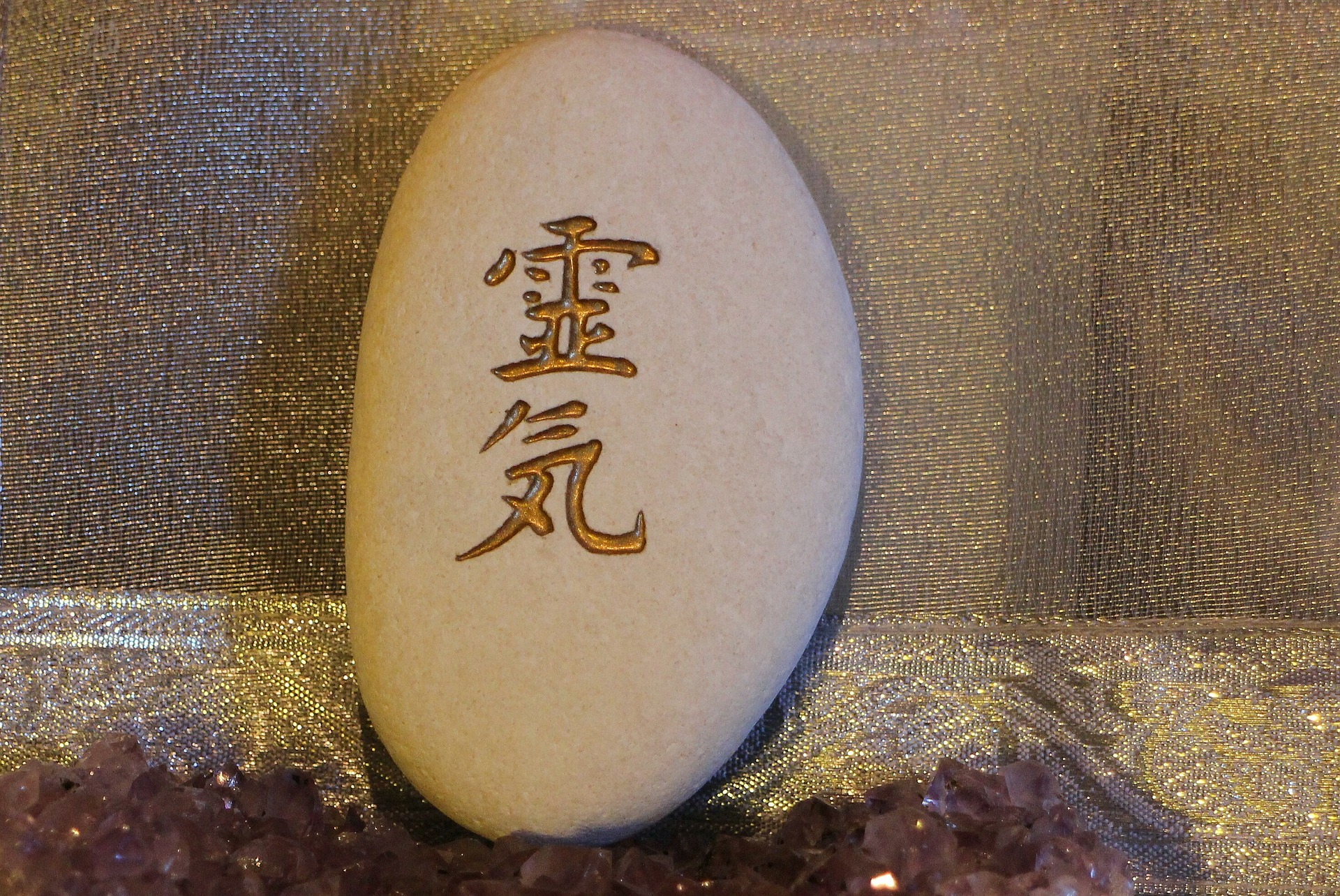 Japanese kanji (漢字), derivatives of Chinese writing, might seem pretty scary, both because of how exotic they look and because of how many of them exist… The official list of Jōyō kanji contains 2136 different characters!

But if you can get past your initial reaction (“Japanese is impossible to learn!”), memorizing kanji isn’t necessarily difficult. All you need is a good method, and to accept the fact that it will take a lot of time.

To find their way through the jungle of kanji, the Japanese use two important indicators: radicals and stroke count.

Though they are quite diverse, we can break down most kanji into regularly recurring elements. Roughly 200 radicals, or roots, make up the vast majority of characters. For comparison’s sake, the Chinese language has an official list of 214 radicals.

We can think of each kanji as a composition of one or more radicals inside an imaginary square. For example, take the kanji radical 女, which generally means “woman” and can stand alone as its own kanji 女 (woman). When we add other elements, the meaning can change to signify 妹 (little sister), 好 (to love) or even 安 (peace/inexpensive).

Notice that radicals can also look different depending on their position in the kanji. The radical 心 (heart) looks smushed down in 意 (idea). It can even take on slightly varying forms, like the 忄to the left in 慢 (pride), or, more rarely, ⺗ when at the bottom of the kanji, like in 恭 (respect).

Looking at Japanese kanji as combinations of smaller elements makes them easier to understand and memorize.

This is another way to categorize kanji. Japanese writing is quite standardized, so every kanji is written using a specific number of strokes, or lines. Kanji like 木 (tree) and 本 (book) look similar but are made up of a different number of strokes: four for the first, and five for the second. 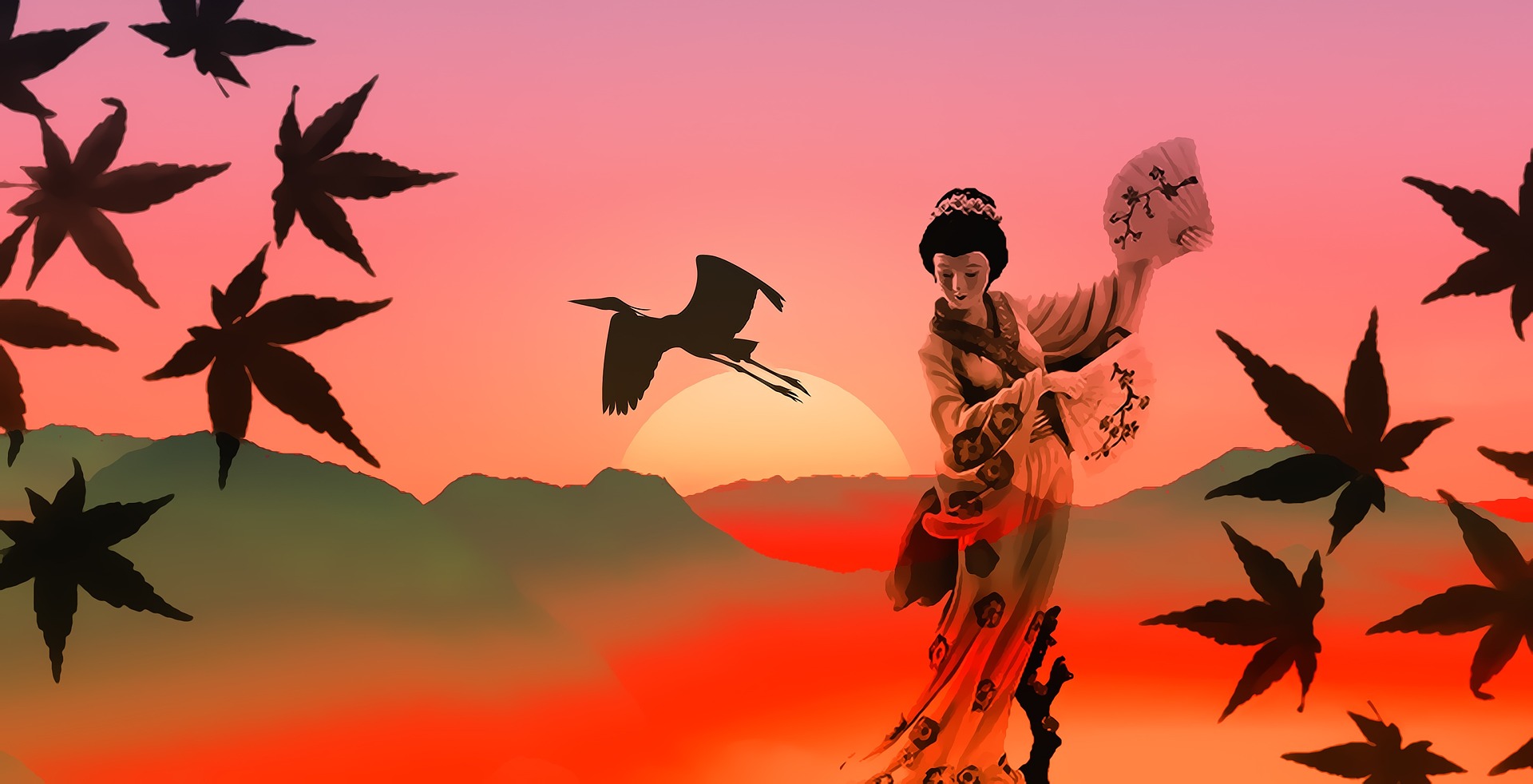 Readings (読, yomi) are another big puzzle that Japanese learners need to work out.  Each kanji has several possible readings, or pronunciations.

You may remember that the Japanese started using Chinese characters for their own words early on. They also borrowed quite a bit of Chinese vocabulary (Korean did the same) and adapted it to their tastes. The result? A sort of hybrid language, with kanji that show purely Japanese words as well as those with Chinese origins.

Without going into excruciating detail, there are two main ways to pronounce Japanese kanji: with kun readings and on readings. You’ll have to use the context to decide which reading is appropriate.

Kun readings (or “meaning reading”) are pronounced in the way that the native Japanese word corresponding to the meaning of the Chinese character would be. In other words, there is a preexisting pronunciation, and the kanji just tells us the meaning. For example, a kun reading of the kanji 水 (water) is mizu, a word that comes from ancient Japanese.

💡 MosaTip: in general, we use kun readings to pronounce kanji that stand alone (not combined to form a word). When the kanji 京 is used alone, to mean “the capital,” it is pronounced みやこ (miyako), with a kun reading.

On reading (on’yomi, 音読み), or Sino-Japanese

On readings (or “sound reading”) use the character’s Chinese pronunciation at the time of its integration into the Japanese language. If you speak Chinese, you’re ahead of the game because you already know some Japanese roots. So, we pronounce the word 電話, den in Japanese, and diànhuà in Mandarin.

However, Japanese did not adopt the tonal aspects of Chinese (luckily for you!). Returning to our previous example, an on reading of 水 is sui, which is close to the Mandarin word shuǐ.

💡 MosaTip #1: when several kanji combine to form one long word, we generally pronounce them with the on reading. When the kanji from above, 京, appears in the word 東京 (Tōkyō, or “The capital of the East”), we pronounce it kyō, so with an on reading.

💡 MosaTip #2: long vowels usually indicate words borrowed from Chinese. We almost always read these with on pronunciation. In Japanese, long vowels remain left over from the tonal aspect of their original Chinese words.

Do I have to memorize every reading?

This can be a somewhat sensitive subject. Some learning methods make students learn each kanji with its different readings. In general, I find this a waste of time, at least until the student reaches an advanced level.

Some kanji symbols have many many different readings. This usually corresponds to the different dates when words were introduced into the Japanese vocabulary. Japanese evolved (and continues to do so) tremendously throughout its history, and borrowed words from many different regions of China during many different eras! This means that we end up with readings like go-on, kan-on, tō-on and kan’yō-on, which are ateji… Good luck remembering them all without peeking at your notes!

I risk being struck down with a katana by the purists for saying this, but I believe that it’s most efficient to learn to draw and recognize Japanese kanji. You’ll find them within words, and will therefore be able to guess their readings. Personally, I didn’t need to learn the readings of every kanji by heart, for example, 月, to know to use the kun reading つき in the word 月 (tsuki, “moon,” “month”) and the on reading ガツ in 一月 (ichigatsu, “January”).

Some Final Thoughts About Learning the Japanese Alphabet and Kanji

As you can see, romaji (the Japanese alphabet) shouldn’t be a problem for you. No need to rush yourself when learning kanji, like when learning Japanese in general. It is a long-term commitment, and you’ll need months to develop the basics of Japanese writing. However, you don’t need to memorize every kanji before trying to create your first Japanese sentence. Don’t put the cart before the horse, so to speak!

Learn kanji little by little, shooting for at least one new character per day. Use spaced repetition and association techniques. James Heisig explains some of these in his book, Remembering the Kanji. For other great resources for learning Japanese, check out our guide.

Look out for the third part in this series, which will explore the other two writing systems, hiragana and katakana. 頑張って！

Filed Under: JapaneseTagged With: writing