What are the language similarities between English and French? There are many similar languages and if you are a student of English or French you may have noticed some commonalities here and there. The origins of these two languages are not the same. English is a West Germanic language, while French is a Romance language from the Indo-European family. Yet, the two tongues seem to have much in common. In this article, we’ll explore some similarities and some differences between French and English. 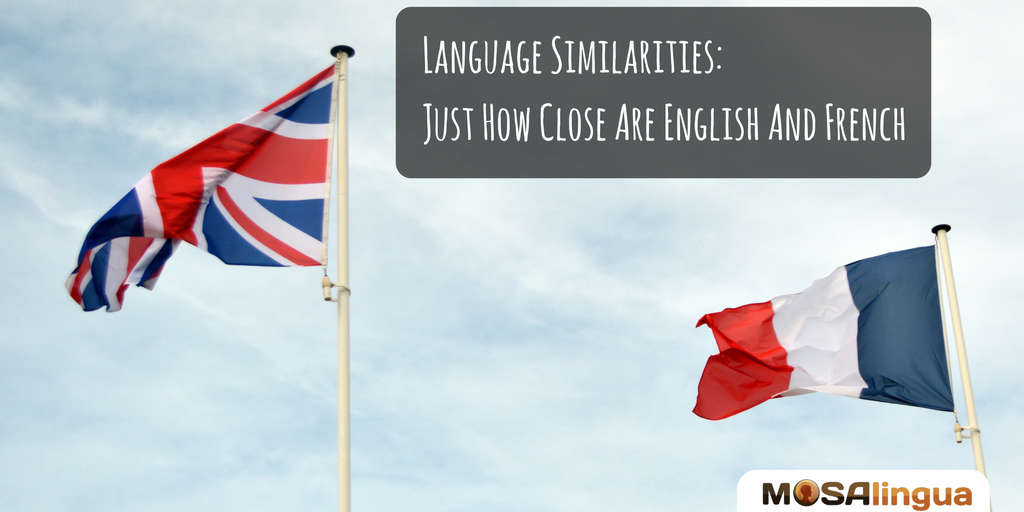 What Are the Language Similarities Between English and French?

As far as similarities go, English and French do share the same alphabet, they sometimes use similar grammatical structures, and have several words (or at least roots) in common.

In fact, linguists have found that English and French share up to 27% of their words or lexical similarity (similarity in both form and meaning). Different sources estimate that 45% of words in English are of French origin even though the similarity isn’t as obvious. Keep in mind though that the lexical similarity between German and English is 60%! Quite a bit more in common.

So, what are the language similarities between English and French and how did it get that way?

The language similarities we see today actually have a lot to do with cultural exchange and conquest. To English speakers, French has often been referred to as the “language of love”. It sounds romantic and appeals to us English speakers. French was also the language of English aristocracy in the Middle Ages and has consequently left its mark on the English language.

If we take a quick look we can see the French origin of a lot of words in English. For example, the names of kings and queens in England, family names, pairs of synonyms (begin/commence, freedom/liberty), and even cuisine (pig = pork (porc in French), sheep = mutton (mouton in French), and cow = beef (boeuf in French)! 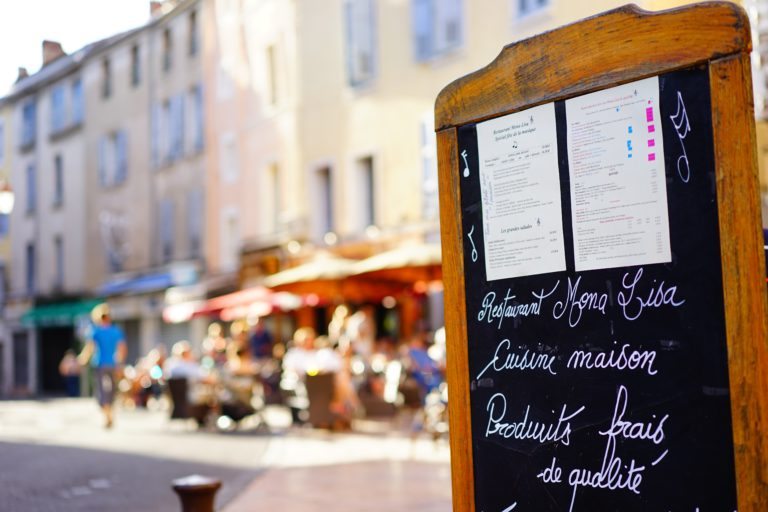 While there is a bit of mutual intelligibility between English and French speakers it has less to do with the origins of the languages than with many historic and recent borrowings, which become so naturalized that we don’t even notice them.

Here are a few obvious French to English examples:

There are also many words that you wouldn’t necessarily think of being of French origin because they’ve become so ‘anglicized,’ like camouflage, sauce, cache, debacle, depot, impasse, and restaurant!

Some ways in which French and English aren’t so similar…

And then there are the ‘faux amis’ or false friends that pop up thanks to our complex linguistic history. When English and French speakers start learning each other’s language they can be a source of amusement or bewilderment (and even embarrassment). False and semi-false cognates are words that look identical in both languages but have completely different meanings. Hence the term, ‘faux amis’!

Here are some French to English examples:

The list goes on but this gives you an idea of the many language similarities between English and French and some things you need to keep an eye out for.

Are you a student of English or French? If so, how have French to English similarities helped your language learning process? They can sometimes make the process easier but ‘false friends’ can also trip you up. Let us know in the comments section what your experience has been with these language similarities and just how close you think English and French are!