What do languages and careers have to do with each other? We already know that the advantages of multilingualism are numerous. Indeed, there is a higher chance of making friends, traveling can become easier and it can even help to delay Alzheimer’s disease … But what if there was also an economic advantage to learning a language? What if speaking a foreign language helped you to become more wealthy? Some authors talk about Return On Investment (ROI) when learning a new language. Although this expression doesn’t have a nice ring to it (money isn’t the only thing in life), it may be interesting to know the figures on whether knowing particular languages can truly help us to become more employable than other people, more attractive in the eyes of companies, and even help us earn a bigger salary. So, languages and career: what’s the link? 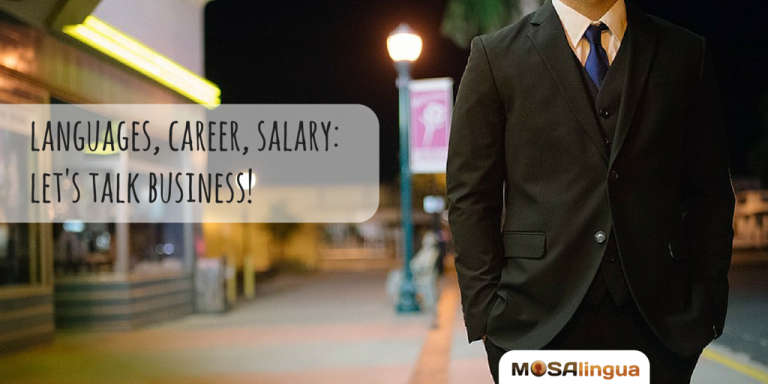 Languages and Your Career: What’s the Link?

How to Be Attractive in the Eyes of Employers

Today it’s undeniable that knowing foreign languages is a true asset for your C.V. especially with the internationalization of companies. Moreover, there is a rise in companies that communicate directly in the language of their collaborators. This is especially true for companies with branches in another country.

To work at MosaLingua there is a definite link between languages and career. In order for people from Spain, Italy, Portugal and Germany to work together, knowing at least one foreign language is an absolute must!

So, does speaking a foreign language really improve our level of employability? The answer is yes, of course. But let’s review the term “employability”. What does it mean? Employability is one’s autonomous evolution in the labor market. It is connected to our qualifications, knowledge and know-how. In other words, it refers to those things that make us different from other employees. This term just happened to be at the core of a project conducted by CIEP and co-financed by the European Commission in 2014. A project which directly deals with our subject and its title was: “Languages And Employability.”

As part of this project, and to find out whether languages are important for companies, surveys were conducted in 801 companies (which recruit continuously). What were the results of these surveys? Modern languages are an asset for recruitment, career opportunities and promotions.

Here are the numbers*:

Well yeah, if knowing a language helps you land a job then that’s cool! But if it helps us to earn a hefty salary, things are starting to become particularly (or financially) interesting. Luca has previously mentioned:

At the beginning of my career, knowing various languages helped me tremendously: I got my first job thanks to languages, and then I was also able to negotiate better salaries by highlighting this competency which, in certain environments, is worth gold!

The Numbers on The Financial Interest of Knowing Foreign Languages 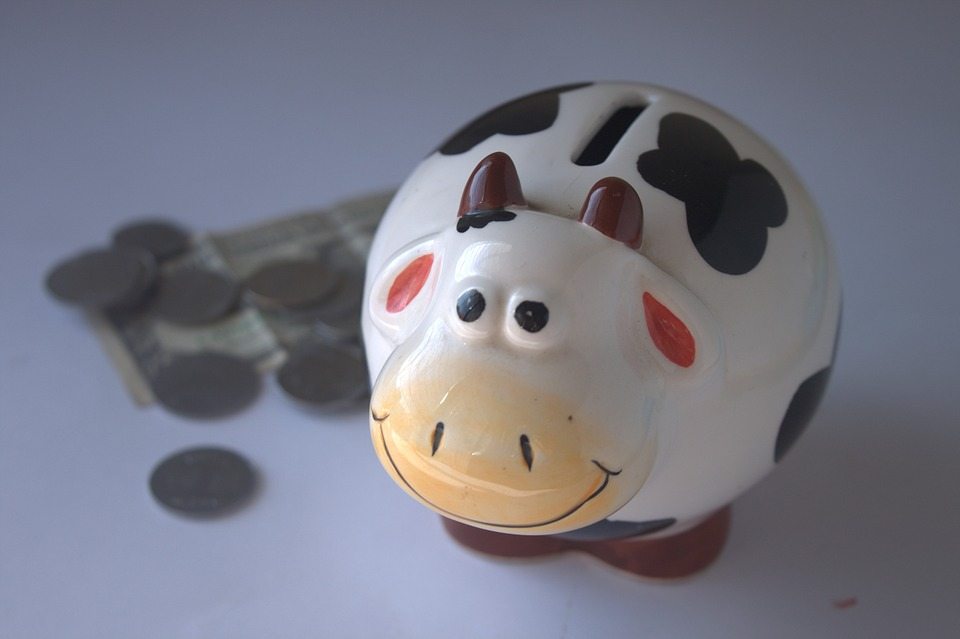 So, what’s the conclusion? Can we say that learning a language is a good investment?
This question particularly interested Robert Lane Greene, a journalist for The Economist. In his article: Johnson: what is a foreign language worth?, Robert Lane Greene tried to decipher the ROI (Return on Investment) for language learning. We find out that an economist from MIT, Albert Saiz, had, after various calculations, come up with 2%:

2% is the annual bonus won by an American who speaks a foreign language. In other words, if an American makes $30,000 per year, 2% represents a $600 bonus. Not enormous according to the author of the article… It may not be enormous, but still! Besides, the 2% bonus is only an average; here are some more details:

Yet for Robert Lane Greene, this isn’t enough. To make things worse, this calculation is apparently not a true representation of reality. From a strictly economic point of view, the economic percentage is much more interesting. This is because, according to the author: 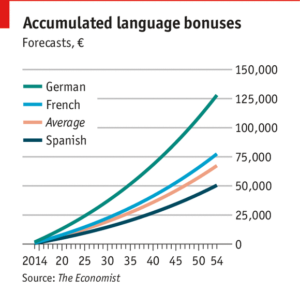 Not only is learning a foreign language a good idea to land a job, but it’s also a good investment to get a better salary.

But Why Are Languages and Your Career So Strongly Connected? How is it Possible That Knowing a Foreign Language is Worth so Much?

Indeed, why would knowing a foreign language help us get a bigger salary? What’s more, why is it that knowing German (for an American) translates into having a bigger salary than knowing Spanish? Here, we’ve different answers (which is a hypothesis really).

According to Robert Lane Greene, Germany is a global economic power and so being able to speak German is economically more beneficial (for companies, that is) than knowing a language which isn’t as strong economically… such as Spanish. Overall, American companies tend to work more with German companies and are thus more likely to hire individuals who know German.

The laws of supply and demand 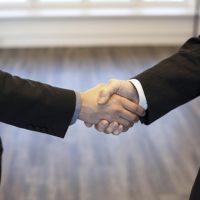 The more the supply, the less important the demand becomes. The less supply there is, the more demand there is.

In the United States, Latino Americans who know perfect Spanish (bilinguals) are relatively less rare than bilinguals who know German. Speaking German is simply an atypical asset in the eyes of companies. Therefore, in the United States, a bilingual who knows German tends to win more simply because knowing German is relatively rare. It’s similar to Saffron, because it’s so rare, it’s worth more than gold. In the same way, knowing a foreign language is an asset that is worth more than gold. It differentiates you from other candidates who may not speak a foreign language.

A case for English

English is an international language. When it comes to doing business, English speakers don’t tend to encounter a lot of problems due to language barriers. However, there is an economic interest for learning languages… According to a study by James Foreman-Peck, from Cardiff Business School, the lack of people mastering foreign languages costs Great Britain 48 billion Pounds every year! In other words, 3,5% of the gross domestic product. Crikey!

Our advice: if you want to have a bigger salary, forget that English is an international language and learn a language which is both rare and sought after.

In order to become more interesting (in the eyes of companies) it’s a good idea is to adapt yourself to demand. Let me explain…

Multinational companies work with other multinationals. We all agree with that. So the type of companies that are prone to hiring you, a multilingual, are multinationals. Thus, the idea is to learn a language that will enable you to communicate with these multinational companies. Which language should you choose to learn, then? Look at the export countries! It could be both rare and interesting to speak the language of a country that tends to export a lot, such as Asian countries.
At MosaLingua, we know that many users learn languages for pleasure, trips, curiosity… And many users use it for school or work. It’s undeniable now: languages and career are linked, the former improves the latter—you’ve understood that by now—and consequently… it increases the weight of your wallet.

I want you to know, however, that this article is by no means meant to entice you into learning languages with the promise of a better salary! I’m more aligned with the thought that money shouldn’t be the ultimate goal or motivation for language learning. However… knowing that speaking more than one language could help you get a bigger salary is intriguing (No, I’m not a hypocrite. Reread what I said).

Do you think there are other factors for this link between languages and career?

Filed Under: LanguagesTagged With: business