“Speaking another language carries many benefits.” You’ve surely heard this many times over or read about it from a ton of different sources. The most well-known benefits of being bilingual that you’ve probably already heard of are better chances of getting hired, an easier time learning your third or fourth language, better chances at making friends from different countries and easily communicate with natives when traveling abroad. All these points were a great motivation for me to continue studying and perfecting my Spanish skills. Nonetheless, I’ve recently learned about some other lesser-known benefits of being bilingual, which I would like to share with you. Hopefully you find them as interesting as I did! 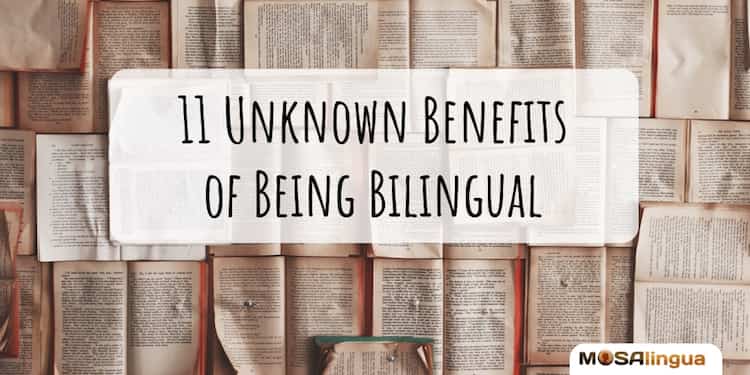 Many studies using different kinds of testing methods have shown that being bilingual gives you certain benefits over the long and short term, which monolingual people just don’t get the pleasure of experiencing. In general, this is due to the bilingual brain being more active since it processes two languages instead of just one. This activity forces the brain to resolve internal conflict, which translates into the constant exercising and strengthening of certain cognitive functions.

In the following article, I’ll share with you some of the lesser-known benefits of being bilingual in the hopes that you see why it’s so important to learn a second language and that you see all of the rewards that you’ll reap by doing so.

5 Unknown Advantages of Being Bilingual (video)

Let’s start by taking a look at what, MosaLingua co-founder Luca has to say about the advantages of being bilingual from his own experiences.

The Benefits of Being Bilingual

The bilingual experience improves certain aspects of the brain 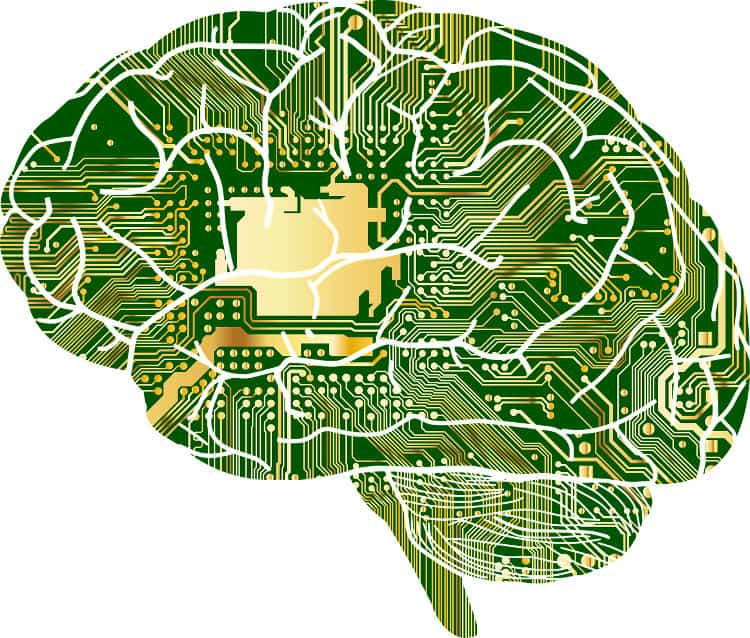 Setting goals, planning strategies in order to achieve them and organizing and carrying out tasks are all examples of executive functions. According to Costa et al. (2011), researchers from Pompeu Fabra University in Barcelona, the strengthening of certain executive functions is due to key differences between the monolingual and bilingual brain. For starters, bilinguals are better at monitoring and taking in their environment. Bilingual people often change quickly from one language to another, often without even thinking about it,  which requires intense perceptibly to environmental changes, just like driving a car or working in a fast-paced environment. At the end of the study, bilinguals proved to be more effective at solving problems that require them to execute multiple functions at once compared to people who only spoke one language. 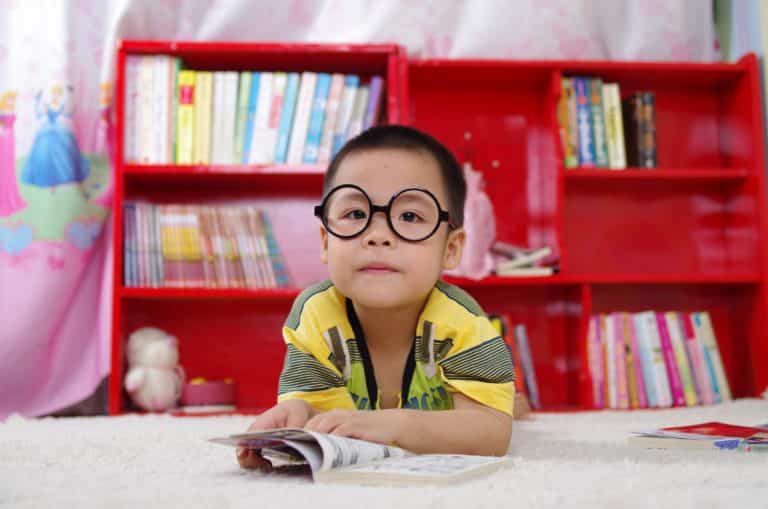 According to experiments done by Kovács et al (2009), at seven months old babies reared in a bilingual home, unlike monolingual babies, learned to suppress a previously learned response and updated their predictions according to new conditions in the task being carried out. In this study, babies were tested on their ability to predict where a doll would appear on screen after hearing an audible signal. So when planning or modifying behavior to achieve a certain goal, bilingual brains can quickly rid themselves of irrelevant information and continue to focus on the task at hand. This higher level of cognitive control translates greatly to the adult work, where we process so much information in our day to day life and need to filter out the unimportant stuff and remember the important ones.

Being bilingual slows down the aging process 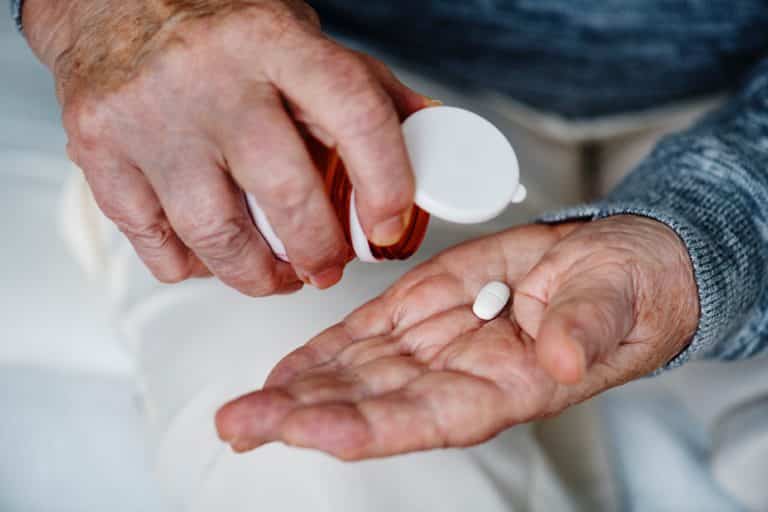 This is a big one. We are all afraid that one day our brain might not function as well as it does today, not to mention the possibility of developing Alzheimer’s or other brain diseases. A study published by the University of Edinburgh revealed that bilingual people’s brains age more slowly and therefore they live longer and more satisfying lives.

Being bilingual makes you smarter 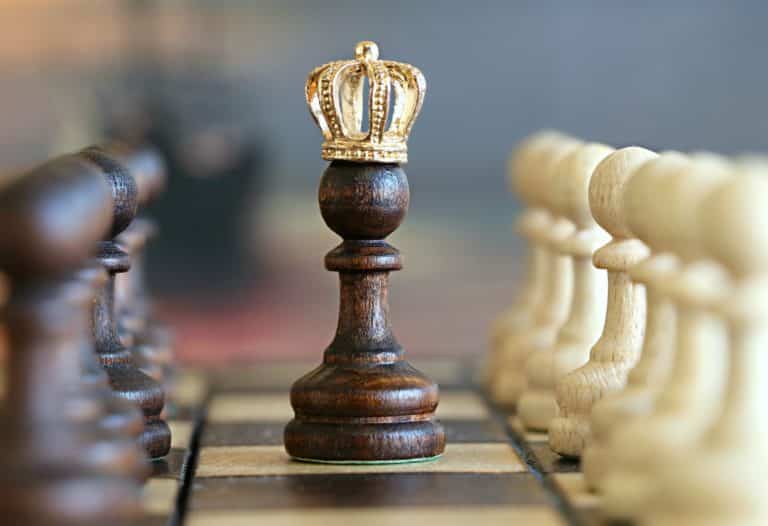 You heard it right, you don’t need to wait until you’re 60 to reap the benefits of having learned a second language, because the same study proved that bilingual people get better results in reading and intelligence tests.

Another study proved that bilingualism strengthens a part of the brain that plays an important role in processes like problem-solving and task switching. 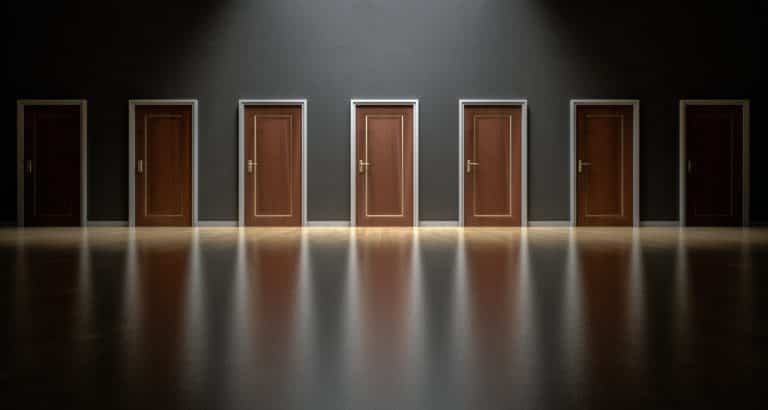 It seems that we process information in a very different way when we read it in our native language than in a second or third language. In particular, we are less affected by something called cognitive bias. This is one of the topics in “Thinking Fast and Slow,” a great book I read written by the Nobel Laureate, Daniel Kahneman. Cognitive biases can result in errors in our logic, for example when we think that flying is riskier after hearing about a plane crash on TV. The probability and incident stats haven’t changed, but our perception has.

A test conducted on 121 American students revealed that they were less affected by these cognitive biases when they processed the data in a foreign language (in their case, Japanese). In fact, scientists argue that second-language thinking can systematically improve decision making, because we are less influenced by emotions that can result in cognitive biases. In a nutshell, learning a second language will not only improve your cognitive abilities in old age, but will also improve your life right now. You’ll be a faster learner, more focused on the tasks at hand and make better decisions. In other words, it will result in a better you!

Having a bilingual brain helps you avoid distractions 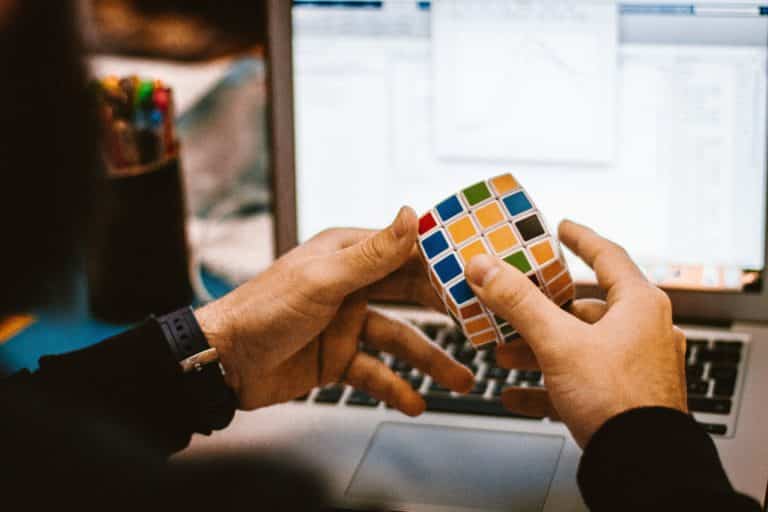 One of the keys to being a better learner is to avoid distractions.  In this day and age with a smartphone right at our fingertips and waiting to distract us and social media pings a constant source of distraction, this is especially important. Nowadays, we need to develop specific skills to deal with connective conflicts. It’s harder and harder to stay focused on a task when all kinds of distractions such as mobile phones, music, and ads are out there competing for our attention. Well according to another study, bilingual children develop the ability to manage conflicting information very early on. Why? Simply because they have to quickly select the relevant language when they hear words or phrases. This ability even has beneficial effects on their brain plasticity and helps them manage conflicting situations and avoid distractions when several stimulants are demanding their attention.

Social Advantages of the Bilingual Brain

Being bilingual isn’t just advantageous to your brain. There are plenty of social advantages that make knowing a second or even third language a great way to stay on top of the game when it comes to your work and personal life. 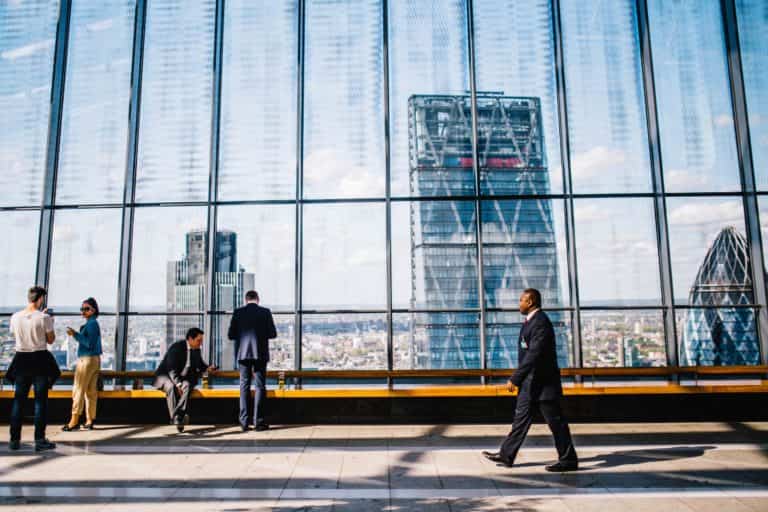 Being able to speak a second language helps your resume stick out from the rest and will help sway potential employers to interview you above others who only know one language. Additionally, many companies in this era have international offices and sell or provide their services abroad, which means that they’re interested in hiring employees who can speak more than one language and knows various cultures and their expectations.

Being bilingual makes you more open-minded 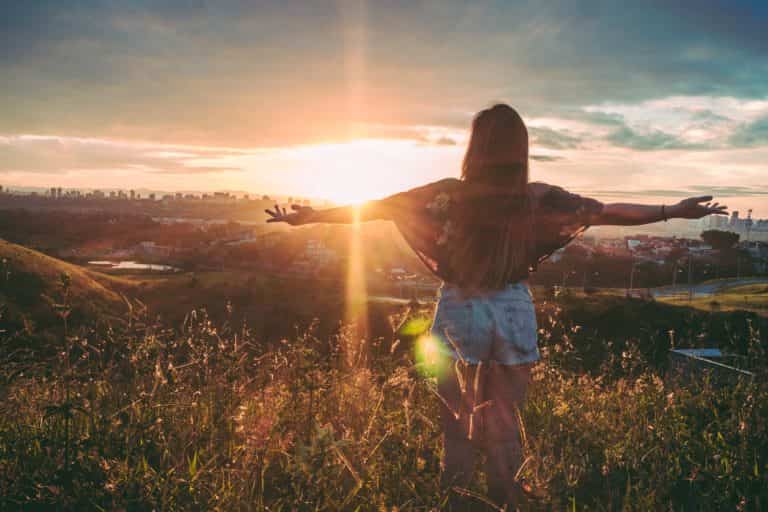 Being bilingual helps you see the world in a more multi-faceted way. Knowing a second language makes you used to change, which means that you’re less impacted by changes to your environment. It also makes you more openminded to new experiences and new things, because you have more than one way to see the world. 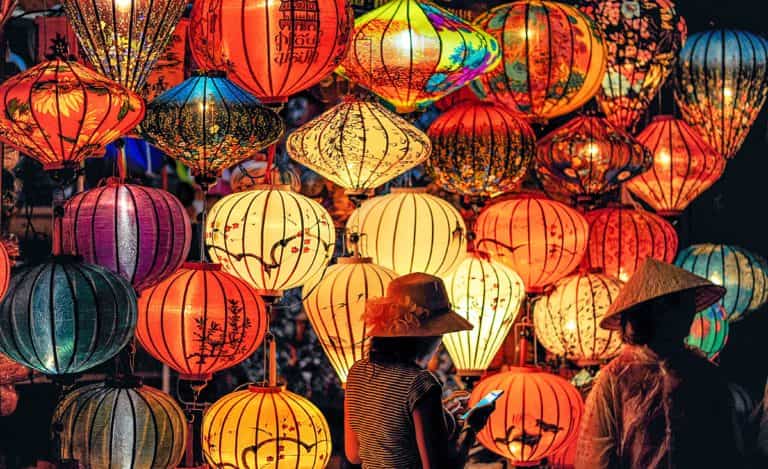 Becoming bilingual and speaking a language fluently allows you to enter both the hearts and minds of another culture and people. It gives you the opportunity to make friends with those who speak the language that you learn and share their love of books, music and movies in that language. This will diversify your tastes and make you a much more well-rounded person! For example, you may find that your absolute favorite book is in French and you can discuss it with a native French speaker and get his or her take on it.

Have a more authentic experience when traveling 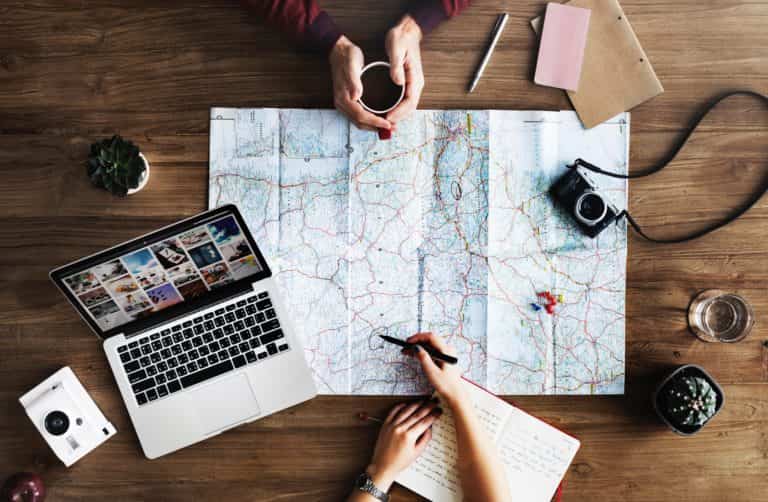 You have a much more authentic traveling experience when you know the language of the country that your visiting, even when you don’t speak the language fluently. Speaking the local language will allow you to immerse yourself more in the culture by being able to communicate with the local people. You can do things like barter, order the correct food and get directions if you get lost! Once you are fully bilingual, you can easily have extensive conversations with people and get to know them instead of only being able to stay on the surface. Your travel experience will be much richer and more fulfilling. 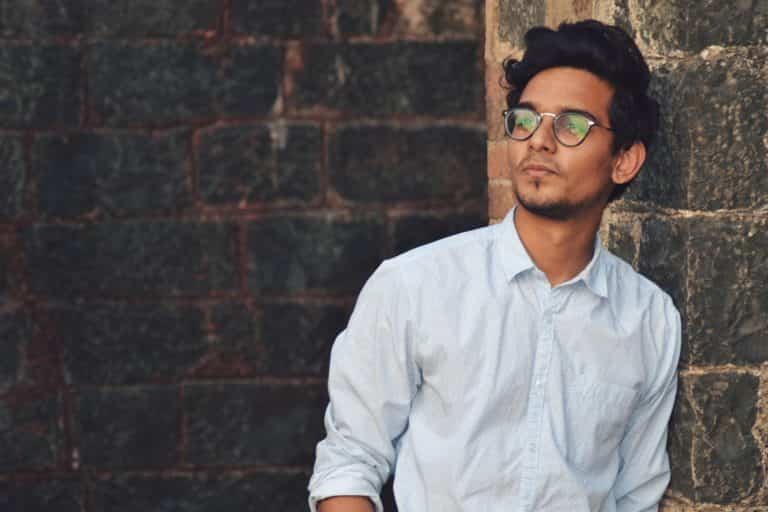 Of course, being bilingual won’t magically make you more physically attractive. However, people who are bilingual often are seen as more intelligent and therefore more eligible in the dating arena. Your language learning journey is also a great story to tell to prospective dates.

I hope you enjoyed this article on the lesser-known benefits of being bilingual! I hope that one or more of these reasons convinces you enough to start learning a second language whichever it may be. Remember that you may not see these benefits right away, but they’ll definitely come with time and patience.

If you enjoyed this article on the benefits of being bilingual please make sure to subscribe and follow us on Instagram and Twitter for the latest updates! I hope you enjoyed this article on the lesser-known benefits of being bilingual! If you did, then make sure to subscribe to keep up to date on all of our latest articles and follow us on Facebook!

Our other articles about bilingualism

We wrote several articles about bilingualism and its benefits. If you want to find out more about this fascinating topic, you can have a look at the articles below:

Studies About the Benefits of Being Bilingual (References)