Today, our founder Luca discusses whether or not it’s possible to learn two languages at once, as well as his experience with doing so. His conclusion is it is in fact possible! As long as you stick with his four tips. 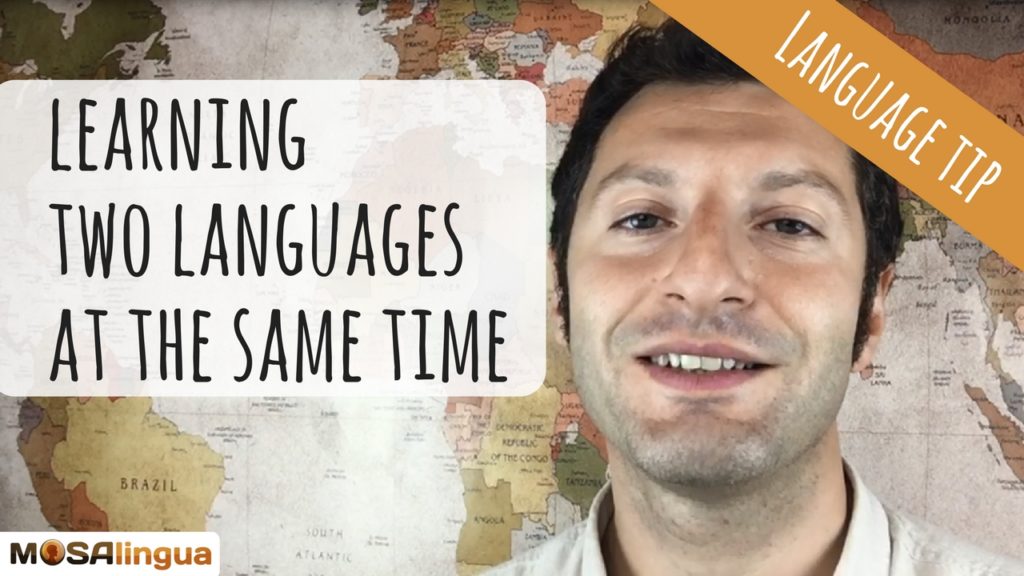 Can You Learn Two Languages at the Same Time? (Video)

Can You Learn Two Languages at the Same Time? (Transcript)

Hey, it’s Luca! In today’s video I’m going to talk about a question I’ve been asked by many MosaLingua users:

Is it possible to learn two languages at the same time?

My answer? Coming up… First things first, let’s get an answer
to this question: yes, it is possible to learn two languages at the same time. But, in my opinion, the most important question is:Is it a good idea? Is it effective?

The short answer: it really depends! I won’t discourage you from learning two languages at the same time, I think it is absolutely possible but if and only if, you have three key factors:

I was in a situation when I was learning Spanish and Romanian at the same time, and let me tell you, I was constantly confusing the two, especially when speaking and during the initial three-month period. This was frustrating, and didn’t help my motivation.

And before you go, don’t forget to subscribe to our YouTube channel for more language learning advice. See you soon! Bye.