We are very excited to announce that on December 23rd MosaLingua surpassed 2 million downloads. It was an extraordinary achievement for everyone involved in our wonderful adventure! We would like to take this opportunity to thank our loyal users for their commitment, which encourages us to strive for excellence every day (which we will continue to do!) Take a look at some of our biggest accomplishments in 2016 as well as what we have in the works for the coming year. 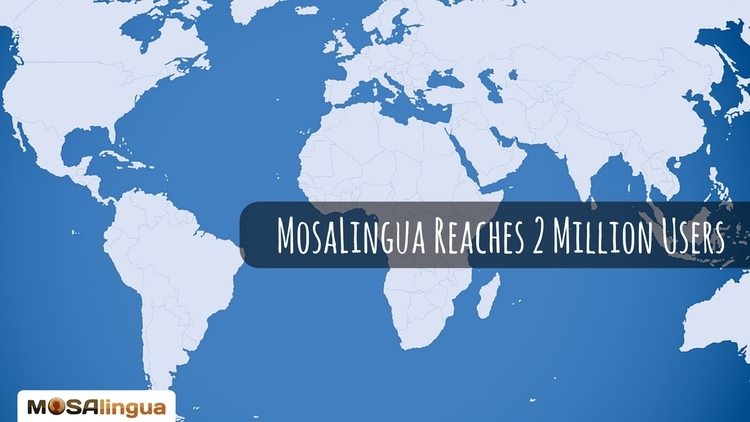 Where in the World Are Our 2 Million Users?

People use our mobile apps and web platform worldwide. We have an especially strong user base in certain countries, like France and Italy (the first countries where we launched our apps), as well as the United States, Brazil, Spain, Switzerland, Belgium, Canada, Mexico, and several Latin American countries.

New last year: we saw enormous growth in Germany (a reputedly tough market) and we welcomed our first Asian users (even if our apps are not yet localized for Asian languages).

Those of you who have been loyal followers since the beginning know that at MosaLingua we rarely rest! Check out a few of the many projects we worked on in 2016:

Take a look at some of the improvements we made last year:

We love surprises, so we don’t want to spoil the fun by revealing everything that we have planned for 2017, but here are a couple things to look forward to. In 2017, some of our main projects include:

…and much more! Of course, you’ll discover more details as we start rolling out our new features. Keep following us, we’re going to have a great time learning together! 😉

Another huge THANK YOU to our great team, and above all, our users!