Numbers in English can be a little tricky for learners, especially to write. Sure, in all of the languages that use the Latin alphabet, the digits are written the same. For example, the number 5 is the same in English and Spanish, but it is said differently and written out in letters differently. We created this article about how to say and write the numbers in English for anyone who struggles with this common part of the English language. It includes a free study guide that you can download and print out! 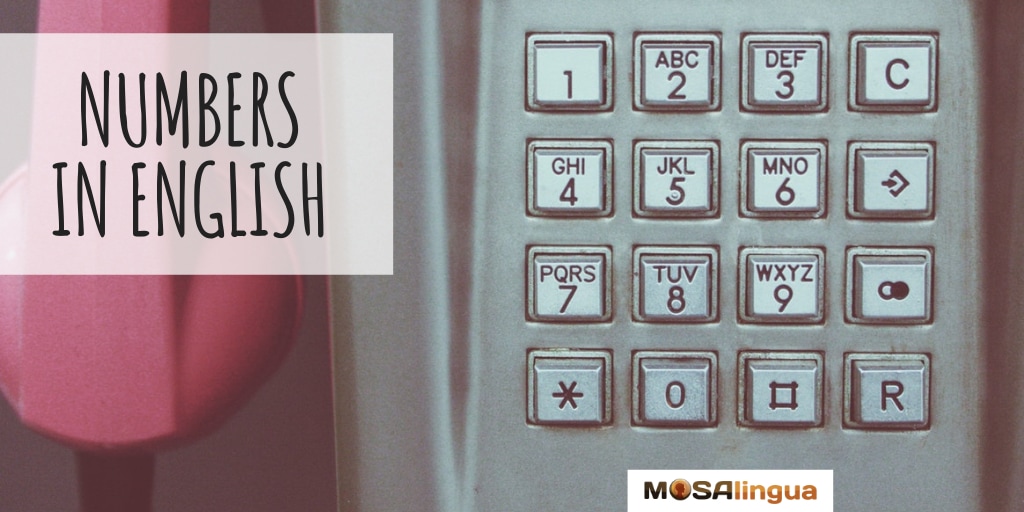 Numbers in English From 1 to 1 Billion: Basic Vocabulary

In this article, we’ll teach you how to say and write cardinal and ordinal numbers in English, from 1 to 1 billion! 3… 2… 1… go!

English numbers from 1 to 20

As the famous song from the musical, The Sound of Music, goes: “Let’s start at the very beginning, a very good place to start.”

MosaTip: When to write numbers in English as words — In formal writing, you should spell out numbers up to ten in letters, but any larger numbers can be written in digits.

MosaTip: Young people from 13 to 19 are called “teenagers” or “teens.” Can you see why? 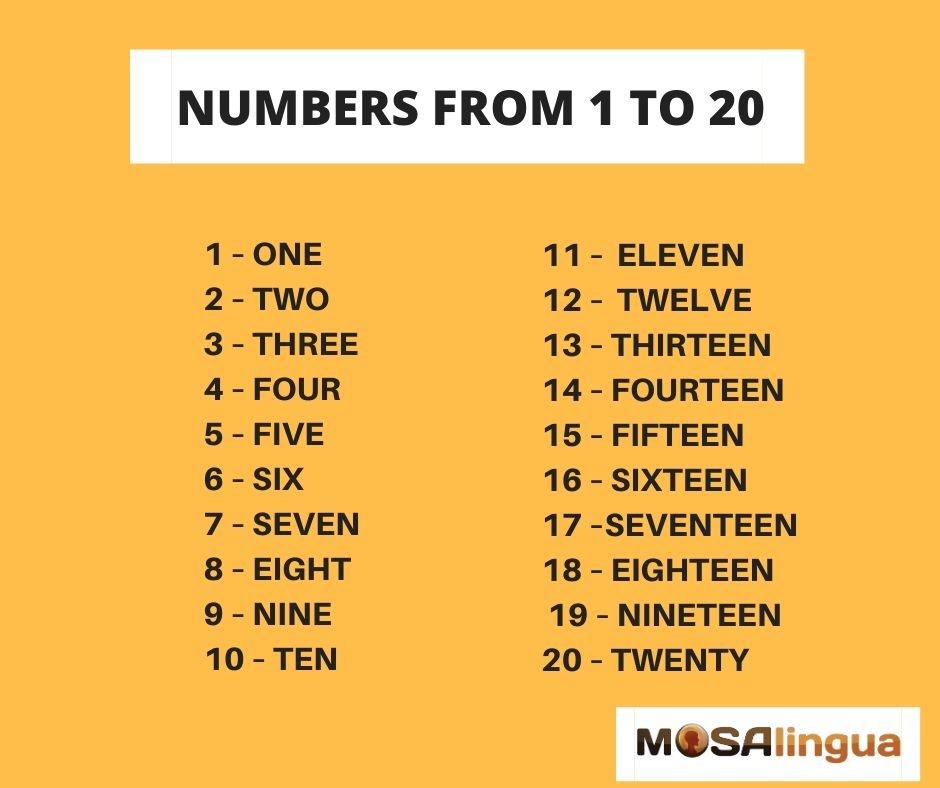 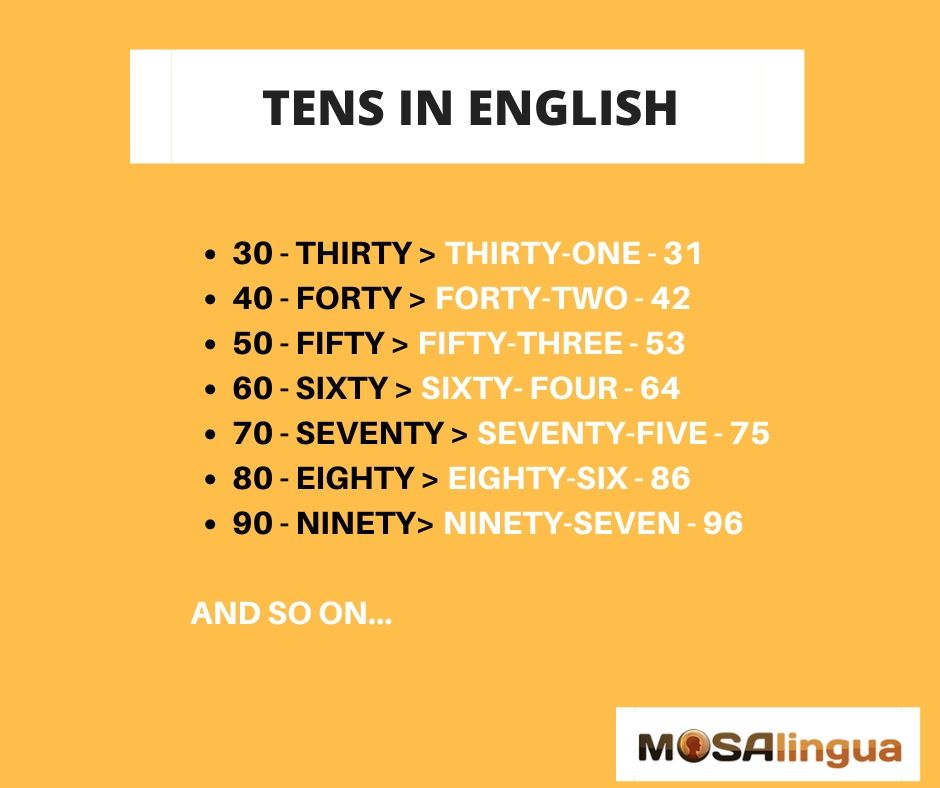 Let’s recap! Here is a list of the numbers from 1 to 100 in English. Feel free to print it out and use it as a cheat sheet! 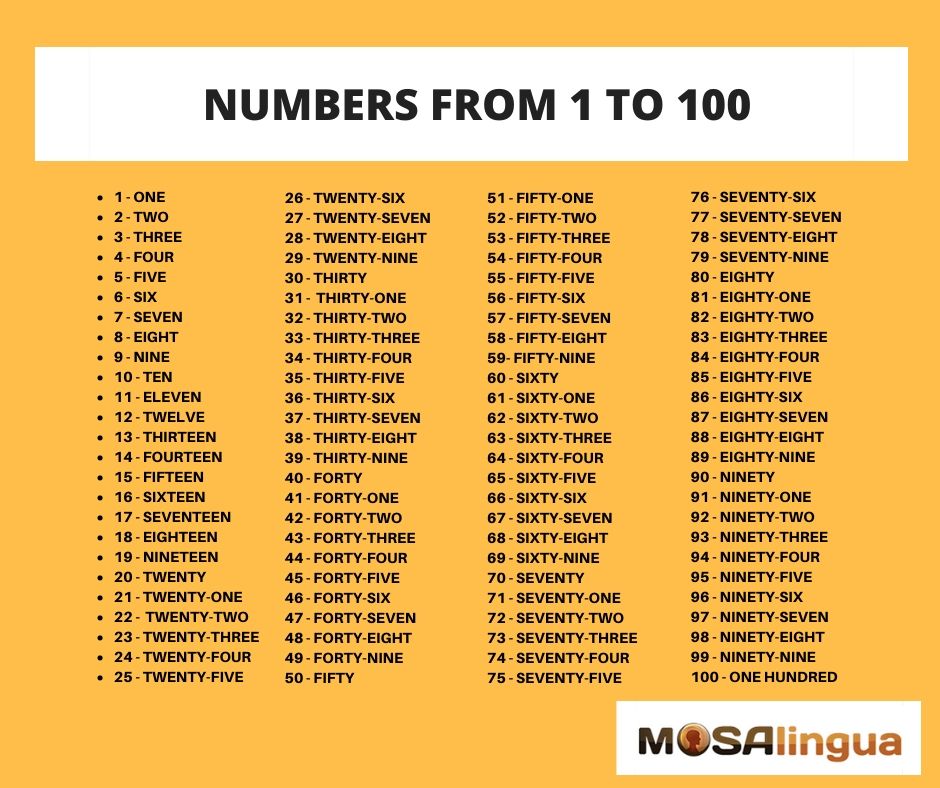 To form numbers from 100 onwards, just combine what we mentioned above: 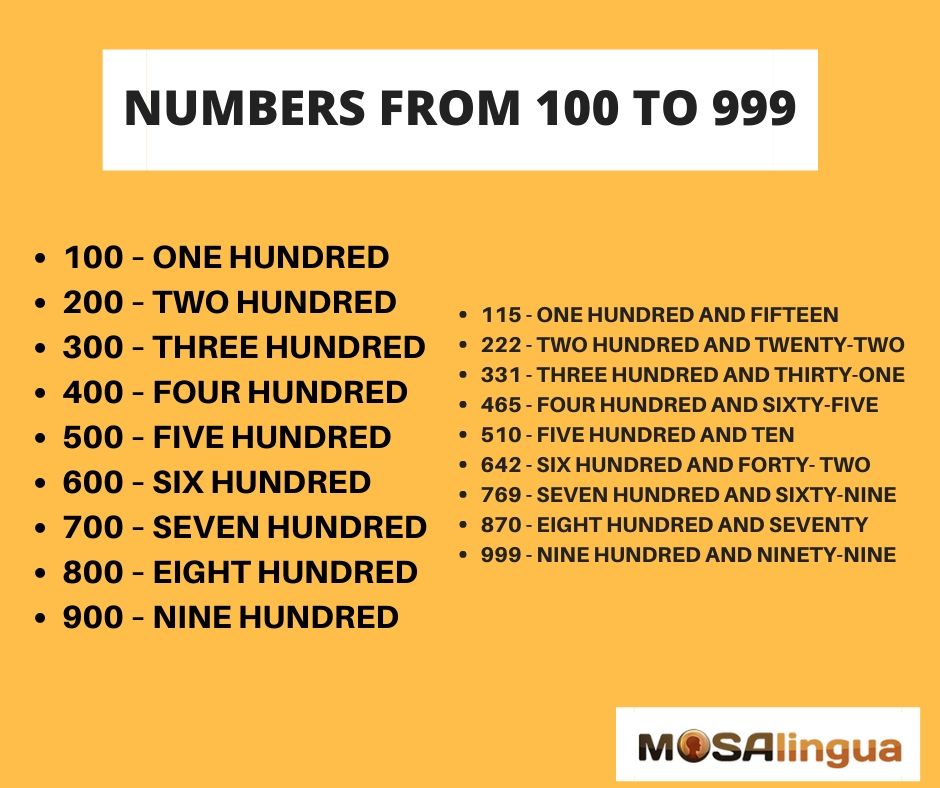 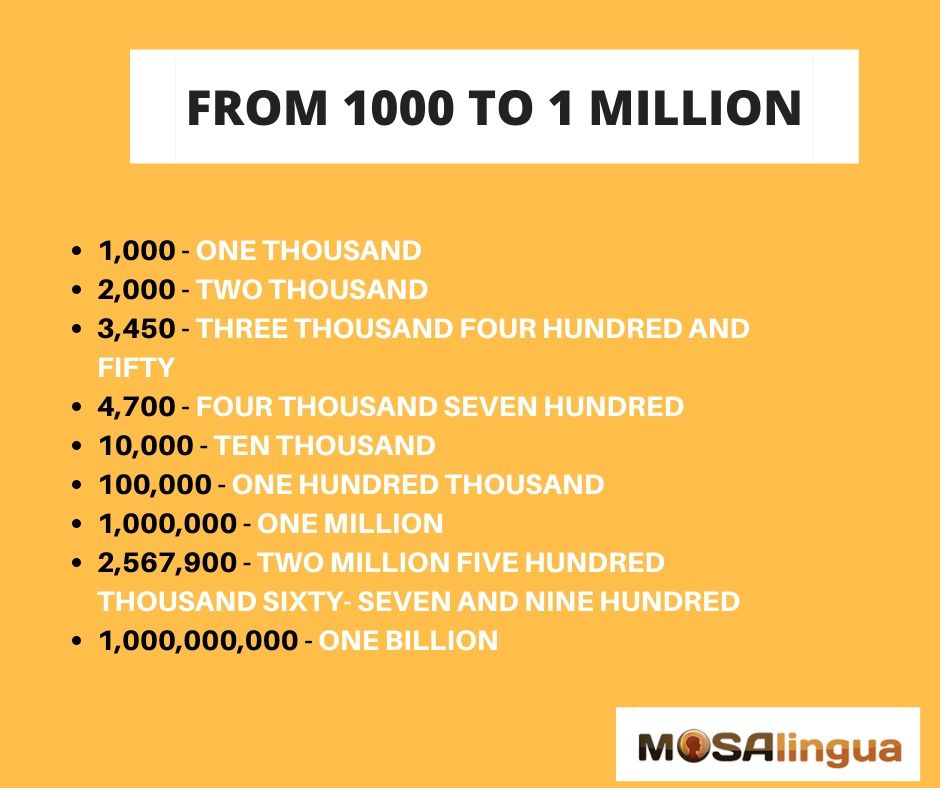 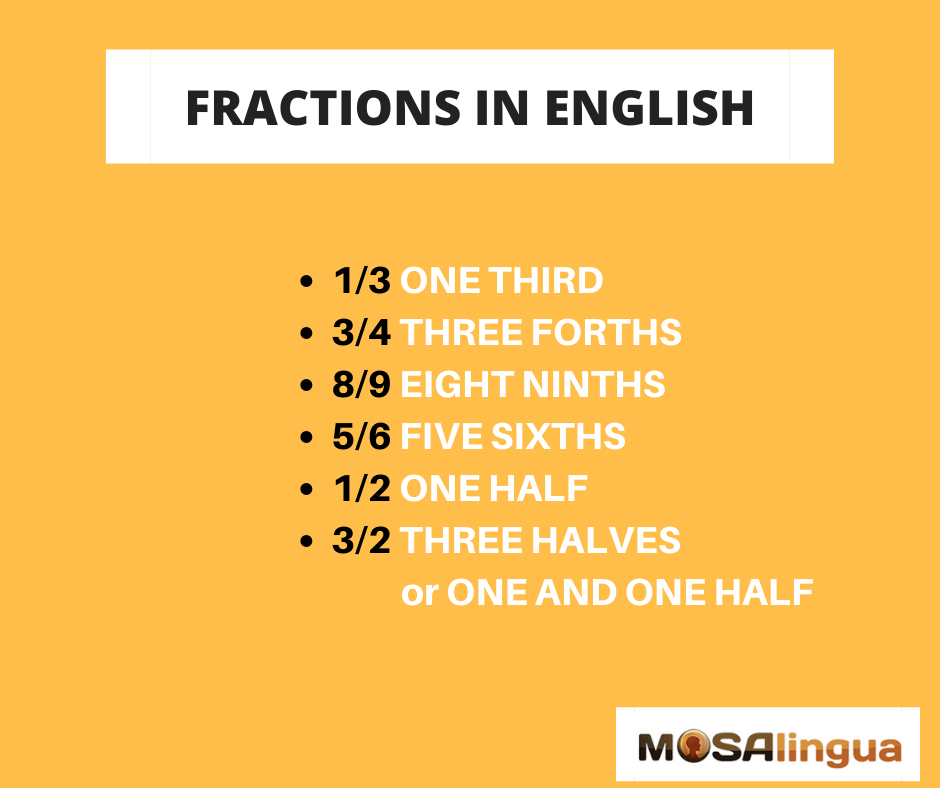 How to Pronounce English Numbers (VIDEO)

Now, if that all seems a little complicated, Abbe will explain everything you need to know about the numbers in English and how to pronounce them in the video below. You can also watch it on our YouTube channel. Repeat each number out loud after Abbe to practice your pronunciation. That’s called shadowing; read this article to learn more about the shadowing technique.

She also covers some important ways to use numbers: percentages, fractions, the number zero, and more.

How to Write Numbers in English

Number conventions are different in every language, and it’s important to get them right. This is a slightly more advanced topic, so if you’re a beginner you can stick to learning the basic numbers above.

English expressions with decimals and percentages: “99.9% (ninety-nine point nine percent)” — almost certain, almost always, almost completely. For example, “I am 99.9% sure I locked the car,” you are nearly certain that you locked the car.

English expressions with currency: “to put in one’s two cents” — to provide your opinion, usually when no one asked for it.

How to say 0 in English

Next, there are different words for the number zero depending on the use. They are the following:

Don’t forget that you can also listen to this article on our MosaLingua Language Lab podcast:

Listen to “#7 – Numbers In English” on Spreaker.

Telling time and talking about the date in English are other useful skills to have. They also deal with numbers, but they are a bit particular. Watch Abbe’s video to learn how to use the English numbers you just learned to make an appointment or give someone the time.

If you’re learning other languages:

Patricia is a Spanish Marketing Expert and Content Creator. She has lived in Scotland and Italy. She is currently living in Germany with her family and raising trilingual kids. She is always looking for good content to share with our language students through the Spanish blog. She speaks: Spanish, Catalan, English, Italian, and German

Filed Under: EnglishTagged With: video vocabulary