One of the first things we learn when we start studying a language is numbers. Knowing the numbers allows us to talk about dates and times, prices, age, quantities, and more. Learning them might be a bit boring, but at the end of the day, it’s something you need to know if you want to start communicating in French. In this article, we’ll talk about numbers in French and give you some good tricks for understanding how they’re structured and remembering them more easily. 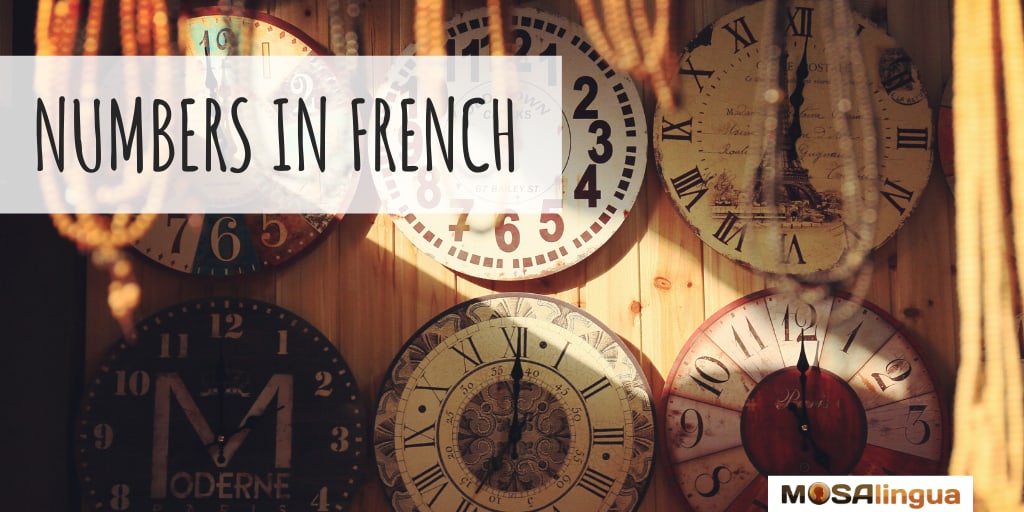 French numbers from 1 to 20

We’ll start with the cardinal numbers. These indicate quantity, dates, times, measurements, etc. The most important thing to remember with numbers ranging from 1 to 20 is that, up until 16, there is no rule. You’ll have to learn them by heart. Then, 17, 18 and 19 are easier, since you just have to take the number ten (dix) and add the corresponding unit. So you end up with dix-sept, dix-huit and dix-neuf.

If you need a cheat sheet, right-click the image below to download it (or even better, add these numbers to the flashcard learning stack in your MosaLingua app!). 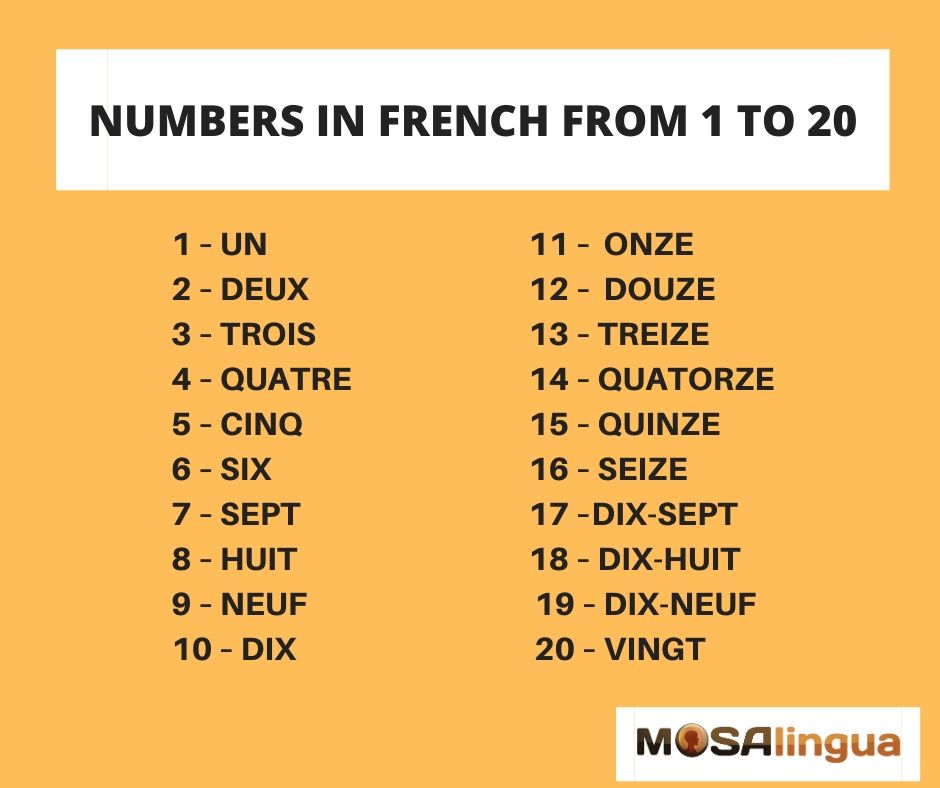 The numbers in French have certain nuances that you’ll have to remember.

Again, here’s a little cheat sheet you can use for practice: 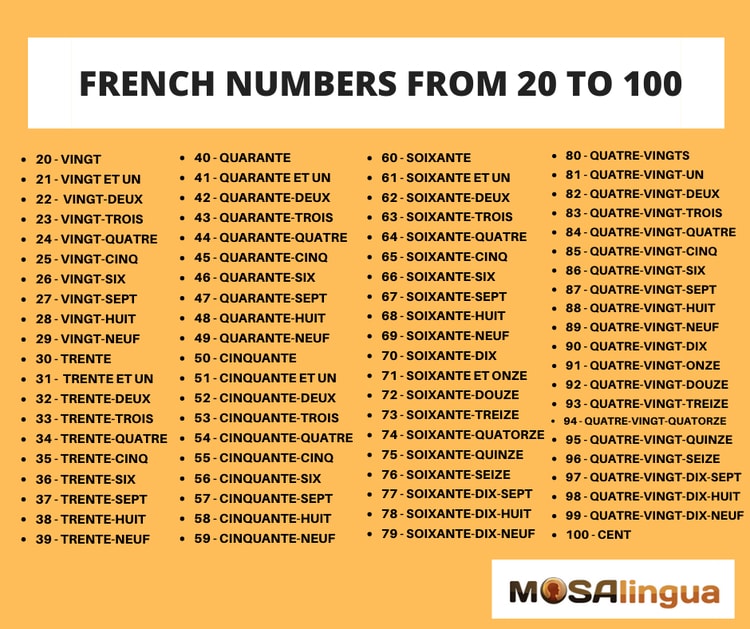 As the name implies, ordinal numbers express order. We use them to talk about the floors in a building, lists or rankings, etc.

As you will see, only “premier” is irregular. For the rest of the ordinal numbers, you just have to put together the cardinal number and -ième.

When the cardinal number ends in -e, this letter disappears to form the ordinal number (quatre – quatrième). Cinq takes an extra u (cinq – cinquième), and the f in neuf becomes a v (neuf – neuvième).

How to Use French Numbers

Numbers are usually used in context, in a particular situation, to talk about quantity, prices, date and time, among many other things. We don’t normally list numbers just for the sake of it. That’s why we not only have to learn the numbers, but also the expressions and structures in which we might find them.

It’s impossible to cover all the different contexts and situations where numbers are used in just one article. Today we’ll look at two of the most important ones: dates and times.

In French, we use cardinal numbers to express the date, except for the first day of the month, for which we use the ordinal number “premier.”

To form a complete sentence, we use on est le before the date:

There are two ways of expressing times in French. Either with the 12-hour or the 24-hour system. In either case, we use cardinal numbers.

The most common way of asking for the time is: “Quelle heure est-il, s’il vous plaît ?” or else, “Il est quelle heure ?“

How to pronounce French numbers

To know how to pronounce the numbers in French, as with any other word, it’s very useful to listen to podcasts in French. This will help you not only improve your pronunciation, but familiarize your ear with the language’s sounds and learn new words.

Another option for practicing pronunciation is a tool called Forvo. With it, you’ll be able to listen to recordings of native speakers, as well as record your own voice and correct your pronunciation.

Finally, you will find videos about pronunciation and French grammar on our YouTube channel.

We hope you enjoyed this article! If you want to know more about the numbers in French and continue learning this romantic language, check out these great online resources to learn French.

You can also download our app to study French or any other language. It’s easy and quick!

Filed Under: FrenchTagged With: vocabulary