At some point in your life or another, you’ve probably considered (or even tried) learning a language. The first languages that come to mind are probably Spanish, French, German, etc. But everyone studies those! If you want to be different, here are some cooler, more obscure languages you could learn. 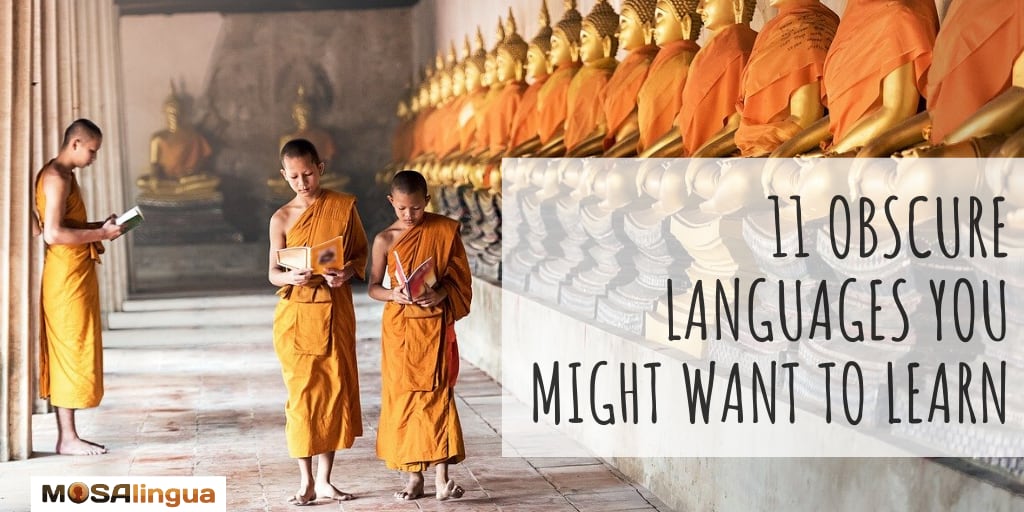 11 Somewhat Obscure but Cool Languages You Need to Learn!

Rare and obscure languages – ones you don’t hear every day – are some of the coolest languages to learn.

For one, they allow you to learn something that you probably don’t know anything about. They aren’t necessarily the easiest languages to learn, nor the most useful languages. But they are by far the best languages to show off with. 😉 Here are my top 11 cool obscure languages, plus how and why to learn them.

Other than it sounding cool or the bragging rights it affords, why learn the Cornish language? The main reason to learn Cornish is to be able to listen to Cornish musicians. They have cleverly mixed the best parts of modern pop music and traditional Cornish music.

This creates a great blend of music! If you don’t believe me, type “Modern Cornish music” or something similar into Google or Youtube. Something you hear might become your new favorite song!

How to learn Cornish online: I assume that most of you don’t live in Cornwall (if you do, local people can teach you, plus classes are held locally too!) There are some quite easy ways to learn Cornish, mainly Go Cornish. The website is dedicated to language revival and includes many resources for learning the language, including apps, stories, and games.

Catalan is a language I personally speak, having been a translator in it for around 15 years. Whilst it probably isn’t as useful as its older brother, Spanish, it can get you in the good books of many Catalan locals.

Why learn Catalan? Other than the fact that you can endear yourself to the locals, there is one other key reason: it can help you with your Spanish. If you are learning Spanish (especially if you already speak French), Catalan can be an excellent language to learn on the side!

How to learn Catalan online: If you don’t want to/can’t move to Catalonia, the best place to learn Catalan is by far Parla.cat. It is an online language-learning resource produced by the Generalitat de Catalunya. Alternatively, you can learn Catalan on Duolingo, but only if you use the app in Spanish, which could be a problem if you don’t speak Spanish yet.

Breton is yet another Celtic language. It is only really spoken in Brittany, a region in France. And whilst it may not be as easy to learn as say, French, it will help you communicate with the locals, and even endear yourself to them.

Why learn Breton? You’ve probably already heard of some famous Breton poets, like Tristan Corbière and Meavann. It’s often even better when you get to read them in their original language! Breton is also well known for its music. It’s some of the greatest solely vocal music out there!

Where can I learn Breton? Learning Breton isn’t too dissimilar to learning any other language. You can learn it on the internet for free! One of the best sites for learning Breton is Loecsen. It is a site dedicated to teaching Celtic and other obscure languages. 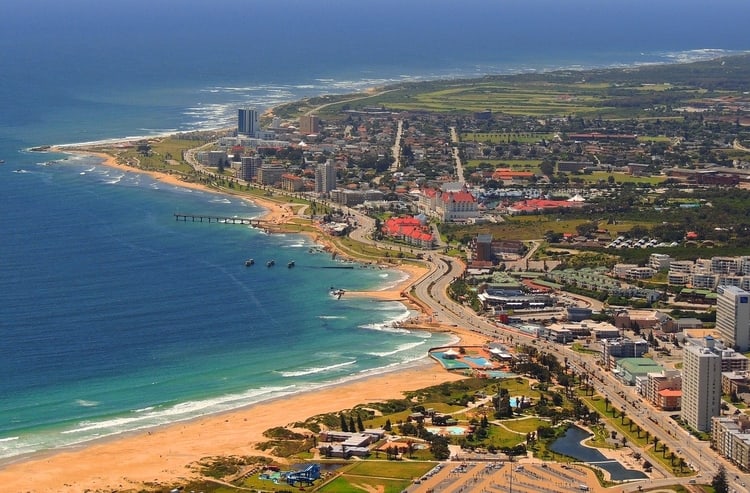 22% of the people who live in Port Elizabeth, South Africa, speak Xhosa.

Xhosa is probably the least well-known language on this list. It is an indigenous Bantu language spoken in some parts of South Africa, much like Zulu. And in fact, the two languages are mildly mutually intelligible.

How to learn Xhosa: My favorite website for learning Xhosa is UBuntu Bridge. It is a language-learning resource that allows you to learn Bantu languages, including Zulu and Xhosa. It even recently launched a mobile app.

Belarusian is a language that is quite close to Russian. And it is indeed one of the most obscure languages out there. Not because of where people speak it or the number of speakers. But the fact that was once illegal!

That’s right, it was illegal to print books and papers in Belarusian in Belarus! 😮 That ban was lifted in 1905, but Russification has made Russian more commonly spoken in the country than its original language.

How to learn Belarusian online: One of the best sites for learning Belarusian is Learn101.org. It can take you from learning basic grammar rules and the alphabet to the most complicated vocabulary!

Have you ever thought of becoming a Buddhist monk? Probably not. But if you’ve ever wanted to communicate with the Dalai Lama in his own language (one of them, at least), Tibetan is the language you need to learn!

Why learn Tibetan? Tibetan is rather easy to learn compared to languages such as Sanskrit, or even English. Phonics is one of the easiest things about Tibetan, since everything is pronounced as it is written. That said, you’ll need to learn a new alphabet if you don’t want to rely on transliteration.

How to learn Tibetan online: I’m assuming that you don’t want to leave your mortal life and take up a more spiritual one in Tibet. There are many organizations and resources that can help you learn Tibetan from home.

The Tibetan Language Institute is one of the best language resources, as it not only explains grammar, vocabulary, etc. but also the culture and history of Tibet and the Tibetan language. 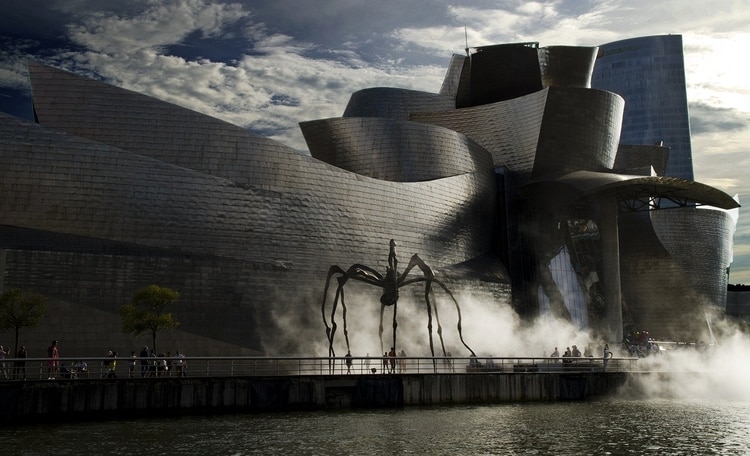 This gorgeous Guggenheim Museum is located in Bilbao, in Basque Country. Photo by Enric Sagarra.

Is Basque hard to learn? Basque is such an intricate language, and it is difficult, yet not impossible, to learn. It is also mysterious – we don’t know where the language came from. Did you know that Basque country spreads across parts of Spain and France?

How to learn Basque online: Despite speaking one of the most obscure languages on the planet, the Basque people are proud of their culture. EuskalKultura is one of the best Basque learning sites. It links to many other sites that can help you to further your Basque studies.

Leonese is yet another language from the Iberian Peninsular. It is probably the weirdest sounding Iberian language. However, the language has much in common with Spanish and other Ibero-Romance languages.

Why learn Leonese? This language doesn’t really have that much social prestige in Leon, not like Catalan does in Catalonia or Galician in Galicia. But the best reason to learn Leonese is the uniqueness of the language. Many books published in Leonese haven’t been translated into any other language.

Where can I learn Leonese? Leonese is a rather difficult language to find good resources on, due to it being one of the most obscure languages. Memrise has one of the largest collections of Leonese language resources in English (many more are available if you speak Spanish).

Maltese is a language I have recently started to learn. Despite it being one of the most obscure languages on the planet, I find it fascinating. It is so much like Arabic, yet has hints of Italian and English in it too!

Is Maltese hard to learn? Personally, I learnt Maltese because I love the challenge of learning an obscure language. Maltese is also closely related to Arabic, a language I intend to learn. Learning Maltese allows you to easily take up Arabic, since you’ll already know some of the vocabulary beforehand.

How to learn Maltese online: There are several apps and websites that can help you to learn Maltese. The two apps/websites I used were uTalk and iLanguages.org. It was one of the most useful obscure languages for me to learn, mainly because I plan to move to Malta in the summer.

Hawaiian is the only native Polynesian language on this list. It is one of the most endangered and obscure languages on the planet. Yet its historical and cultural value is immense!

Why learn Hawaiian? For one, to be part of the revival of a language that almost died. When the U.S. overthrew the Hawaiian government, they started teaching English instead of Hawaiian in schools. It quickly disappeared from other public spaces, too. Fortunately, a grassroots movement began promoting the language before it went extinct.

How to learn Hawaiian at home: There is one major website where you can learn Hawaiian: Mango Languages. This site lets users log in and collect points as they learn the language.

And finally, Occitan is probably one of the best obscure languages to learn. Especially if you love wine. Occitanie, in France, is well known for its wines. You may have heard of the region where this language is spoken: Languedoc-Roussillon. 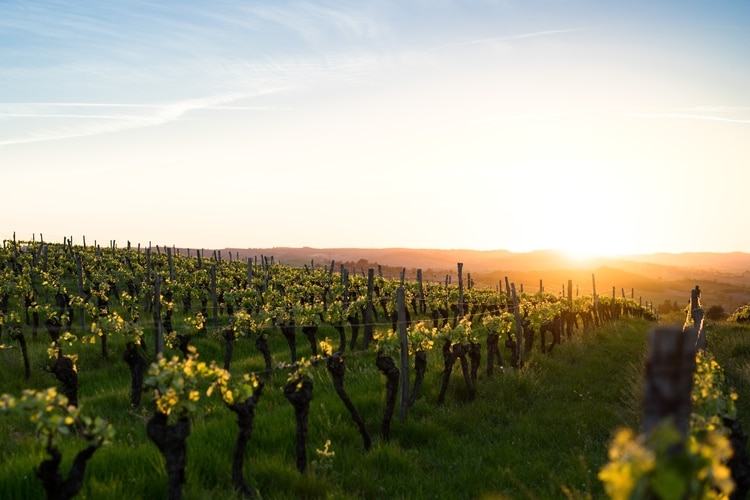 The Languedoc-Roussillon region is known for its vineyards, like this one in the medieval town of Carcassonne.
Photo by Boudewijn “Bo” Boer.

Why learn Occitan? For the wine. If you love wine, and you’ve ever wanted to go to a vineyard, Occitanie offers some of the best on the planet. I went to one last year and absolutely loved it!

How to learn Occitan: Unlike for many languages, there is no official app or website that you can use, so I recommend Memrise. Users have compiled some Occitan learning resources, and it’s a good place to start if you can’t make it to France any time soon.

So, which of these cool languages will you consider learning? Did I miss out on any obscure languages? Let us know in the comments!

Gareth Seagull is a translator at Raptor Translations, a global translation agency, and guest author for MosaLingua. He is dedicated to spreading his knowledge of foreign languages!

Filed Under: LanguagesTagged With: fun practice