Since the year 1940, linguists have been asking themselves if the language we speak can affect our perception of the world; among the most renowned linguists is Benjamin Lee Whorf, who developed the principle of linguistic relativity. Whorf’s investigation, which is based on Einstein’s theory of relativity, concludes that speakers of different languages possess differences in their cognitive process, which are related to the differences found in the language spoken by one person compared to another. Although his theory has been highly criticized due to a lack of scientific rigorousness, it is an interesting topic, as it isn’t so ridiculous to think that the language we speak can change the way we think and see the world. 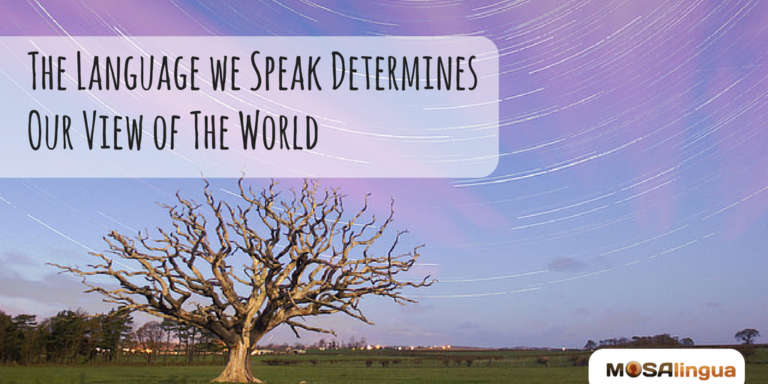 The Language we Speak Determines Our View of The World

1. Our surroundings and the language we speak 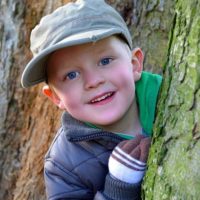 This is a concept developed by a linguist called Guy Deutscher which is based on how we describe the position of objects around us. In an interview by The Guardian, Deutscher uses as an example the following phrase: “The boy is standing behind the tree”. He explains that it’s natural to think that all languages behave the same way when describing something as simple as this. And that has been reinforced by the fact that, for centuries, philosophers and anthropologists have taught that egocentric occidental principles of space, such as “in front of”, “left” and “right”, are basic universal components of languages and of the cognitive process.

In the case of an aboriginal language called Guugu Yimithirr, in Australia, the speakers of this language don’t use such concepts to describe their surroundings, they use cardinal points. Taking the example of the boy behind a tree, they would say something like: “the child is at the north side of the tree”. This led Deutscher to conclude that the speakers of this dialect develop a type of GPS in their brain as they grow up to constantly identify the cardinal points, thus allowing them to understand and explain what is going on around them. 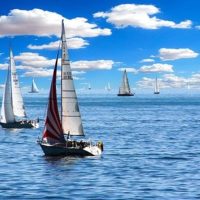 In a recent study, the psycholinguist Panos Athanasopoulos from the University of Lancaster in the UK, conducted an experiment with English and German native speakers to determine how they would see and understand events.

Athanasopoulos concluded that the English language makes its speakers more inclined to speak in terms of happenings in time, while German doesn’t. For example, “I was sailing to Bermuda and saw Elvis” is different from “I sailed to Bermuda, and I saw Elvis”.

Germans tend to specify the beginning, middle and end of an event, while English speakers usually leave the scope of the action out and focus on the action itself. Looking at the same picture, a German speaker would say something along the lines of “A man is leaving his house and is walking to the store” while an English speaker will simply say “A man is walking”. For more details on this study, click here. 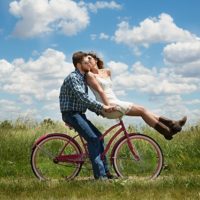 A series of experiments, developed by Lera Boroditsky, a psychologist at Stanford University, demonstrated that the language we speak shapes the way we imagine things. Thus, something as simple as the gender of substantives (something nonexistent in English, but I’m sure most of you know that some languages have genders for nouns) can affect the way people picture things.

For example, when the tallest bridge in the world, Viaduct de Millau in France, was inaugurated, the German press described it with words like “floating over the clouds”, “elegance and simplicity” and “charming beauty”. On the other hand, the French press described it as being “huge”, and a “concrete giant”. It’s not a coincidence that the French used strong words while the Germans used words speaking of beauty because the substantive for “bridge” in German is feminine, while it is masculine in French. And because of this, the Germans saw typical feminine characteristics while the French saw masculine ones.

The grammatical gender also changes artistic renditions of intangible things. For example, for 85% of artistic representations of death or victory, the gender coincides with the gender of the substantive in the language of the artist. Germans thus tend to paint death as being a man (masculine substantive) and Russians as a woman (feminine substantive).

I hope you found this article interesting. If you’d like to find out more about how languages affect the brain, I invite you to read our articles on the benefits of being bilingual, the differences of the bilingual brain and how languages seem to have their own characters.