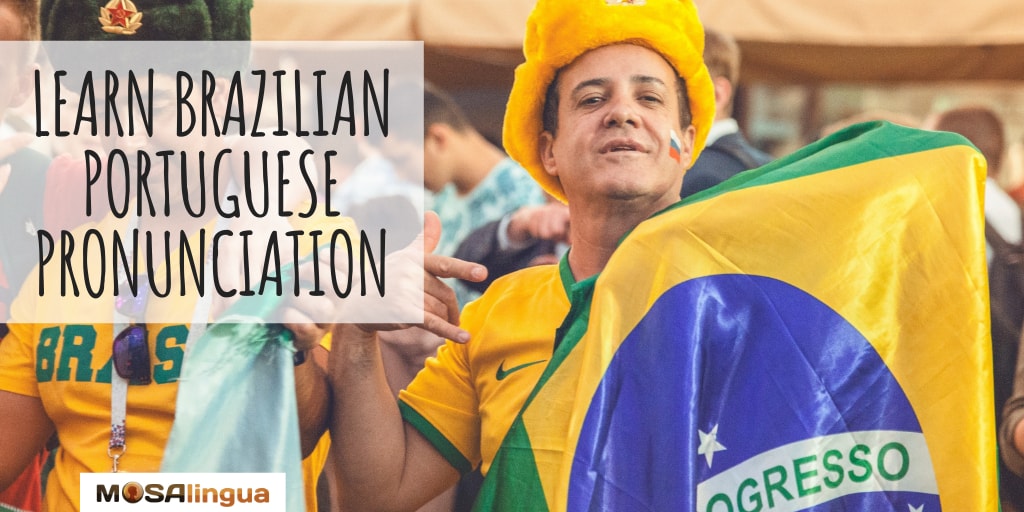 Portuguese Pronunciation: What You Need to Know

With more than 230 million native speakers on just about every continent (Asia, Europe, Africa, and the largest population center, the Americas), Portuguese is one of the most spoken languages in the world. So it’s perfectly natural to want to speak it. In this article, we’re going to focus on Brazilian Portuguese pronunciation, because it’s the country with the most Lusophones.

MosaTip: What’s a Lusophone? A Lusophone is someone who speaks Portuguese. And with this pronunciation guide, you’ll be well on your way to becoming one!

But don’t worry, even if you learn Brazilian pronunciation, Lusophones from other countries will be able to understand you just fine. If you perfect your accent with our tips, you’ll be able to travel to Portugal, Angola, Brazil, Mozambique, Cape Verde, and any of the other countries where people speak Portuguese!

⚠️ It’s worth noting that this article will only cover general rules. There might be a few exceptions or differences in pronunciation, depending upon where you go or who you talk to (even within a single country!). But if you follow this Portuguese pronunciation guide, Portuguese speakers from all over are sure to understand you.

To learn Portuguese pronunciation, you have to study Portuguese alphabet pronunciation. At a glance, there are a lot of similarities. There are 17 letters that generally “behave” the same way as in English: B, C, D, F, H, J, K, L, M, N, P, Q, T, V, W, and Y.

Did you know? The letters K, W, X, and Y were added to the Portuguese alphabet recently because they are often used in foreign words that have been adopted into Portuguese.

To simplify things, we include these “new” letters in the alphabet that you study with MosaLingua. After all, if you want to be able to read and pronounce Portuguese correctly, you’ll need to focus a bit on pronunciation first.

The vowels A, E, I, O, and U are all pronounced a bit differently than in English:

But be careful: when vowels are followed by an M or an N, they tend to be more open and nasal. English does not use many nasal sounds, and when we do, it’s usually on consonants (think of m, n, and ng). If you keep in mind the resonant sensation that you hear and feel when you say words like “working” or “think,” you can play around with getting the same effect when pronouncing Portuguese words like pão, sempre, or bom. 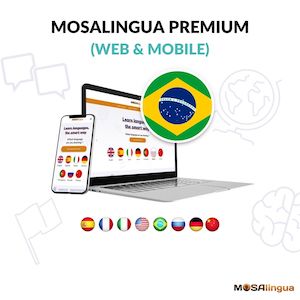 As mentioned above, the consonants B, C, D, F, H, J, K, L, M, N, P, Q, T, V, W, and Y generally sound and act the same in Portuguese as they do in English. Note that the letter H is often silent at the beginning of a word, like in honest. (And consequently, not pronouncing the H in words like “hotel” and “have” is a mistake that a lot of native Portuguese speakers make in English. Our Portuguese teacher Lize took on Abbe’s English pronunciation tongue twister challenge, attempting this devilish sentence: “The hotel heirs were honored to help host happy hour.” Click here to see if she succeeded!)

But some letters do have a different pronunciation. There aren’t many, but knowing them is fundamental to good Brazilian Portuguese pronunciation. Let’s have a look at the few that will require a little more attention:

The letter C works mostly the same as in English:

Don’t forget about the letter Ç, called a cedilla, or a cedilha in Portuguese. Pronounce it /s/, no matter what letters surround it. For example: França (France)

This letter can sound like “dj” when followed by the letter I or E at the end of a word. For example: onde (where) or dia (day)

Since this sound is unfamiliar in English, here’s an example:

Similar to the letter C, you’ll need to pronounce G differently depending upon the letter that follows it:

In Brazil, the Portuguese R can have three different pronunciations:

The rolled “R” is not very natural for English speakers, so feel free to practice as much as you need! We haven’t made a video about the Portuguese rolled R yet, but it’s fairly similar to the rolled Rs in Spanish and Italian (click here for a video tutorial). And be sure to let us know in the comments if a Portuguese R video is something you’d like to see.

The letter S can have different pronunciation depending upon its placement within a word:

🇵🇹🇧🇷 How to pronounce Portuguese in Portugal vs. Brazil

Listen to “Portuguese” pronounced in Portugal Portuguese:
Versus Brazilian Portuguese:

Typically, the letter T sounds the same as in English. However, in Brazilian Portuguese, when the letter T is followed by the letter I or E at the end of a word, it is pronounced “tch,” as in gente (people). That can be hard for English speakers to picture, so have a listen: 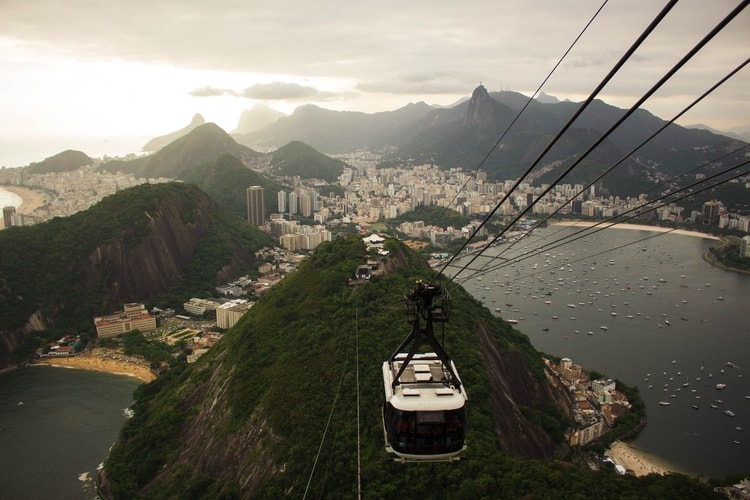 In Portuguese, vowels sometimes have accents. The different accents (grave [`], acute [´], circumflex [ˆ], and tilde [˜]) can have various effects on the words they’re present in. They can:

So, it’s not only important to memorize how to pronounce Portuguese words, but also to learn their spelling.

Unlike English, Portuguese is a tonic language. Accents serve both to indicate the placement of the tonic accent, but also to modify its sound. A vowel with a grave or acute accent is pronounced more openly. For example, when accented, you should pronounce the letter O as “aw,” like a yawn: avó (grandmother).

The grave accent is generally reserved for the contraction of the preposition a with words that start with a-. For example, instead of writing aa or aas, we write à or às (to the).

In Portuguese, the circumflex modifies the sound of the vowel. For these letters, keep your mouth slightly more closed for a more focused sound.

The tilde modifies the sound of a vowel by making it nasal.

There are a few letter combinations in Portuguese that have a special pronunciation. Here’s how to produce them: 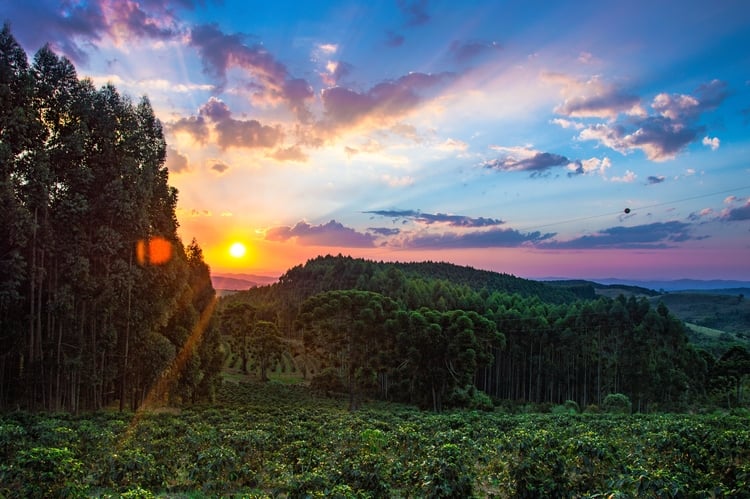 Once you’ve learned how to pronounce all the letters, it’s time to start practicing! You can:

To master Brazilian Portuguese pronunciation, relax, loosen your jaws, and repeat after your audio recording (that video is about learning English, but has valuable tips that apply to any language). Talk aloud and exaggerate your pronunciation.

If you come across a word that isn’t in your app and whose pronunciation you’re unsure of, Forvo is a nice crowdsourced pronunciation dictionary. You can also learn International Phonetic Alphabet (IPA) notation and look up the word in a standard dictionary.

If you spend 5-10 minutes on Portuguese pronunciation practice every day, you’ll see rapid progress! Don’t forget that the goal is to make yourself understood. Not to have perfect pronunciation. The more you practice and the more you talk, the better your accent will get! Anyhow, native speakers often find it charming when foreign speakers have an accent, as long as it doesn’t get in the way of comprehension.

If you enjoyed this article and you want to learn more about Brazilian Portuguese, here are a few suggestions that you might enjoy:

Katharina is French and German, and works as a translator and content creator for MosaLingua. Very curious by nature, she loves exploring other cultures and languages, but also spending time in nature and baking. She speaks English and French, as well as some German and Swahili.

Filed Under: PortugueseTagged With: pronunciation speaking