We have another pronunciation video to bring you! This time it’s how to pronounce the schwa /ə/ sound. By practicing this tricky sound, you’ll be well on your way to fluency. Make sure to practice it a few times a week to really get the hang of it! 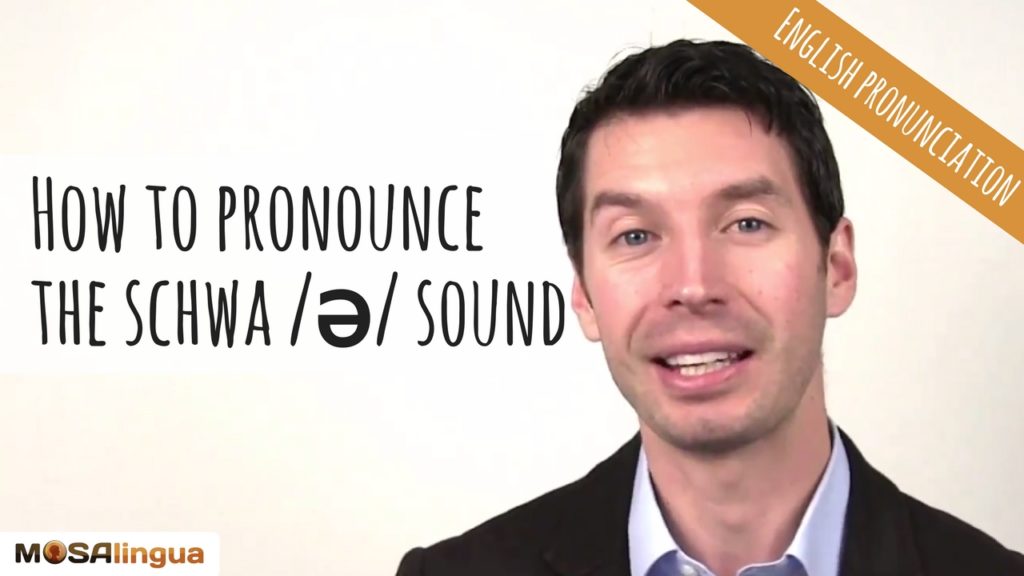 Hi! Today we’re learning about the schwa vowel sound and if you’ve never studied pronunciation in English you probably never heard of this sound. That’s okay! It’s a very easy to understand and produce sound, but the confusing thing is that every letter, every vowel letter in English can represent this sound.

I’ll give you 5 examples from the 5 vowels: a, e, i, o and u. So this schwa sound sounds like “a”. Very simple, right? The shape is just the jaw dropping slightly and this is somewhat low sound in the throat “a” like maybe you’re thinking “uh” That’s the way you can remember this sound.

So this sound is very similar to the short “u” and in some schools of pronunciation they consolidate these two sounds because they’re so similar. In my opinion the schwa is more subtle than the short u. The short u like in the word  “sun” involves a little bit more drop of the jaw and a little bit lower of the sound. But this is very similar so if it helps you understand the sound, you can listen to those short u sound and compare it to the schwa sound.