A big part of learning English is learning how to pronounce English words. But there are a lot of traps that can make mastering English difficult: silent letters in English, letter combinations that are pronounced differently depending on their context, letters whose pronunciation changes in different words, etc. Phonetics and pronunciation are often the two most challenging aspects for English learners. 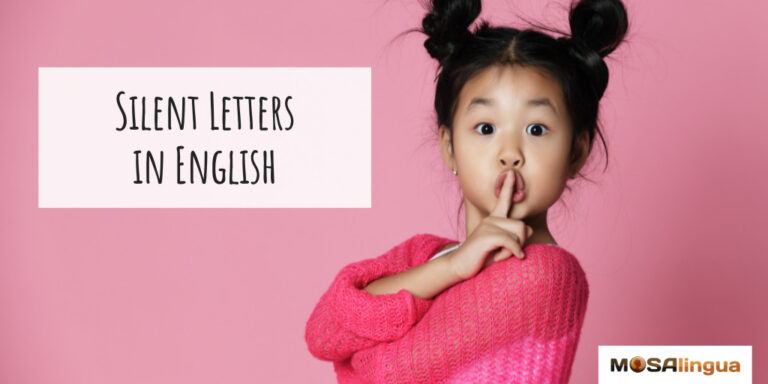 Debt, muscle, yolk… These words can be difficult to pronounce if you’ve never heard them. Why? Because they all have a silent letter in them.

There are, however, a few tricks and patterns that can help you learn which letters are not supposed to be pronounced. This will make it easier to recognize words with silent letters. But we do still recommend that you listen to the pronunciation of a new word and try to copy it.

Words with silent A: Look out for the suffix -ALLY

You might be surprised to see that the letter A figures into the list of silent letters in English. You can review the American and British pronunciations in the Cambridge dictionary, indicated after each of these adverbs:

These words all have the same ending, but you might notice that the letter A at the end doesn’t make the sound you might expect. The /ə/ symbol in phonetic spelling denotes this.

The general rule here is that -ally is not pronounced as /-ali/, but as /-əli/. So start practicing! Read these words, but most importantly, listen to them and practice pronouncing them yourself.

You might have also noticed that the R in “artistically” isn’t pronounced as a typical British R. Instead, it’s more like a long A. If you’re learning British English, be aware of this!

Now the letters with a silent B. Are there any that come to mind?

Do you see any patterns? The general rule to remember is: if the B comes after an M or before a T, then it is silent.

The letter C is silent whenever it follows the letter S. Here are a few examples:

Now, let’s have a look at the letter G. If it’s followed by the letter N, it will be silent. Like this:

Also, the combination GH is generally silent if it follows a vowel:

Words with silent H: WH- or at the beginning of a word

Among the list of silent letters in English, the letter H is a bit special. You’ve probably already learned that the letter H is pronounced in many cases. This is true… but only sometimes. Particularly when it follows a W, like this:

But the letter H can also be silent at the beginning of a word, as in:

It’s a very common mistake among English learners to pronounce the H at the beginning of these words. This is because there are also words that start with an H that are pronounced, like heavy or healthy. So you’ll just have to be careful and memorize the pronunciation of each word that starts with an H (it’s easy to do with your MosaLingua app!).

When a K comes at the beginning of a word and is followed by the letter N, it’s generally silent. This is one of the easier rules to recognize and remember. Here are a few examples: 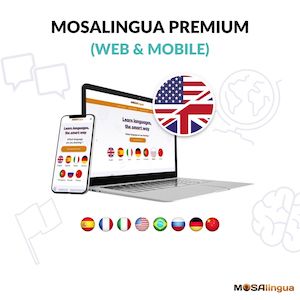 Want to learn English or improve your skills?

Good news: we can help!
More good news: you can get started for free! With your free trial, you can test drive the most effective method for learning English for the next 15 days!

Many English learners make the mistake of pronouncing an L when it’s supposed to be silent. Here are a few different letter pairings where the L is silent:

As you can see, the L is often silent following the vowels A, O, or U.

Words with silent N: -MN (at the end of words)

Did you know that the letter N is often silent when it falls at the end of a word? Especially when it comes after an M. Have a look at these examples:

The letter T can also be silent. This is the case in the following words:

Often is a little different, because the T can be pronounced. Either is correct; it’s mostly a matter of regional accent.

Unfortunately, there’s no specific rule for silent Ts. So the best thing to do is to find the most common words and memorize them. Don’t forget that this is super easy with the flashcards on the MosaLingua app!

Another “trap”: the silent letter U

The letter U presents a special challenge for English learners. Sometimes it’s pronounced /w/. Other times it’s /ʌ/. In some words, though, it’s entirely silent:

Unfortunately, just like with the letter T, there isn’t a fixed rule. Even though the U is silent in many words with the GU- combination, it isn’t always the case. So, as soon as you see a word with a U in it, it’s a good idea to find a recording of its pronunciation and repeat it yourself to remember it better.

Finally, the letter W is often silent. For example, when followed by the letter R, as in:

But it can also be silent in other words, like:

As you can see, it’s common to have both silent consonants and silent vowels in English, and they can be found in many common words.

The rules in this article will help you spot these tricky letters and pronounce new words correctly, but you should also look up the correct pronunciation and train yourself to memorize it. These rules will be a good foundation as you continue learning.

Here are a few other common words with surprising silent letters that might interest you. Be careful – English has a lot of these! They’re all common words, but they don’t fit into any of the categories above.

Leave us a comment if you know of any others!

You can find all these tips (and how to properly pronounce words with silent letters) in the video below. It’s in English but there are subtitles in six languages (English, French, Spanish, Brazilian Portuguese, German, and Italian). To turn them on, click on the gear at the bottom right of the video.

Lizzie is an English teacher and content creator from Scotland, UK. She loves learning other languages and enjoys sharing this love of languages through teaching and creating content on social media. She speaks: English, French and Spanish

Katharina is French and German, and works as a translator and content creator for MosaLingua. Very curious by nature, she loves exploring other cultures and languages, but also spending time in nature and baking. She speaks English and French, as well as some German and Swahili.