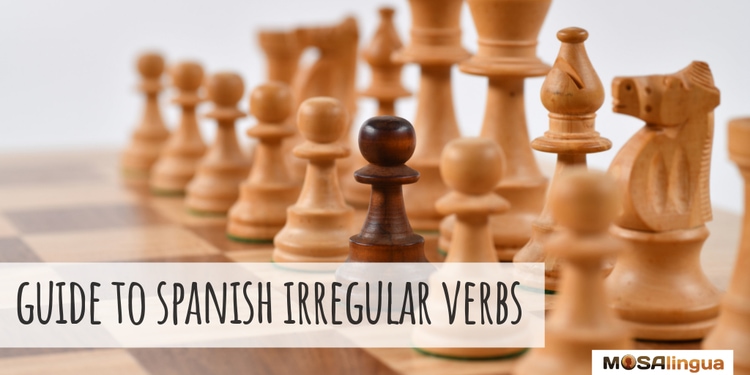 Querer for example is an irregular Spanish diphthong verb. What’s different about it? The first e becomes ie in the three singular forms, and in the third person plural form. In other words, in the present tense, this is how it’s conjugated: quiero, quieres, quiere, queremos, queréis, quieren

The rule? An irregular Spanish diphthong verb is a verb in which the root vowel (like the e here) becomes a diphthong in the three singular forms, and in the third person plural form.

Irregular Spanish verbs with a diphthong don’t just occur in the present tense: the simple present, subjunctive and imperative also have them.

As you may have noticed, in the 1st and 2nd person plural forms the conjugation is regular.

When a letter becomes two letters, it’s called an irregular Spanish diphthong verb. This is what you just saw in the last section. When the root letter is replaced by a different one, that’s called a weak irregular Spanish verb. More specifically, they are verbs which end in –ir whose root e becomes an i, when there is no i in the ending. Sounds a bit complicated, right? Let’s look at an example to get a better understanding.

The verb pedir, for example, is conjugated like this: pido, pides, pide, pedimos, pedís, piden. In the 1st and 2nd person plural forms, there is an “i” in the ending. So, the “e” stays an “e” in the first part of the verb (the root).

This weakening of the verb takes place in the three singular forms and in the 1st person plural in the present… We also find this weakening in the 3rd person singular and plural forms in the past historic.

We’ve come up with a list of the 20 most common irregular verbs in Spanish. Most of these verbs are irregular all the time (at least, in all the present tenses: indicative, subjunctive, and imperative) and in every form. Unfortunately, you have no choice – you have to learn them by heart.

Let’s not beat around the bush! Here they are, with their conjugation in the present indicative tense.

Tips on How to Learn Irregular Verbs

Did you know that we have an app for Spanish learners? It helps users learn Spanish vocabulary in the most efficient way possible, using spaced repetition technology. Basically, there’s an algorithm that calculates the best possible time for you to review what you’ve learned. When is that, you might ask? Well, right before you’re about to forget it! By trying to remember Spanish vocabulary words right before you’re about to forget them, you’ll slowly commit them to your long-term memory. And you can learn Spanish irregular verbs the same way!

For other tips and tricks, take a look at this video. Ok, so in this video Abbe might be giving you some tips to learn irregular verbs in English. However, some of her tips can be adapted to learning irregular verbs in Spanish. In particular: reduce your list of irregular Spanish verb to the ones used most often, group the verbs that are constructed in the same way (for example, those ending in –go / -ga), etc.

You can turn on the subtitles if you need them (Spanish, English, or one of four other languages). Just click the little gear icon in the corner of the video.

Are you trying to learn Spanish? If you are, you won’t want to miss our page all about how to learn Spanish fast. It features all of the tips and resources you need to successfully teach yourself Spanish. And if you feel like it, share your own experience or tips for learning irregular verbs in Spanish in the comments section of this article. 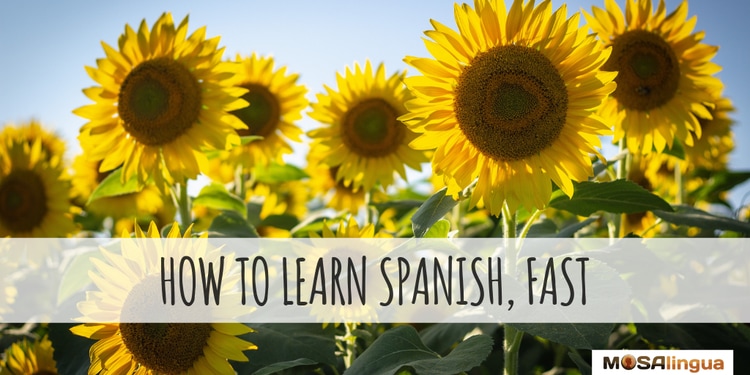 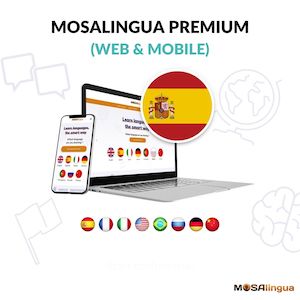 Filed Under: SpanishTagged With: grammar vocabulary