You could almost say that Switzerland has a love-hate relationship with the English language. While they appreciate English as a language, Swiss people would fight tooth and nail to protect their culture from being lost to a foreign language. This, however, doesn’t mean they have an aversion to it. On the contrary, a large portion of the population counts English as one of the languages they can speak. 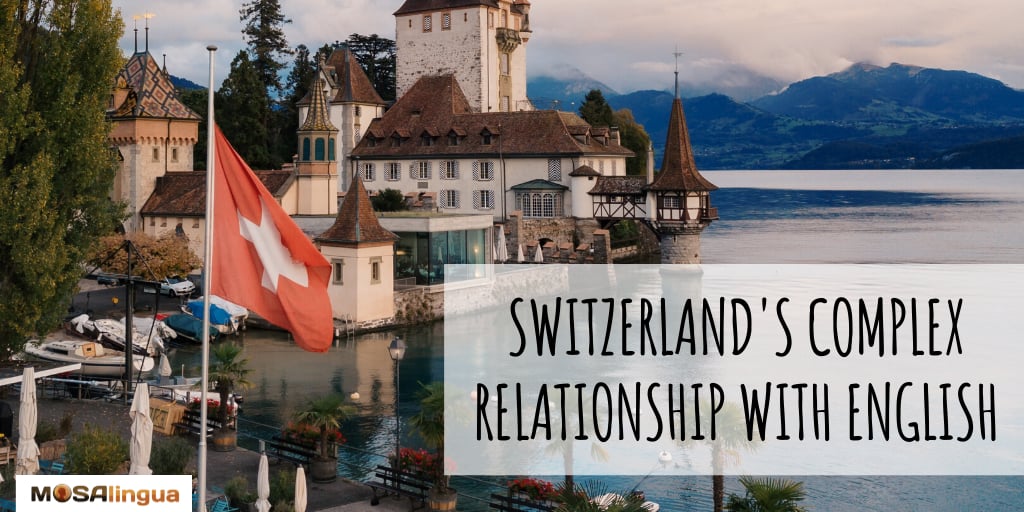 Do they speak English in Switzerland? The short answer is: yes!

English is considered a great threat to the Romansh language because the number of Romansh speakers is decreasing and English is finding its way into Swiss schools fast. Even French—which has a pretty good foundation—is threatened by English, since some cantons have already made it the primary foreign language in schools.

But there is a part of the population that has embraced English in their everyday lives: young Swiss people. This has a lot to do with the way they go about learning English. Most of them have perfected this language through self-teaching, rather than learning it at school.

When it comes to English in daily life, you’re probably wondering if you could get by without speaking the Swiss language of your canton. The answer is dependent on many factors, including which canton is in question, your social life preferences, how long you plan to stay in Switzerland, and others.

If you were to visit Switzerland as a tourist, not knowing any of the cantonal languages wouldn’t prove to be much of a hassle. Even the Swiss people who don’t know English will be friendly enough to try to understand you. Furthermore, in the biggest tourist hot spots, getting by without knowing a local language is easy, as most of the people will know at least elementary English.

However, if you are looking to permanently reside in Switzerland, the situation is a bit different. In big cities, such as Geneva and Zurich, you may be able to have a more extended stay without knowing a Swiss language. But you would be limiting yourself to contact with English speakers. However, in smaller cities and towns, it isn’t easy to navigate without at least basic knowledge of the canton language.

Many German-speaking cantons in Switzerland have embraced English as their first foreign language. Although, that decision provoked comments on how it endangers Switzerland’s multilingualism and official languages. The reaction mostly came from the French-speaking part of the country, which believes it is more important to prioritize Swiss languages in schools.

However, the Swiss National Science Foundation supports the idea of making English the fifth official language. They claim it will serve as a way of helping the communication between the public administration and citizens.

English as a “national” language in Switzerland

Seeing as how cantons have embraced English as the first foreign language in their schools, it is only natural to wonder if that’s an indicator of English becoming a national language. The idea of English becoming the official fifth Swiss language is not far off, considering how it can be used as a middle ground between the four languages of Switzerland.

According to the Federal Statistical Office in Switzerland, 40.8% of the resident population over 15 uses English once a week. This goes to show just how widespread the English language is in Swiss communication.

There is another part of Switzerland that has taken a liking to English, for a number of reasons: the media. Some media outlets mainly use English as a way to bring down costs, by delivering their message in only one language instead of four. Given that most of them usually presented their TV advertisements in at least two of the national languages, it is easy to see how using English would make it more cost-effective and less time-consuming.

However, even though some media outlets embrace English, the majority of Swiss media mainly use Swiss German and French as their primary languages.

English as a business language in Switzerland

There is no doubt that the English language is a highly important part of the business world in Switzerland. The English influence is mostly due to the fact that it makes international communications easier. Even local business communication is made easier via English. Since Swiss businesses use three of its four national languages—German, French, and Italian—it makes sense for English to be used as a common ground between them.

Although Switzerland is proud of its own four official languages, it’s important to keep up with global trends. Many businesses in Switzerland adopted English as their primary language because they acknowledge the widespread acceptance of English and its status as a global lingua franca. In addition, many of the workers claim to use it daily and in day-to-day communication too.

For a long time now, this country has been a banking center and an indispensable part of the global economy. It’s no surprise that organizations have turned to English, as it comes with cost and time-efficient qualities. In other words, it is simply easier to serve and communicate with international clients when there is no language barrier.

What Language Do They Speak in Switzerland? The Actual National Languages

What language do they speak in Switzerland? That is somewhat of a trick question! There are four official languages (and as you know, English isn’t one of them!). 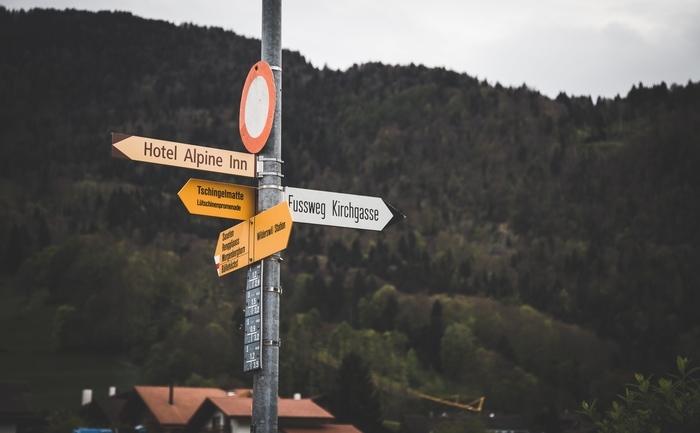 Switzerland is a country that has, for a long time now, embraced diversity and, with it, multilingualism. However, the country’s eagerness to establish equality is not the only thing that makes it exceptional. One look at the alpine mountains and a taste of their delicious local cuisine will be enough to prove just how seriously the Swiss take quality.

Just as important to Swiss culture are its four official national languages: German, French, Italian, and Romansh. The Swiss take their culture seriously. And the attempts to preserve Romansh as a national language make that obvious. The majority of Swiss people voted to make Romansh an official Swiss language, even though it is only spoken by 0.5% of the population.

Although Switzerland has four official languages, the country’s cantons tend to be either monolingual or bilingual. The population, however, mostly speaks at least two languages, with roughly 94% of the people being bilingual. The language of instruction in Swiss universities is usually the language of the canton where a school is based.

Around 60% of the population speaks German, the leading language in the country. However, it is not to be mistaken for the language spoken in Germany! The Swiss have their own version of it. While Swiss people understand and speak Standard German, the same does not go for Germans! Many don’t understand a word of Swiss German, a combination of dialects used in Austria and Germany.

French, although not as widely spoken as Swiss-German, is the second leading language in Switzerland. Roughly 20% of the Swiss population list French as their primary language. Contrary to German, the French language spoken in Switzerland is almost identical to the one spoken in France. The few distinctions are the speed at which they talk and the way they refer to some numbers. French people refer to the number 70 (seventy) as soixante-dix, or “sixty-ten,” while the Swiss choose to say septante.

The Swiss mostly speak Italian in the southern part of the country. It accounts for the primary language of 8% of the population and is the third most spoken language in the country. Similar to French, it does not have a significant distinction from the language spoken in Italy. The differences that do occur are minor and mostly due to the word-for-word translation from French and German. We call these translated phrases “calques.”

Romansh is a language that has existed for centuries in Switzerland. But even so, only 0.5% of the population speaks it, and it only became official in late 1996. Although it accounts for a small percentage of the population, it has a few distinct dialects that the Romansh-speaking community doesn’t want to let go of. This language is believed to originate from the times when Romans had conquered Rhaetia, which we now know as the Graubünden canton.

Conclusions About English in Switzerland

Although a few years back, many Swiss people didn’t know English or care for it, nowadays businesses and even some cantons embrace the language. It is worth noting that this language is already widely used in the media as well. Where it mostly fails to flourish are the French-speaking parts of the country, where you are unlikely to find many fluent English speakers. It is hard to say what the future holds. But it is likely that Switzerland might embrace English as a fifth language, albeit maybe not officially.

For more interesting articles on world languages, we recommend:

Arta Mekuli is a young author, passionate about all things art, who writes about everything that is important to her. She currently contributes to the Studying in Switzerland blog.