When you’re learning a language, it’s important to learn the standard phrases to be polite. It’s also very important to know which situations require formal and informal versions of address (tu vs vous). Using the correct form is a sign of respect and good manners. So, if you’re speaking to someone in French, should you say, “j’espère que tu vas bien?” Or do you need to say, “j’espère que vous allez bien?” Keep reading to learn more about the difference between tu and vous in French! 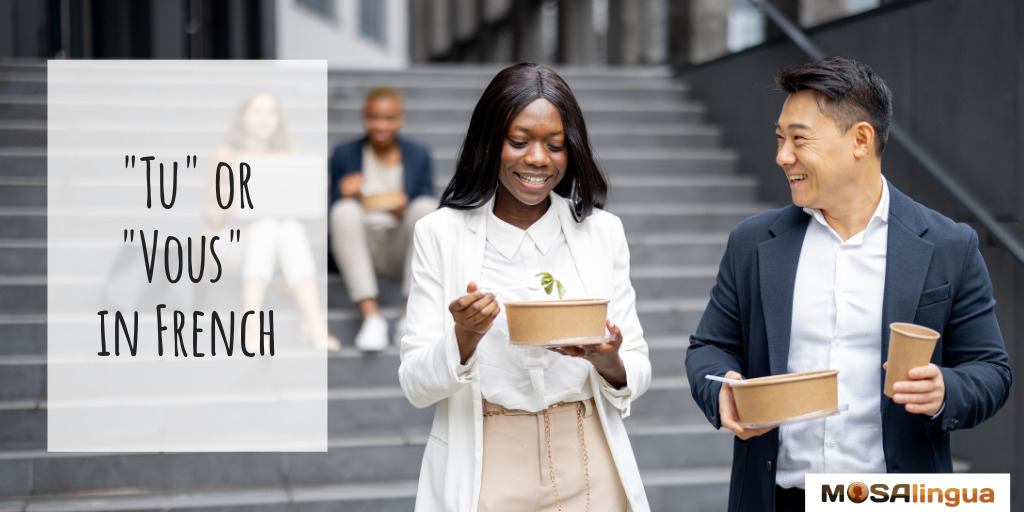 What’s the Difference Between Tu vs Vous in French?

When you start learning French, you’ll quickly observe that there are two different ways to speak to another person. Let’s look at an example:

In these two examples, tu and vous have the same meaning—both mean “you.” They refer directly to whomever you’re giving this compliment.

During the Roman Empire, there were sometimes two (or more) emperors on the throne at once. When a person addressed one of them, they used the word vous to respectfully acknowledge the other emperors who weren’t present. This habit has become much more generalized over time, and today it’s used as a common form of respect.

In modern conversations, vous is a mark of respect, but tu is used every day in more informal contexts. In French, vouvoiement and tutoiement refer to the act of addressing your interlocutor using vous or tu, respectively.

You can also ask the question: “Est-ce que je peux vous tutoyer?” [Can I address you with tu?] Or, on the other hand, you could say: “Il faut toujours vouvoyer ses clients.” [You should always address your customers with vous.]

How to Choose Between Tu and Vous

Now you know that tutoiement (“tu“) is informal, while vouvoiement (“vous“) is more formal. But it can still be difficult to know when to use tu vs vous in real-life situations. Let’s have a look at this together!

To start, the general rule is to use vous with anyone you don’t know. This applies to store clerks, servers in a restaurant, etc.

In most French-speaking countries, you’ll come across this situation very quickly.

For example, if you go into a bakery for the first time to buy a baguette, you should expect to say something like: “Bonjour, il vous reste encore une baguette ?” [Hello, do you have any more baguettes?] Over time, the closer you become to someone, the more common it is to address them using tu.

So, if you’ve been going to the same bakery every day for a month, and you’ve had several conversations with the baker, it might change. If you learn a little bit about his family, his hobbies, and if he asks you to join him for a drink, you could say: “Je viendrai avec plaisir… Au fait, on peut se tutoyer ?” [It would be a pleasure… By the way, can we use tu with one another?] If he agrees, you can continue the conversation using tu, signaling that the baker is now someone who you know fairly well.

In summary, vous is used when you’re addressing a stranger. But if you’re talking with your friends or family, you can use tu. When you want to shift from using vous with someone, you have to ask their permission. But that’s not all! There are a few other factors to take into account.

It’s important to consider age when choosing between tutoiement and vouvoiement. Children are a special case. Often, they don’t really know when to use tu or vous. So it’s common for them to just use tu for anyone, children and adults alike.

An adult, however, will always use tu with a child. So you can tutoyer the baker’s kids when you go over to his house for a drink.

In general, teenagers and young adults don’t use vous among themselves outside of professional situations. If you can tell that a person is the same age as you, it’s generally okay to start a conversation with tu. However, it’s always best to use vous with anyone older, as a sign of respect. It’s up to them to decide whether to say: “C’est bon, on peut se tutoyer!” [That’s okay, we can use tu!]

In a professional context, it’s generally acceptable to use tu with your colleagues, because you work closely together and know each other well. But you should use vous with a boss or superior (again, as a way to show respect).

The same goes for clients or customers. Always start with vous. If you collaborate often and get to know one another well, they might say that it’s okay for you to use tu with them.

Yes, it might seem strange, but it’s true! When a French speaker is upset, they won’t bother to use vous, even if good manners require it. Vouvoiement is a mark of politeness and respect, so choosing to not use vous is a sign of disrespect and can be considered an insult. So it’s very common to see people drop this common courtesy when they get angry with someone.

Conclusion: Tu vs Vous in French

There you have it—the general rules for choosing between le tutoiement (“tu“) and le vouvoiement (“vous”) to say “you” in French. Of course, there are always special cases, but when you immerse yourself in the language and culture, it’ll seem natural before long.

Don’t forget—when in doubt, it’s always best to start with vous. And if you feel comfortable with the person you are speaking to, you can always ask: “On peut se tutoyer?”

📌 We’ve made a little diagram to represent this concept visually. (Pro tip: Scroll to the bottom and click the red Pinterest button to pin this image to your French learning board so you can come back to it later!) 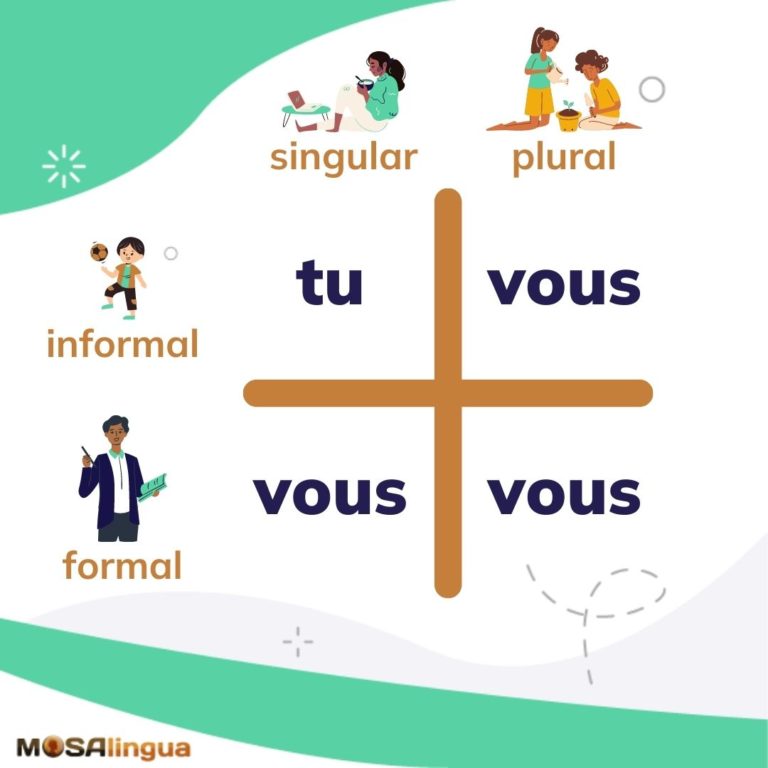 WATCH: Tu or Vous in French: How to Choose [VIDEO]

You can watch our French instructor Lucie review all these points in her video. It’s in French, but subtitles are available in French, English, German, Italian, Brazilian Portuguese, and Spanish if you need them. Just click on the “Settings” gear at the bottom right to turn them on. You can also adjust the video playback speed.