Picking up a new language frees you from the shackles and constraints of being monolingual. You’ll have access to the knowledge and information in countless books, articles, movies, recipes, poems, and songs that you didn’t understand before. You’ll be able to snap back if you catch someone talking about you (who assumes you don’t speak the local language). You will get more out of travel and gain great stories to tell your kids and grandkids. And best of all, you can let go of some of the insecurities you might have had before you got serious about learning a new language.

Here are some things that stop mattering when you start learning a language: 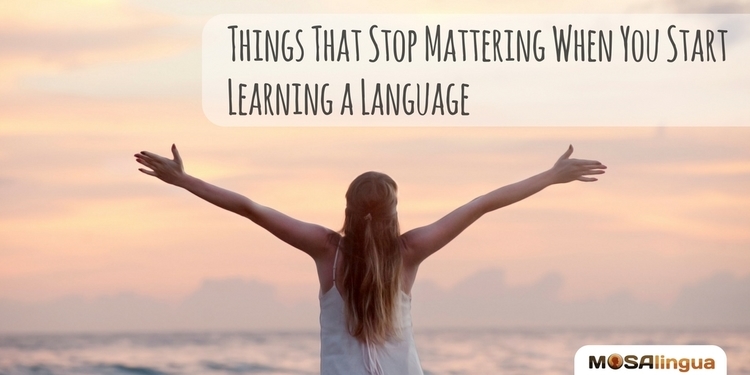 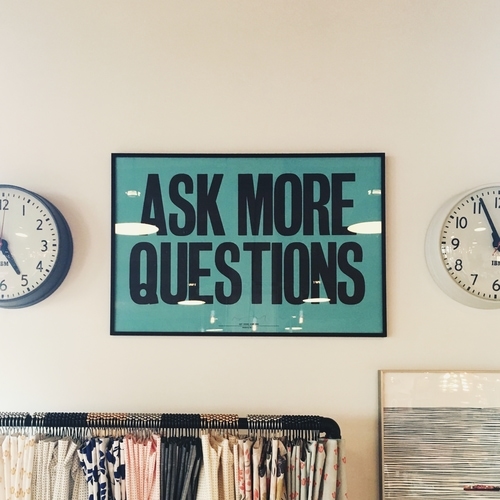 This can be a major insecurity that hinders learning in any subject. It is especially detrimental to language learning, though. If you don’t make mistakes, and ask “dumb” questions, progress will be slow-going. (Apparently there’s even an art to asking stupid questions.)

Another example: you hear a slang word that you think might be somewhat vulgar, but you aren’t sure. Isn’t it better to ask someone about its meaning, context, and connotations rather than risk embarrassing yourself or offending someone later on?

When learning a language, you can’t let a fear of mispronouncing a word stop you from saying the word altogether (I admit, I’m guilty of this). This is counterproductive to learning! Since communication and connection are your ultimate goals, as long as you can get your message across effectively, pronouncing every word perfectly doesn’t matter.

Your English-influenced accent – as long as it doesn’t interfere too much with communication – can actually work to your advantage in several ways. First, of course, it can seriously up your charm factor. Second, you won’t be mistaken for a native, which might be a good thing. A friend of mine recently visited Japan. He looks Japanese, and his oral Japanese skills are good though he has a slight foreign accent. However, he was not totally familiar with all of the different levels of formality (honorifics) since he never lived there. Luckily, his accent gave him away as a tourist, and no one was offended when he made mistakes of politeness.

Whatever your notion of “perfection” is, it stops mattering as soon as you start learning a language. You will never be perfect. Not even native speakers speak and write their language flawlessly! Striving for perfection can actually hinder your progress, as Benny Lewis writes in this article about “perfectionist paralysis.” He believes that perfectionism is okay to work toward as a long-term goal (we’re talking years of practice). However, it should not stop you from jumping in and speaking before you reach that level. “Don’t let perfectionism paralyse you when you are capable of speaking ‘imperfectly’ but adequately right now.”

Sure, if you’re learning language in a traditional school setting, mistakes might get you bad grades. But in the “real world,” mistakes are crucial to growth. If you can’t think of the most appropriate word to use in a certain situation, find another way around it. Adaptation and creative problem solving are much better skills to have than “perfection.” If someone corrects your grammar, you’re much less likely to make the mistake again in the future.

If you take away just one thing from this article, it should be this: perfection doesn’t matter. 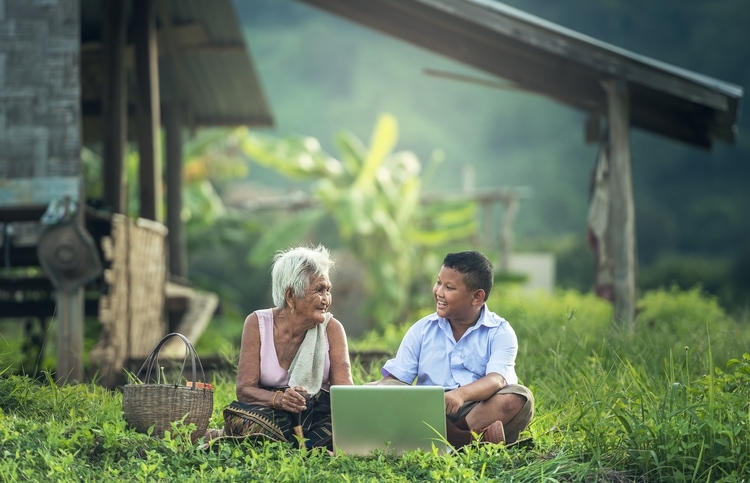 We’ve all heard that young brains are like sponges, especially for language. But that doesn’t mean that adults can’t learn language! (Take it from Benny Lewis, who at 20 years old only spoke English, and now speaks 10 languages!) At MosaLingua, we know that you really can learn language at any age.

Adults and children have different skills and traits that make them good at language learning. Children have the advantage of not having as much time to learn things the wrong way, and are generally confident learners. They benefit from fun language games and easy but age-appropriate foreign-language books. Adults, on the other hand, generally have more opportunities for travel and meeting native speakers of the language they are learning. They have also had more time to develop English skills, which can be helpful for understanding complex grammar concepts and learning new vocabulary words with familiar roots.

So if you’re saying to yourself, “I’m too old/young to start learning _____,” throw that mentality out the window! Age is just a number, and really doesn’t matter for language learning.

This is a biggie, and you can actually become a better person when you realize this doesn’t matter. When you begin learning a language, you become very aware of how other people speak your own native language. You may not realize it, but you are probably somewhat quite critical of non-native speakers. You may make fun of someone’s thick accent, their misuse of pronouns, or their odd vocabulary choices.

Since English is easy for you, you expect that it is easy for others to learn, too. This is definitely not the case; English is actually a fairly difficult language to learn due to its irregularities and its strange pronunciation patterns. (Ever think about how hard it must be for English learners to remember the correct pronunciation for the words “rough,” “through,” “dough,” and “cough” ?!)

Struggling and overcoming your own obstacles during the language learning process will make you appreciative of the hard work that immigrants and other non-native speakers put in to be able to communicate with you.