Esperanto is a language (almost) like any other. It has its own culture, literature, magazines, etc. However, unlike others, the Esperanto language isn’t tied to a specific country and has nearly no native speakers. So, what is Esperanto, and what’s the point of learning it? With no native speakers, how could it possibly be a useful language to know? These are the exact questions we’re answering today. 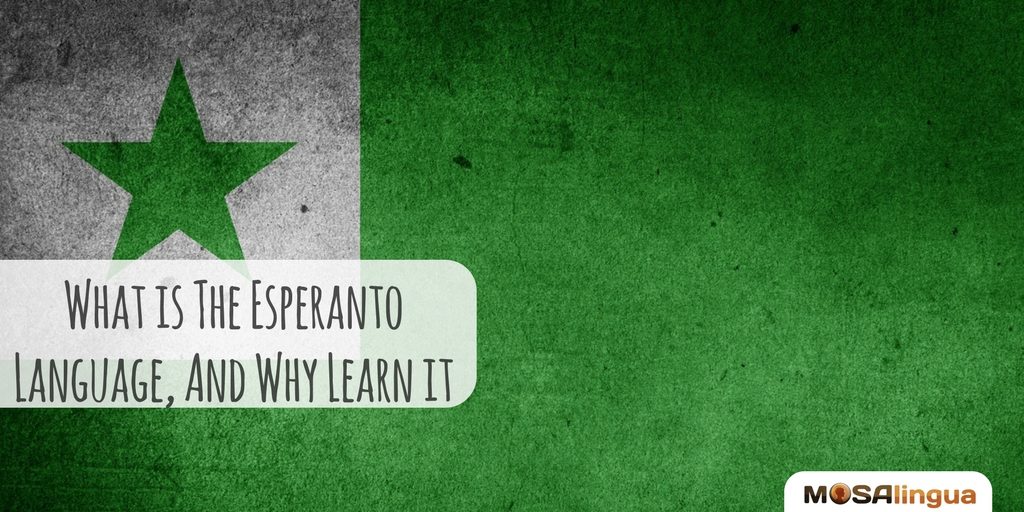 What Is Esperanto? Definition and History

First things first, Esperanto is a constructed language. Constructed languages are the opposite of natural languages. This means that they start with a plan rather than developing and evolving over time depending on how people use them. You might already be familiar with some other constructed languages, for instance, Klingon or Dothraki, if you’re a fan of Star Trek or Game of Thrones.

Esperanto was created in 1887 by a Polish-Jewish doctor named Ludwik Lejzer Zamenhof, also known as Doktoro Esperanto (“doctor Esperanto”). Growing up in the Russian Empire, Zamenhof lived amid political and cultural tensions that pitted his neighbors against one another. Later in his life, he recognized the creation of Esperanto as his solution to the very real conflicts that arise out of misunderstandings, language barriers, and xenophobia.

In fact, Zamenhof once wrote: “I was brought up as an idealist; I was taught that all people were brothers, while outside in the street at every step I felt that there were no people, only Russians, Poles, Germans, Jews, and so on.” (L. L. Zamenhof, in a letter to Nikolai Borovko, c. 1895)

The Esperanto language, a solution for peace? 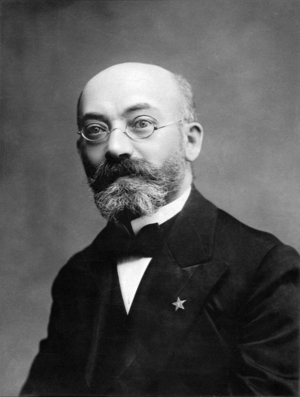 And so Dr. Zamenhof worked to create a language that he hoped would put an end to global conflict, and also prevent it in the future. He introduced his universal language for the first time in a book called Lingvo Internacia, or International Language. Interestingly, the original name for the language was simply “la lingvo internacia” but its early speakers can be credited with changing the name to “Esperanto” which means “[one] who hopes.”

Zamenhof had high hopes for the language and believed that it could promote world peace by eliminating conflicts that arise from linguistic and cultural differences. Unfortunately, this didn’t work out so well, as World War I would break out just a few years after Esperanto had started to gain popularity. Later, during World War II, the Nazi Party sought to discredit Esperanto and destroy its speakers. This international language created by a Jewish man was seen as a threat to their nationalist ideals.

Who Speaks the Esperanto Language? Where Do They Speak Esperanto?

Though the language doesn’t have a country of its own, what it does have is a supranational community. It’s a language that goes beyond the confines of any given nation.

Since it was created, over 2 million people in 120 countries have learned Esperanto! However, these numbers could be higher because it is hard to estimate the number of people who speak the Esperanto language. It’s also difficult to know where in the world they live.

It certainly isn’t one of the most spoken languages in the world, but through the years, a handful of prominent people have doubled as Esperantists. They include Jules Verne (French author), Leo Tolstoy (Russian author), Pope John Paul II (Polish), Ho Chi Minh (Vietnamese politician), William Shatner (Canadian actor), and George Soros (Hungarian-American investor).

Relatively new inventions, like the internet, are helping this somewhat obscure language grow in popularity. According to the BBC, 1 million people have tried to pick up the invented language using the learning app Duolingo.

But why would so many people want to learn a language that doesn’t have a nation of its own? Why learn the Esperanto language today? After all, it was created over 120 years ago…

And that’s a good reason. Esperanto doesn’t belong to a people or nation. But it does belong to a community of people. They have freely chosen it to communicate, not with their neighbors or workmates, but with people scattered around the four corners of the earth.

As we mentioned above, the original concept was to create a universal language to overcome the language barrier. Language barriers impede communities in their ability to understand each other. These limitations stop worldwide discussions on the same subjects from happening. If everyone spoke the same universal language, we would be able to have a better view of the social, cultural, and political issues which concern us all.

How to learn any language 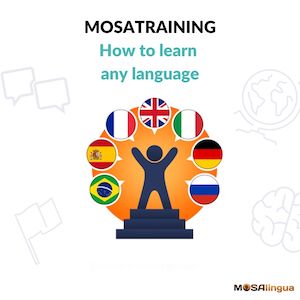 Have you ever wondered why it seems like some people pick up languages much more easily than others?

News flash: those people aren’t any smarter than you are, and they don’t have any kind of special gift for language learning, either. It’s all because of the methods they use. Practicing with the latest and most effective techniques, along with a few expert tips, is a recipe for success.

It can work for you, too! MosaTraining combines all of these tips and techniques into one comprehensive, hands-on approach to language learning.

The culture of this language correlates to an ideal, for everyone to have access to the same international means of communication without linguistic discrimination.

Linguistic discrimination occurs when those whose native tongue is a dominant language—notably English—so they don’t have to learn a second language to be understood, to have access to knowledge, or even to take part in international affairs.

Nowadays, if a country wants to access the international market, it has to use English, the dominant language in global business. It has become so widely used that it has transformed into an international-friendly version called Globish.

But the fact that people must learn English in addition to their native language puts them at a disadvantage. There is an imbalance within the world of international business.

Zamenhof wanted to eliminate linguistic discrimination with his new language. Everyone starts off on the same footing. How so? Well, everyone must learn the language to communicate. It’s a neutral language. Actually, one of the objectives of this language is transnational education. That’s the idea that everyone should have the same access to knowledge, no matter their nationality or walk of life.

Zamenhof intended for Esperanto to be easy to learn. People can reportedly learn it up to 5 times faster than other languages!

That’s because there are just 16 grammar rules, easy spelling, only one way to write each sound, and conjugation that is based on mathematical logic (unlike English which is terrible on all those fronts!). Below are some examples.

To give you an example, in Esperanto, bela means “beautiful/handsome,” granda means “big,” and tablo means “table.”

All three together mean, “big, beautiful tables.” It’s just that easy to understand and apply!

Vocabulary is changed by adding a suffix or a prefix:

The language is also efficient because it doesn’t have a lot of words. For example, to express a group of the same kind, like a herd of cows, add aro to the noun. Bovino is the word for “cow” and bovinaro means “herd of cows.”

To learn this language, you just need to memorize a few hundred words (nothing compared to most other languages!) and understand its logic. Then, you can use some simple math to build lots more vocabulary and start communicating in no time. Nothing too complicated!

The last reason is that, if we all speak the same language, it can only bring us closer together… And as a matter of fact, it already does! Learning Esperanto gives people access to something called the Pasporta Servo.

The Pasporta Servo is a low-cost accommodation service or network for Esperanto speakers across the world. If you’re learning Esperanto and are traveling anywhere in the world, you just need to contact other Esperanto speakers. This will allow you to meet many new people. And you can stay with them for relatively cheap. Not bad at all! 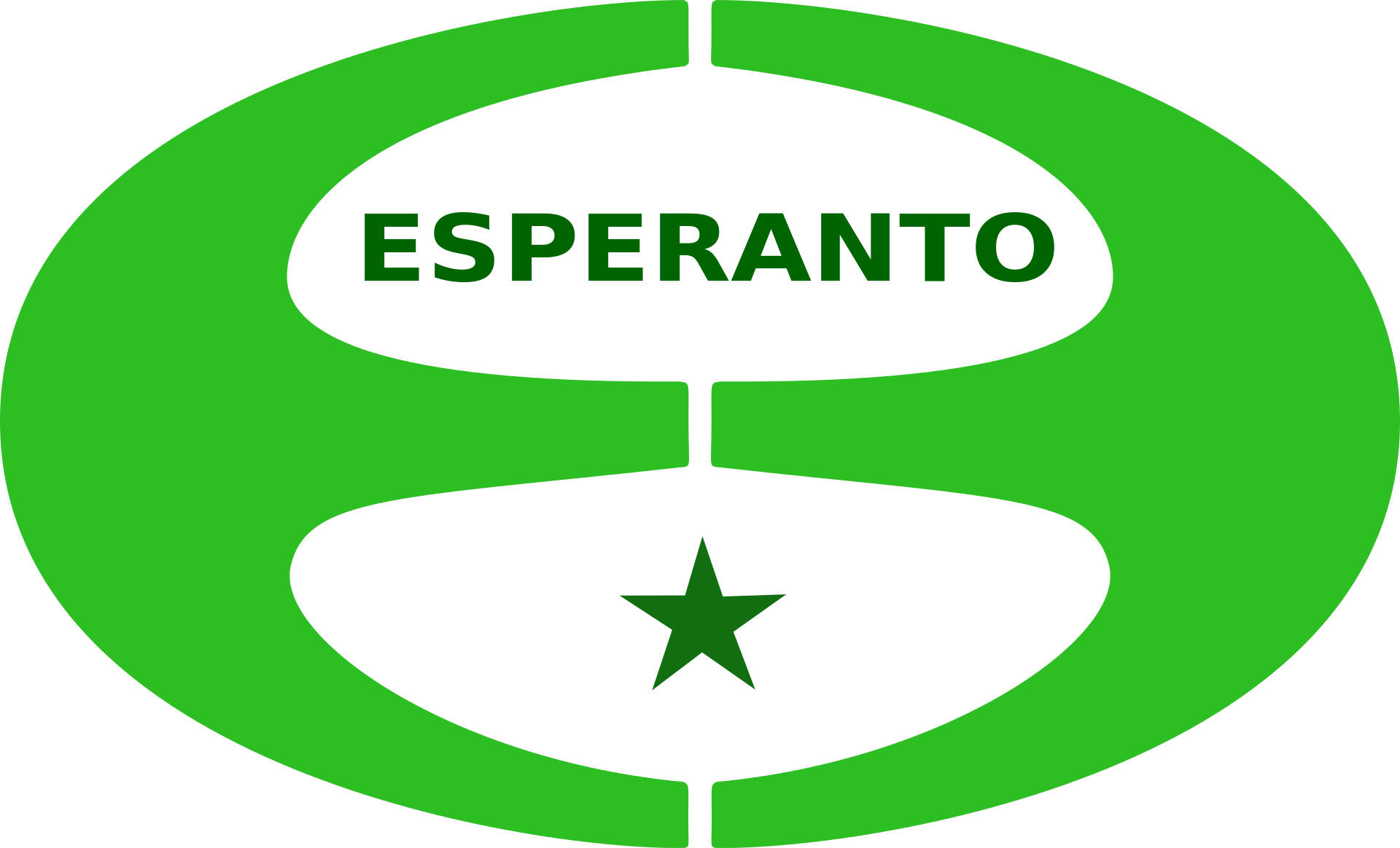 How to Learn the Esperanto Language

If, like me, this has made you want to learn Esperanto, there are many online resources that can help.

All the websites listed above provide resources (books, magazines, audio files, etc.) for learning the language, or, at the very least, a way to get exposure to it.

Finally, to whet your appetite for the Esperanto language, why not learn a few useful Esperanto words and expressions? Click the play button to hear the Esperanto pronunciation.

Watch the video below for a quick video recap of these 4 main reasons why we think the Esperanto language is worth learning.

While you’re there, be sure to subscribe to our channel for more language learning videos.

One last thing: we’ve been playing with the idea of developing an app to help you learn Esperanto. Let us know in the comments if that would interest you! We’ll keep you updated 😉

Filed Under: LanguagesTagged With: practice