Can learning another language make you a better person? Well, in our opinion, the answer is yes for a number of reasons. Learning a second or third language can actually be beneficial to you both personally and professionally.

To begin with, if you can read this you can speak English, and that gives you access to communicating with approximately 1.5 billion people around the globe. That is amazing!

But imagine how you could expand your horizons and possibilities by learning another language! Spanish or Mandarin, for example, can open your world up and transform your life. 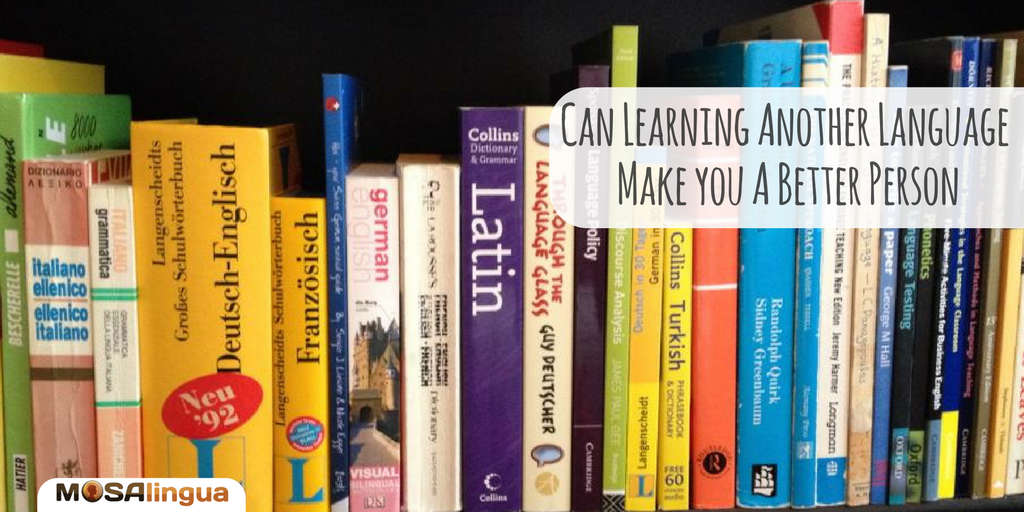 Can Learning Another Language Make You A Better Person? (Video)

Can Learning Another Language Make You A Better Person?

1. Being bilingual can help your memory and delay the onset of Alzheimer’s and dementia

Generally speaking, the working memory is developed in early childhood, but that doesn’t mean it’s not possible later in life. As an adult you can still reap the benefits of learning a second language and develop much better working memories than those who are monolingual.

Going hand in hand with this, studies show that bilingual people have better cognitive functioning than those who only speak one language. There are many ‘brain exercises’ you can do to strengthen your brain and delay the onset of Alzheimer’s disease and dementia, like crossword puzzles, but consider the added bonus of learning a second language instead!

2. Being bilingual can improve your relationships

People who are bilingual often report feeling like they have double personalities – one for each language they speak. This happens because language learning enables you to shift between the values of two cultures. This ability to shift between two value systems is one of the great benefits of learning a second language. It improves your ability to understand others and can make you a better, more empathetic person.

And that’s not all! Being bilingual makes you sexier. In a 2013 survey, a majority of adults declared that speaking a second language makes a person more attractive than speaking a single language. 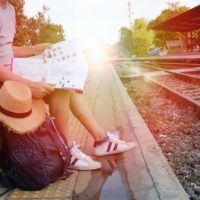 If you enjoy traveling, learning a second language helps you better understand and communicate with the people around you on your travels. Speaking the local language makes travel a much more fulfilling activity, allowing you to meet more people and have a more enjoyable experience. Imagine being able to ask for a recommendation at a restaurant, get directions or just share a conversation with a local.

Plus you get the bonus of practicing and perfecting the language with native speakers who will in most cases be eager to help you improve your speaking skills.

4. Being bilingual makes you smarter

It’s true. According to a study in Milan, people who are bilingual have more grey matter than monolinguals. The way the brain adapts to dealing with two or more languages increases the bilingual person’s executive control of their brain which can lead to a superior ability to focus, solve problems and demonstrate better mental flexibility.

In addition to this, having learned a second language will make learning additional languages that much easier. You will have determined your learning style and what kind of methodology works best for you when learning a new language.

5. Being bilingual helps you professionally 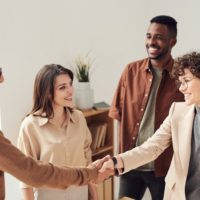 Most companies will certainly appreciate your ability to speak another language. No matter what industry you work in, knowing another language is a really good skill to have on your resume. Overall, bilingual people are more valued as employees, and that can translate into better pay. Check out this article by us that goes into further detail about the connection between speaking another language and your career.

If you speak more than one language, what benefits or advantages have you experienced personally? Would you agree that learning another language can make you a better person? Let us know in the comments below!