You may already feel pretty comfortable with numbers in Italian, but just to be sure, try to answer all these questions: How old are you? What time is it? When is your birthday?

If you had any trouble, that means you still have some work to do learning numbers in Italian! Studying them will also help you practice your pronunciation, so let’s get started! 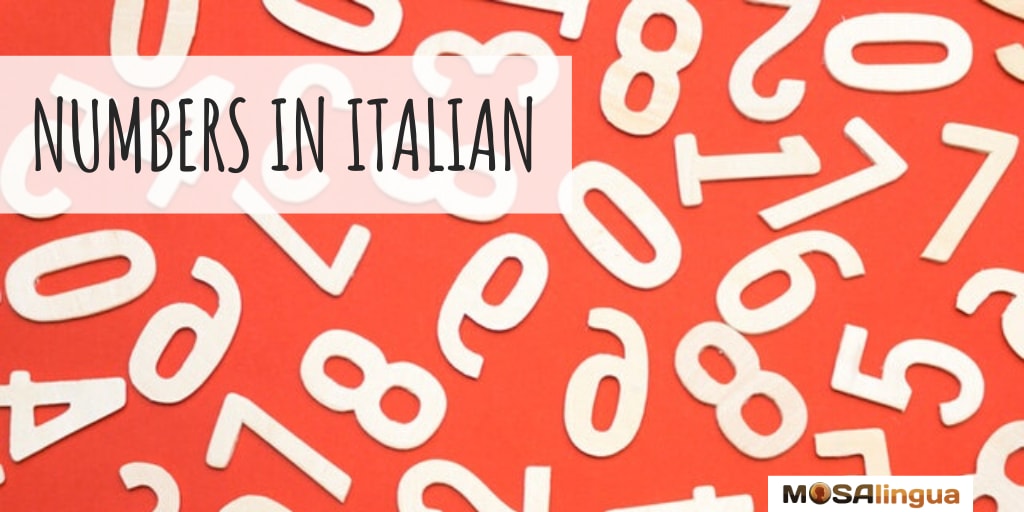 Numbers in Italian: A Study Guide

A lot of students leave numbers for last because they don’t consider them as important as other aspects of the language.

Plus, studying numbers may not be as exciting or entertaining as studying other things. That’s why, with this article, we want to give you some fun and easy resources and techniques to learn numbers and their pronunciation. For now, we’ll focus on the cardinal numbers (one, two, three…).

We also encourage you to use the MosaLingua app to learn Italian and keep studying this amazing language.

Italian Numbers from 0 to 10

First off, in Italian, like in English, numbers from 0 to 10 have specific names. There’s no rule, so you just have to memorize them:

The peculiarity is that, for 17 and 19 we: (1) add an “-a-” between dici and the number; and (2) duplicate the first consonant of the number (diciassette, diciannove).

Incidentally, for Italian people, 17 is an unlucky number, whereas 3 is a lucky number!

Like numbers 1 through 9, each multiple of 10 has a specific name that has to be memorized.

Italian Numbers Up to 100

Right-click the cheat sheet below if you want to save it and study your Italian numbers 1 – 100. 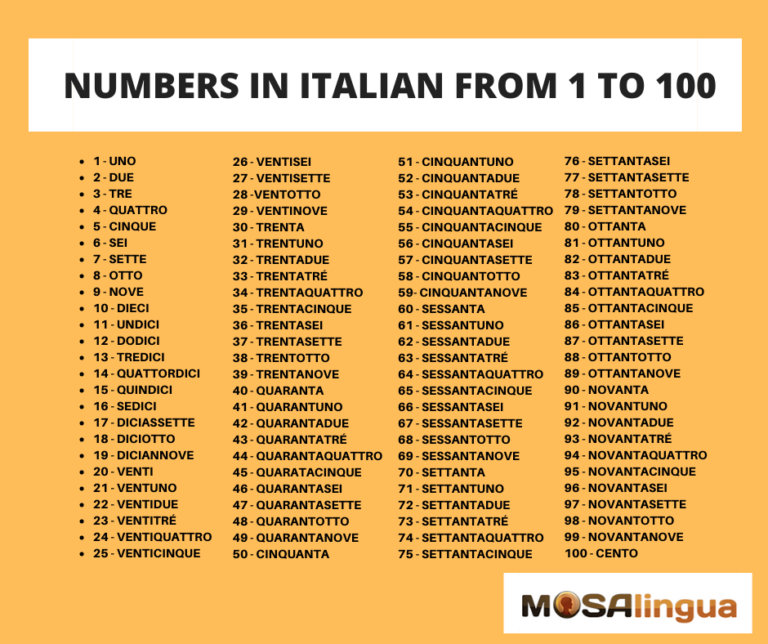 How to Pronounce Numbers in Italian

To learn how to say numbers in Italian, as with any other word, it’s very useful to listen to recordings of native Italian speakers, for example podcasts in Italian. This will not only help you to improve your pronunciation, but also familiarize your ear to new sounds and help you learn new words.

Forvo is another useful tool to practice pronunciation. You can listen to audio recordings by native Italian speakers, and record your own voice so you can check your pronunciation after.

And last, but not least, you’ll find videos about Italian grammar and pronunciation on our YouTube channel.

All the numbers we’ve talked about so far are cardinal numbers, as opposed to ordinal numbers (e.g. first, second, third).

In Italian, like in English, cardinal numbers go between the verb and the noun. For example:

But not everything is the same. There are some differences between the position of numbers in Italian and English sentences:
→ When we talk about length, depth, height, etc. in Italian, the number goes after the corresponding adjective. For example:

→ When referring to ages 11 and up, use the suffix –enne. For example:

→ When referring to centuries in Italian, we use ordinal numbers. However, if you want to talk about a specific period of time from the 13th century onward, Italian has its own way, based on cardinal numbers.

When you study a foreign language, it’s not enough to just learn words, expressions, and verb tenses. You also need to know how to use everything you learn in the right contexts. In this section, you’ll see how numbers are used in different situations, like giving the time or asking for prices. 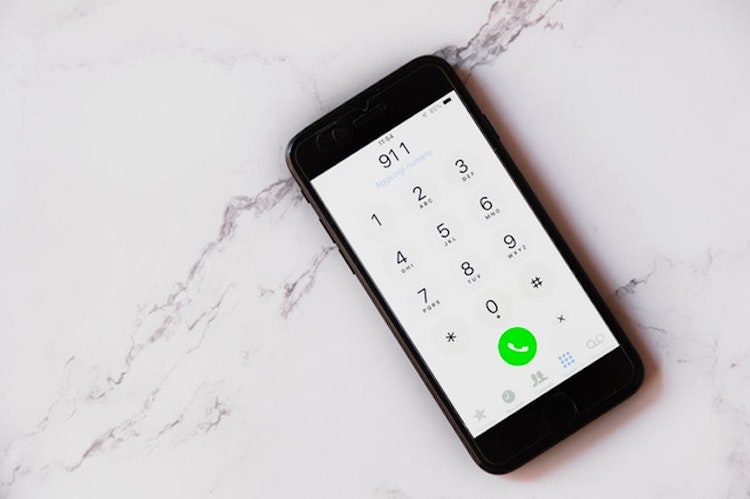 There are two ways of saying the time in Italian: using the 12-hour or the 24-hour system.

You might have noticed that in Italian we ask “What times are they?” plural, instead of “What time is it?” like in English.

There are some more examples in the table below:

When in doubt, just use the “official structure,” which is much easier. Just say:

In both English and Italian, prices are indicated in a very similar way:

We would like to finish this article with a famous Italian proverb that might help you remember some numbers:

It’s normally found shortened to “Non c’è due senza tre,” and it literally means, “There is no two without three, four comes by itself,” which equals the English expression, “Good things come in threes.”

To learn more about Italian numbers and their pronunciation, check out all of our online Italian resources.

If you love podcasts and TV shows, don’t forget to check out our original series for learning Italian! It’s an exciting story full of mystery that will help you improve your listening skills, pronunciation, vocabulary and Italian grammar. Not bad, right? Try MosaSeries Italian now! 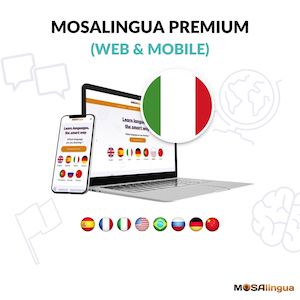 Want to improve your Italian?

Good news: we can help!
More good news: you can get started for free! With your free trial, you can test drive the most effective method for learning Italian for the next 15 days!

Patricia is a Spanish Marketing Expert and Content Creator. She has lived in Scotland and Italy. She is currently living in Germany with her family and raising trilingual kids. She is always looking for good content to share with our language students through the Spanish blog. She speaks: Spanish, Catalan, English, Italian, and German

Filed Under: ItalianTagged With: vocabulary