¡Hola! Being able to say “Hello” and greet people properly is one of the first and most important steps to learning a new language. Like all other languages, including English, there’s more than one way to greet somebody in Spanish. Greetings can vary by formality, time of day, or special situations, like answering a phone. In this article, we’ll teach you all the most important and popular ways of saying Hello in Spanish, and when you should use each one. 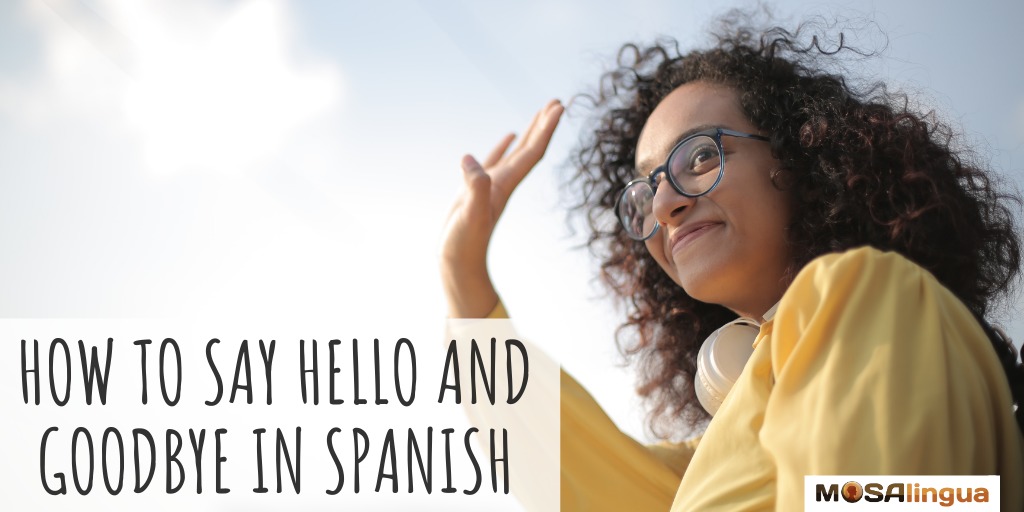 Hola and Other Simple Ways to Say Hello in Spanish

It should come as no surprise that Hola and other simple greetings are among the most common and useful words in Spanish. After all, that’s how most conversations start! In Spanish, like other languages, there are a few different simple ways of greeting somebody. Some of them are best suited to more casual situations and others to more formal ones.

Hola can be used in both casual and formal settings, so it’s a safe way to start your greeting. And just like in English, if all you say is Hola, that’s OK (although it’s also considered polite to ask how somebody is doing). You can combine Hola with any of the more advanced greetings below. Just remember, the h is silent 😉

The root of the word Hola is unclear, and there are a few competing theories. One popular theory, which has today been abandoned due to lack of evidence, related it to the Muslim word Wallah (“I swear to God”). Muslim occupation of the Iberian peninsula (Spain and Portugal) lasted an impressive 781 years, from 711 to 1492, during which time Arab language, science, agriculture, and art dominated the region. Others believe it may come from the medieval German word holōn, meaning “to fetch” (especially when speaking to a ferryman), or old French holà! (“Whoa there!”). If you’re interested in Spanish etymology, you’ll want to find a good online Spanish-to-English dictionary – here are the ones we like best.

MosaTip: ¡Ey! Just like “Hey!” in English, Ey is a shortened form of hola and should only be used in a casual setting. Basically among friends, peers, and family members of the same age. It’s quick and easy, but not well-suited to formal settings. Definitely don’t start your next job interview with Ey! Be sure to read up on your Spanish slang and Latin American slang if you plan on using this greeting.

How to say hello in Spanish throughout the day

Of course, you can change up your greeting based on what time it is. Here are the most common Spanish greetings for each part of the day. 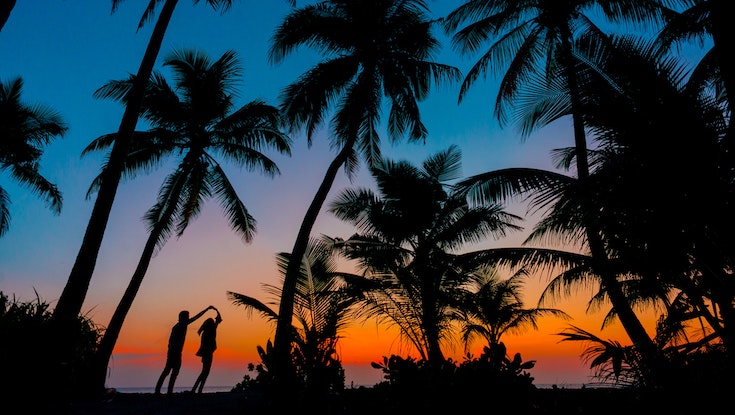 MosaTip: ¡Buenas! Just like Ey, save this shortened version of the above three greetings for informal settings, among friends. You can use it at any time of the day, though!

In Spain, like in many Mediterranean and Latin cultures, greetings are typically accompanied by one of two actions: a kiss on each cheek (dos besos), or a handshake (apretón de manos). In actuality, the “kiss” on the cheek usually amounts to simply touching cheeks.

Cultural shifts in the last few decades have blurred the lines, though — women meeting in a professional setting will typically shake hands, and some (but not all) members of the LGBT community often opt for dos besos in casual settings, regardless of who’s kissing whom. More women have also started to question the longstanding but intimate cultural practice of kissing a man on the cheek when meeting for the first time, especially in work settings.

If you’re not sure what to do, don’t worry! This is a very common learning curve for English speakers and others from cultures where kissing isn’t part of the standard greeting. The best way to learn the customs is to spend time in a Spanish-speaking country. Each region and country has its own customs, and it may take you a while to get used to dos besos – for many Americans, especially, it can seem a bit invasive, but it’s all part of the cultural experience.

Here’s a fun and informational article about dos besos etiquette. 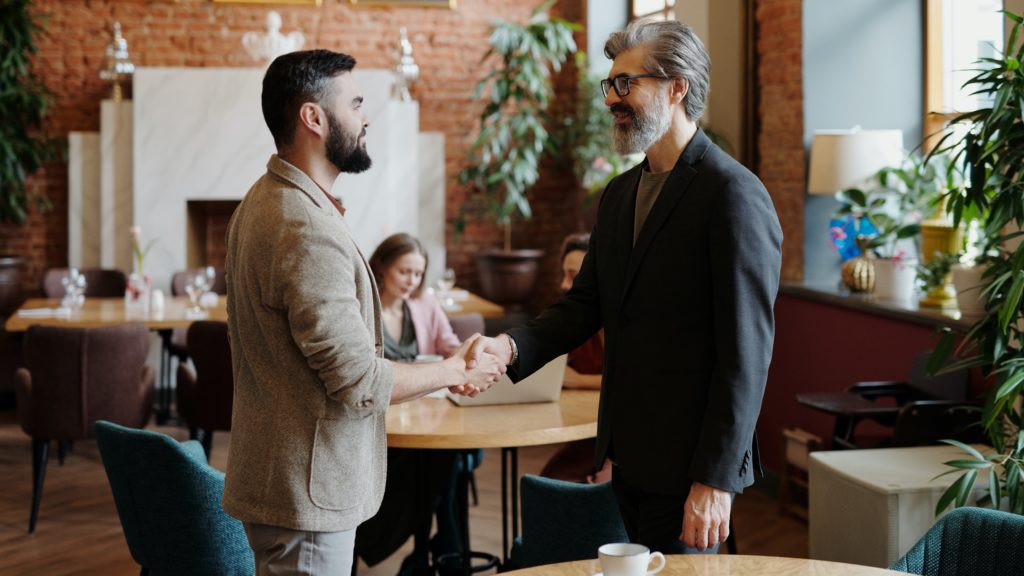 Of course, you don’t have to limit yourself to a simple hola when saying hello to somebody in Spanish! Just like in English, there’s a whole slew of ways to ask how somebody is doing, and just as many ways to answer. Here are some of the most popular ones:

How to say “How are you?” in Spanish

Depending on who you’re speaking to and the setting, there are three different ways of saying “How are you?” in Spanish:

MosaTip: Greeting more than one person? You can use ¿Cómo están? when speaking to more than one person in an informal setting, in all Spanish-speaking countries in the Americas. If you’re in Spain, though, you should use ¿Cómo estáis? for greeting multiple people in a formal settings. By the way, if you need some help conjugating irregular verbs like estar, head over to our mini guide to Spanish verbs.

MosaTip: Not sure what counts as a “formal” or “informal” setting? No problem, it’s actually quite similar across cultures. Just think of when you would use, “What’s up?” You would definitely say it to your friends, maybe your parents or a boss you’ve worked with for a long time, but probably not at a job interview or when meeting somebody you highly respect. Would you say, “What’s happening?” to a doctor or lawyer? Probably not, so best to stick with ¿cómo está?

Here are some other greetings you may find useful or fun!

Alas, all good things, conversations included, must come to an end. When you’re ready to say farewell, use these popular Spanish goodbyes:

And now it’s time for us to say ¡Hasta luego! I hope you liked this article about saying “Hello” in Spanish. You may also enjoy these articles:

Did we miss one of your favorite Spanish greetings, or maybe something specific to a given region? We’d love to hear about it! Feel free to leave us a comment below, and of course, don’t hesitate to ask if you have any questions.