Did you know it’s not the only official language of Spain, though? Made up of various dialects and regional languages, Spain’s linguistic landscape holds a few surprises. It also provides a deeper insight into the country’s culture and history. 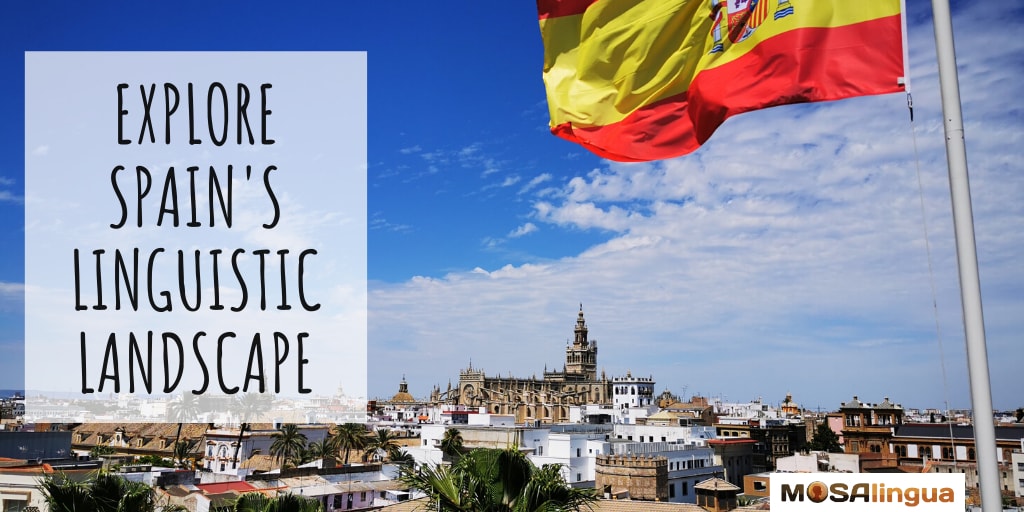 The 6 Official Languages of Spain and How to Learn Them

There are 6 official languages in Spain, and learning one of them can help you see another side of Spain, as well as learn other languages more effectively.

What’s the Official Language of Spain?

Spanish is the only official national language of Spain, and it is by far the most common language spoken throughout Spain. You may be surprised by how commonly regional languages and dialects are also spoken though.

In the 16th and 17th centuries, Spanish became the main language of communication between the different regions of Spain, and it has continued to gain popularity throughout the world ever since.

Despite the spread of Spanish, however, Spain’s regional languages continued to thrive, and many people still speak them today. In fact, if you travel through Spain, you’ll see bilingual signs written in Spanish and the regional language of where you are.

So what are the official languages of Spain? Let’s take a look.

What Are the Languages of Spain?

Here’s a linguistic map of Spain to help you visualize where each of the 6 official languages of Spain is primarily spoken. 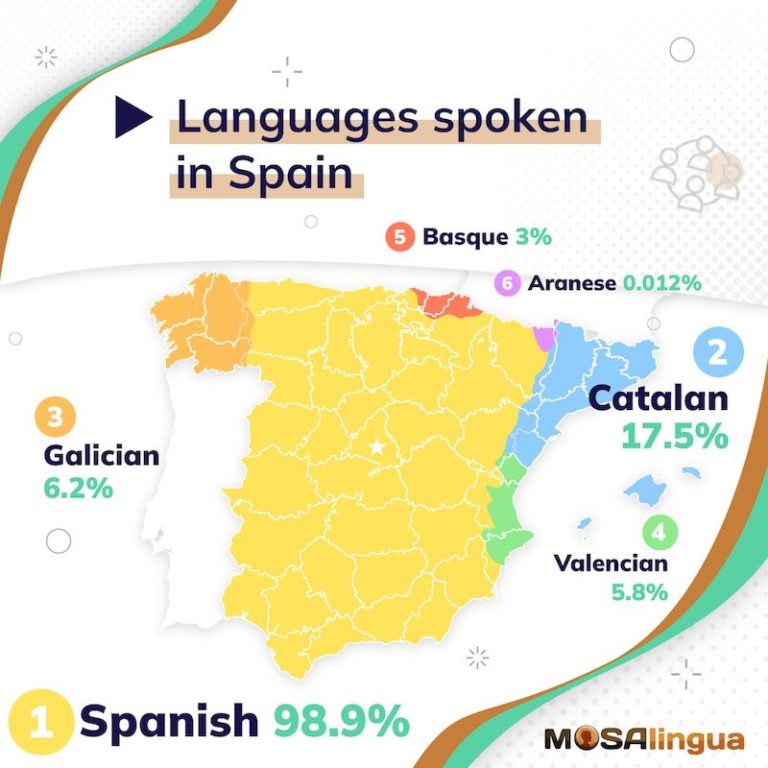 Because it’s impossible to cover every language and dialect in one article, we’ll focus on the official languages by looking at what they are, where they’re spoken, and how you can learn them.

Spanish and Castilian are both terms for the Spanish language. Spanish describes the language spoken throughout the Americas, and Castilian Spanish describes the language spoken in Spain. While they’re the same language, people in the Americas and in Spain have different accents and may use some different words. They can still easily understand each other, though.

Where is Castilian Spanish spoken?

Schools and universities around the country teach and use the language every day, and most Spanish people speak Castilian Spanish in their daily lives.

Because of this, you’ll easily be able to travel throughout Spain if you speak at least a little bit of Spanish. Don’t worry if you don’t though. Here are a few essential Spanish phrases to help you get around.

How to learn Castilian Spanish

While watching shows, movies, and videos is helpful to learn new words and listen to native speakers, language apps and online courses help you practice the most important aspect of language learning: speaking!

Especially with difficult Spanish words, apps like MosaLingua can help you practice your pronunciation and grammar to become fluent quickly.

Like all the languages in Spain, Catalan is a romance language. Around 9 million people speak Catalan fluently, and over 30% of people in the Catalonia region of Spain speak it as a native language. 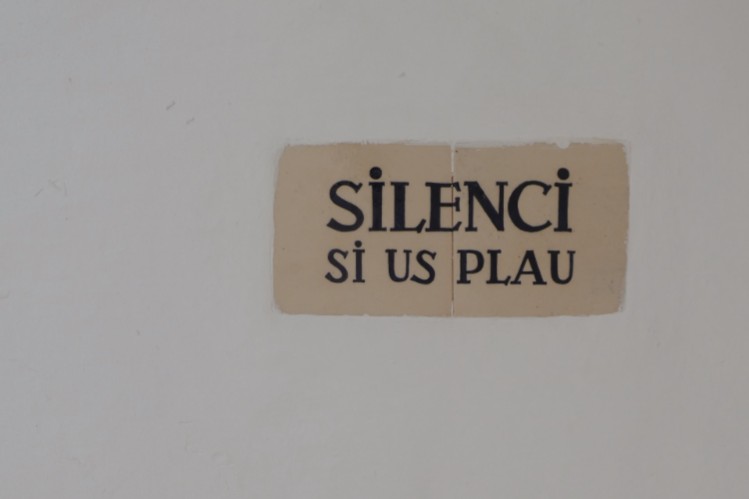 Even though Catalan is spoken in Spain, it is surprisingly different from Castilian Spanish. The main differences are in its pronunciation, grammar, and vocabulary. Catalan is actually more closely related to the languages in France and Italy. In fact, Catalan is about 87% similar to Italian!

Because of Spain’s political history, Catalan speakers take a lot of pride in their language. And locals will be overjoyed if you’re able to say even a few basic words.

Where is Catalan spoken?

People speak Catalan in Catalonia, in the northeastern part of Spain, as well as in the Balearic Islands, like Mallorca and Ibiza. If you’ve been to Barcelona, then you’ve been to Catalonia! Catalan is also the only official language of Andorra, and it also has semi-official status in Italy’s Alghero region.

How to learn Catalan

With that many people speaking it, Catalan is definitely a language worth learning, especially if you’re planning a trip to Barcelona! While it’s obviously less common than Spanish, there are still a lot of great ways to learn Catalan.

One of the best ways to learn the language is to use Intercat, a resource created by the public universities in Catalonia. It’s predominantly made for students studying in Catalonia, but it’s free and anyone can use it! A few language apps also offer beginner courses, like Fun Easy Learn.

Valencian is very similar to Catalan, and you may actually hear the terms used interchangeably. A little over 30% of people in the Valencian region speak Valencian regularly, and almost 50% of locals speak it fluently.

Where is Valencian spoken?

The Valencian region is located on the Mediterranean coast, just south of Catalonia. Some of Spain’s most popular tourist destinations are in the Valencian region, like its capital city of Valencia, as well as other hotspots like Alicante and Murcia. 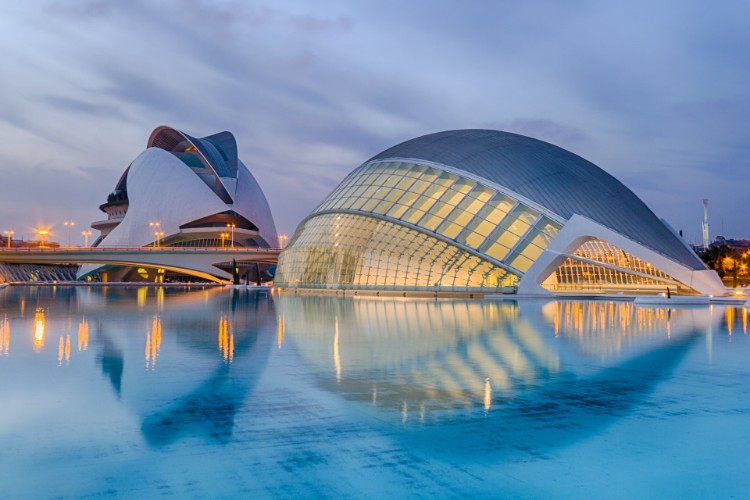 Because the two languages are so similar, you can use the same resources to learn Valencian as you can to learn Catalan.

The University of Alicante also has some free Valencian resources to get you started.

Aranese has enjoyed a recent uptick in interest since it became a co-official language in its region. Local schools have also been teaching it bilingually alongside Spanish since 1984.

Even though it’s a co-official language, the number of people who speak Aranese is relatively small when compared to the other languages in Spain. Only around 7,000 people can understand the language.

Where is Aranese spoken?

Because so few people speak it, you can probably guess that Aranese only covers a small geographical area. Aranese is the language of Val d’Aran, a small area in Catalonia on the border between France and Spain.

How to learn Aranese

Some language apps are beginning to include small, regional languages from around the world in their offerings. The Memrise app actually has a basic Aranese course! You can also find some great YouTube videos of people speaking Aranese.

During the dictatorship in Spain, there were restrictions on using the Basque language. However, this trend reversed in the 1960s and Basque education and media has been flourishing ever since.

Where is Basque spoken?

Because the Basque Country shares a border with France, people also speak Basque in some parts of France. 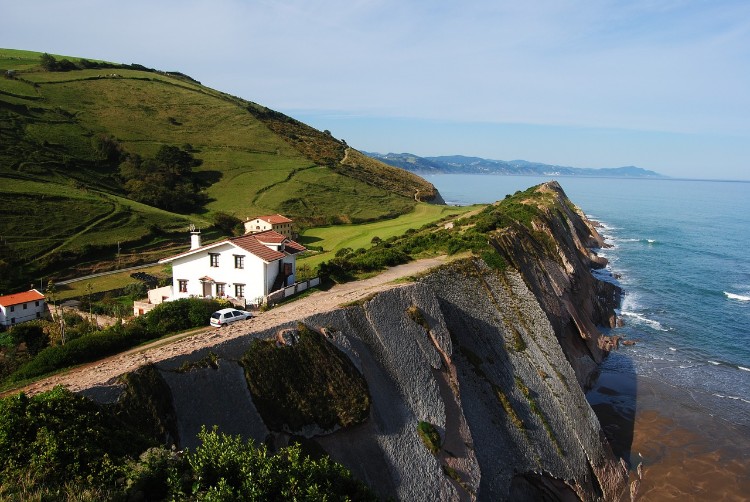 How to learn Basque

Some popular language learning apps have developed courses to learn Basque, like Duolingo and Memrise. You can also learn Basque using this list of resources from the Basque Heritage Organization.

Galician is a Romance language that is related to Portuguese. There are almost 2.5 million speakers of Galician, which makes it one of Spain’s most spoken regional languages. Around 58% of Galician speakers are native speakers, and the Royal Galician Academy is the official regulator of the language.

Where is Galician spoken?

Although it’s a regional language in Spain, Galician actually has a pretty broad reach. It’s the co-official language in Galicia, which is located in the northwest of Spain. Migrant communities in the United States, Puerto Rico, Argentina, Uruguay, Switzerland, and Germany also speak Galician.

How to learn Galician

Even though Galician has millions of speakers, it can be hard to find learning resources. Many resources cater to Spanish and Portuguese speakers, but there sadly aren’t a lot of tools for English speakers.

If you don’t speak Spanish or Portuguese yet, the University of Santiago de Compostela has a list of ways to learn Galician for English speakers. You can also watch Galician TV on YouTube.

Benefits of Learning the Regional Languages of Spain

Learning the regional languages of Spain can help you understand Spain’s culture, history, and people. If you can speak one of these languages, you’ll see a side of Spain that very few people do!

MosaLingua’s Spanish Course can be your first step to exploring Spain and learning the world’s fourth most spoken language. In less than 10 minutes a day, you can be communicating in Spanish!

Chad Emery is the founder of Langoly, an online resource to help people learn and teach languages more effectively.