To be able to speak about the past in German, you have to master the Perfekt tense. This is the tense that is used the most in spoken language to express the past in German, with almost all verbs. We have a similar tense in English called the past perfect. Check out our lesson, and a video with tips from our German teacher, Laura, on how to master the German Perfekt and speak properly about the past. 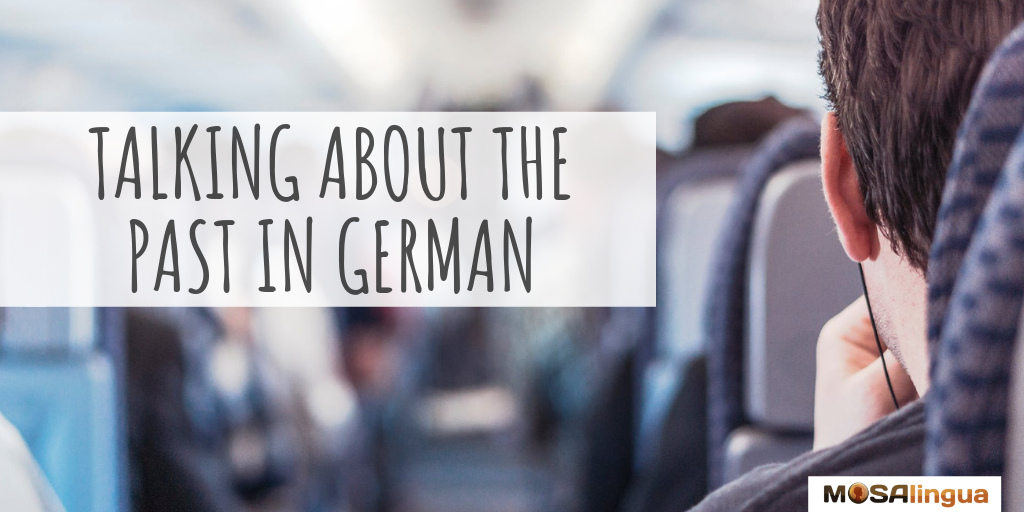 How to Talk About the Past in German

To correctly speak about the past in German, you’ll mainly use the German Perfekt. It’s pretty simple as far as German tenses go. At least, for the majority of verbs. So you should be able to learn it fast enough. Whenever you’re ready, let’s get started!

Forming the Perfekt in German

The Perfekt in German is constructed in 2 stages. Here’s how it’s done (like our past perfect):

Of course, it would be too easy if there were no exceptions…

First, the Partizip II can also sometimes end in –en. Take the verb “sehen,” which means “to see.” You shouldn’t say “Ich habe geseht,” but rather “Ich habe gesehen.” But don’t worry, the first version may be wrong… but people will still understand you if you make this mistake.

Another exception: I told you that to construct the past in German, you have to use the present of “haben” and the Partizip II. However, for verbs that imply movement or a change of state, you’ll use the verb “sein” (to be) instead of “haben.”

For example, the verb “fahren” (“to drive”) implies a movement. The Partizip II is “gefahren.” Here, we use the verb “sein“:

The same goes for other common movement/change verbs like “gehen” (to go) and “kommen” (to come), and also “aufwachen” (to wake up) and “einschlafen” (to fall asleep). However, the best way to learn when to use “haben” and when to use “sein” is with practice.

Word order with the German Perfekt

Another thing I should mention is the German Perfekt and word order. For example: “Ich habe gestern einen Film im Kino gesehen“ (“yesterday, I saw a movie at the cinema”). Did you notice that I put the Partizip II (here “gesehen“) at the end of the sentence?

This is a general and very important rule that applies as soon as you have a two-part verb form in German. The conjugated form goes in the second position in the sentence, and the other part goes at the end. Again, this is something you’ll get used to with time and practice. Don’t be afraid to make mistakes and be corrected! This is how you’ll learn best. Soon you’ll begin to use this past tense naturally and without even thinking about it.

Video Tips About the Past in German

Laura, from the MosaLingua team, made a video to explain exactly how to form the past in German, plus how to use it easily and quickly. This video is in German, but you can turn on subtitles (in English, German, or one of 4 other languages). Just click on the gear icon at the bottom right of the video.

Don’t miss the other German grammar videos on our YouTube channel. We regularly publish videos to make learning the German language easier, so don’t forget to subscribe to our channel. It’s free!

And don’t forget to come back and see us again soon. We’re working on adding more German grammar lessons. 🙂 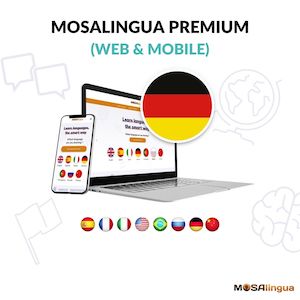