I’m sure you’ve probably heard or read it various times: there are many advantages of being bilingual… What are the most renowned advantages? Increased employment opportunities, reduced difficulty when learning a third language, making friends all over the world, being able to communicate effortlessly when abroad…

All of these advantages were my main source of motivation for learning, and later perfecting my English. However, I’ve recently discovered that there are many more reasons everyone should learn a second language, some that aren’t talked about nearly enough.

They may very well be a source of motivation for you, too. Let’s discover them! 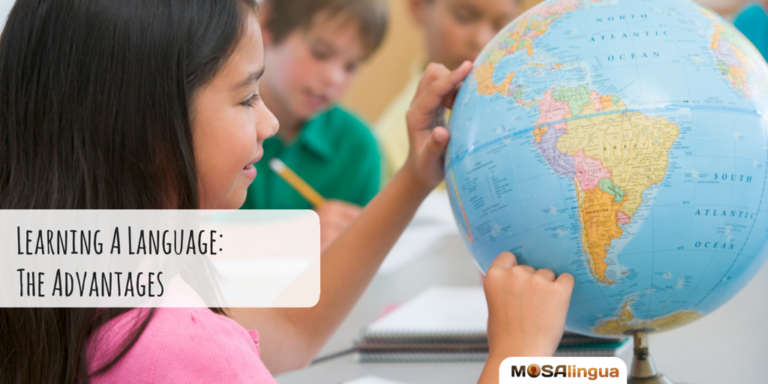 The Advantages of Being Bilingual

There happens to be a good number of studies that show the advantages of being bilingual. Well, the advantages bilinguals have when compared to those we call monolinguals. These studies mainly speak about the fact that the brain of a bilingual always remains active when they are speaking…  even if they are only speaking one language at a time. This double activity forces the brain to resolve internal conflicts (“which language should I choose to answer this person?”) thus creating a constant mental exercise which strengthens certain cognitive aspects of the brain.

So, what are the advantages of having your brain working twice as hard by having it think in two languages?

Being bilingual improves the cognitive as well as executive functions of our brains. These functions are the ones that help us manage our behavioral and emotional activities. For example these functions help us set targets for ourselves, plan strategies in order to reach those targets, and even organize ourselves and manage daily tasks.

N.B.: these are functions which allows us to change the way we act depending on the goals we are trying to reach. According to Albert Costa*, author and researcher at the Université de Pompeu Fabra, strengthening the brain’s executive functions is a huge advantage bilinguals have over monolinguals. Why? Bilinguals are better able to keep an eye on and monitor their environment. Having to constantly switch from one language to another obliges them to be on the constant lookout of their surroundings and to quickly adapt to any changes their environment is experiencing.

For example? A bilingual talking to two people of different nationalities and languages has to switch from one language to the other to successfully communicate with both persons. This exercise puts the brain under a healthy amount of stress by forcing the bilingual person to speak the right language to the right person. This would be very difficult to do without a strong ability to keep an eye on one’s environment.

Bilinguals tend to develop better control of the brain’s cognitive functions, which are linked to our ability for planning, concentrating and critical thinking. According to certain experiments conducted by Kovacs*, when comparing 7-months-old infants born in a bilingual environment with others born in a monolingual environment, those of the first group managed to choose not to reply specific answers, which had been given to them prior to the exercise, in order to give answers that were more correct for the exercise. This demonstrates that, at the time of planning, decision taking or when changing a plan of action to obtain certain results, the brain of bilinguals is better able to pick and choose the right answers in order to reach their goals.

We hope that these advantages have convinced you to pursue your language learning goals… or maybe to pick up a new language!

Discover other benefits of being bilingual

If you are interested in this topic, you can read our article about the benefits of being bilingual: actually we covered bilingualism and in different articles: