Of the various languages in Luxembourg, which one are you most likely to hear there? If you’re planning a trip, which language should you learn? The Grand Duchy of Luxembourg (in Luxembourgish: Groussherzogtum Lëtzebuerg, or in French: le Grand-Duché de Luxembourg) is a democratic state with a parliamentary monarchy located in the western part of Central Europe. For such a small country, it is linguistically very diverse. Do you know which languages are most commonly spoken? Keep reading to find out… 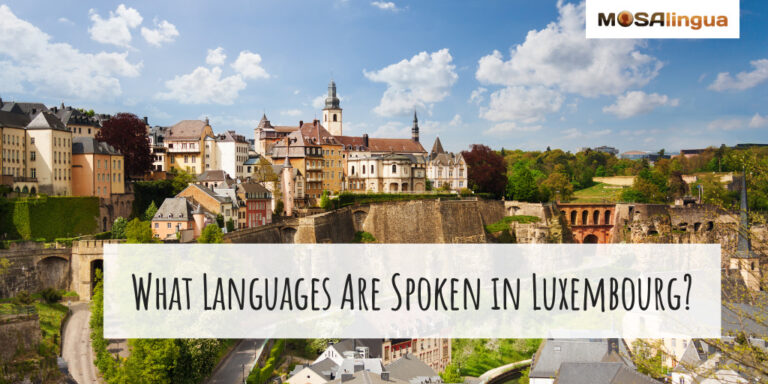 As of 2022, Luxembourg has around 645,000 inhabitants, making it one of the smallest countries in Europe. Its seats of parliament and government are located in the capital city of Luxembourg: Luxembourg! The Grand Duchy belongs to the Central German-speaking area. Its national language is Luxembourgish, and additional administrative and official languages are Standard German and French.

What Languages Are Spoken in Luxembourg?

The three official languages of Luxembourg are Luxembourgish, French, and German. But English and Portuguese are also very common. Almost 20% of Luxembourg’s inhabitants are of Portuguese origin.

Arabic and Farsi have also become more widespread and important over the years due to the high numbers of asylum seekers who have settled in the country.

Here are a few more quick facts about the languages of Luxembourg:

Luxembourgish is only one of many languages in Luxembourg

As a foreigner in Luxembourg, it can sometimes be challenging to find your way around linguistically. It can be difficult to know which language is best suited for a particular context or location.

What is Luxembourgish today?

Luxembourgish (or Lëtzebuergesch in Luxembourgish), is a Moselle-Franconian language variant of West Middle German. The different dialects are part of the continental West Germanic dialect family. Linguistically, Luxembourgish shares many similarities with High German. In the European Union, Luxembourgish belongs to the minority language group and is not an official language of the EU.

Luxembourgish is the native language of most Luxembourger locals. However, until the 20th century, it was not considered a language in its own right – it was classified as a dialect form of German. One thing that sets Luxembourgish apart from German and other German dialects, though, is its very high proportion of words borrowed from French.

This language is the symbol of Luxembourg’s national identity. A native German speaker does not automatically understand Luxembourgish but may recognize words or sentence constructions. The number of non-Germanic words can make understanding its vocabulary more difficult.

Origin, use, and distribution of Luxembourgish

Luxembourgish is considered a local dialect in certain parts of Germany and France. It’s also spoken in small parts of neighboring countries like Belgium. However, it was forbidden to teach Luxembourgish in this country during World War II, which is also why those who do still speak it are mostly from the older generations.

You might also come across Luxembourgish in the USA, where some immigrants speak the language. Interestingly, a similar variant of Luxembourgish has developed in areas such as Transylvania, in Romania.

The language variants within Luxembourg itself include Areler, Miseler, Veiner, Weelzer, etc. There are clear differences between dialects from various small towns as far as local vocabulary is concerned, and there are often lively debates surrounding the standardization of the language.

French and German are used to draw up legal documents, such as official declarations. A 1984 law declared French to be the official legislative language. However, German and Luxembourgish are also used for administrative purposes.

The native language of Luxembourgers is Luxembourgish, which sounds a bit like Dutch. Instead, it’s actually a mixture of German and French, with regionally and locally varying dialects. Structurally, the language is very close to German. 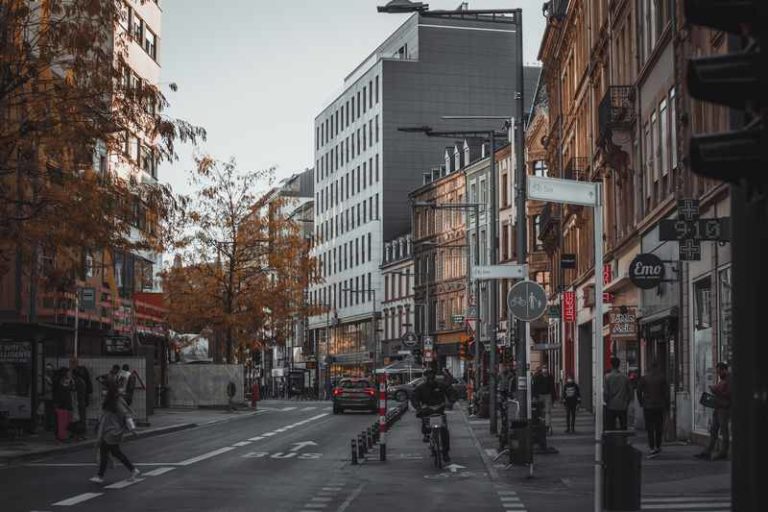 French and German in Luxembourg

When Luxembourg was founded in 1815, French was the most widely used language. Today it’s still the main language in the official and administrative sphere. However, German was the only language taught in elementary schools until 1843. French wasn’t taught until high school. For this reason, German was used as the language of politics to make laws understandable to everyone. Eventually, in 1843, a law was passed that introduced bilingualism in elementary schools.

Today, you can still find street names, business names, tickets, hotels, and menus in French. Newspapers are mainly written in German, but cultural articles, advertisements, and social notices are also produced in French.

In 1843, the law of bilingualism was enacted, and learning French became obligatory for all. This was one way for the country to distinguish itself from its neighbor, Germany. 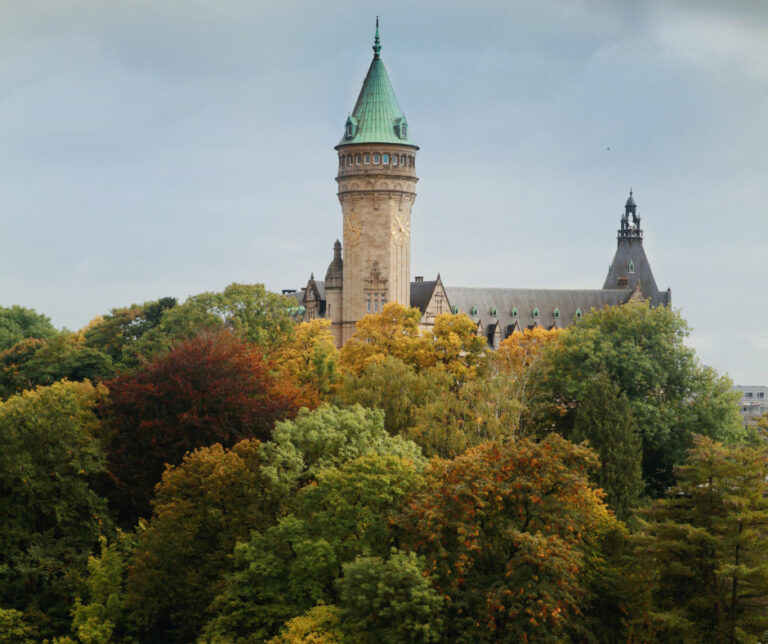 Another language in Luxembourg: Portuguese

The largest foreign population group in Luxembourg is Portuguese, representing 16% of inhabitants.

The average age of Luxembourg’s Portuguese population is about 36.7 years. This makes them younger than other foreigners, as well as the Luxembourgers themselves. This is partly because the number of births has declined due to new stricter laws for acquiring Luxembourg nationality.

Of the Portuguese living in Luxembourg today, nearly 70%, were born in Portugal and the rest within the Grand Duchy. Portuguese net migration (the difference between arrivals and departures) increased at the beginning of the last decade but has decreased since 2013. In 2017, there were 888 Portuguese in the country, and the number of immigrants is steadily decreasing.

Moïen, bonjour, bom dia, hello, hallo... Welcome to Luxembourg! If you walk around the capital, you will hear Luxembourgish, French, Portuguese, English, German, and other languages everywhere. Foreigners represent more than 47% of the population. There are about 170 different nationalities represented throughout the country!

200,000 people commute to work in the capital city of Luxembourg every day. However, to get a job in Luxembourg, you must be fluent in at least two languages, including French.

Interested in working in Luxembourg? The health and service sectors mostly use French and Luxembourgish. As for the financial and insurance sectors, English is more prevalent than French. English is also necessary if you’re applying for a job in the tourism or IT sectors. Luxembourgish is generally more important in government, and business in the sales and catering sectors is typically conducted in French.

So, there’s really no short answer to navigating this country, is there? Nevertheless, we hope this article has given you better insight into Luxembourg’s linguistic diversity. Here’s a recap of the most important points:

Now you have an overview of the surprisingly complex language landscape of this small European state.

For more interesting articles on world languages, we recommend:

If you haven’t already, join our language community today. You’ll never miss any more information about language learning. Subscribers from all over the world are already using our tips and tricks to get closer to their language goals. You can follow us on Facebook and Twitter or subscribe to our channel on YouTube. We guarantee that with a little help from us, you’ll improve your learning process and habits to get the results you’ve always wanted.

Kristina is a world traveler, translator and language teacher from Austria who has lived in places like Spain, Malaysia and Hong Kong and regularly spends time in SEA in winter. She speaks German, English, French and Spanish, as well as a little Russian and Thai and works on our Mosalingua blog and in content creation trying to shed light on language and culture related subjects.

Filed Under: LanguagesTagged With: fun vocabulary