Depending upon where you learn English, there may be a greater tendency to teach a British vs. American accent, or vice versa. However, this may differ from your own personal experience with English, and what you’re most likely to use and hear. We took a closer look at which accent and pronunciation you probably want to focus on when learning English, and why. Be sure to read our English Pronunciation Guide if this is a topic that interests you. 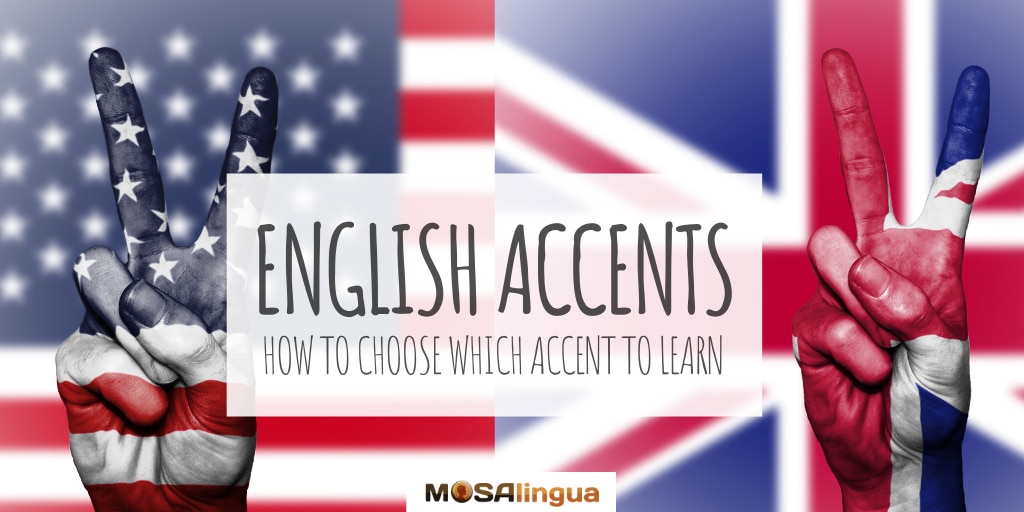 English is one of the most widely spoken first and second languages in the world. English-language movies and series, music, research, and more are all prolific and consumed in countries all around the world. It’s also an essential language for business and is often a lingua franca — the one everybody uses when nobody speaks the same language. There are many English-speaking countries, including Canada, South Africa, Australia and Ireland. Although most language classes and learners focus on just two main accents: English and American. This is because, unless you’re living in an English-speaking country with its own accent, most of the English you’ll encounter when traveling, watching TV, or listening to music will be one of those two. This article focuses on which of these accents is probably best for you – a language learner – to adopt.

If you’d rather listen, you can also check out our MosaLingua Language Lab podcast episode on the same topic:

Listen to “#38 – How To Choose Your English Accent” on Spreaker.

First of all, it’s important to understand that there is no one “British” accent. In fact, there are many different accents that can be found in the United Kingdom. What’s most commonly called an “English” accent is actually called “Received Pronunciation.” It corresponds more or less to a London accent. It’s what you’re most likely to hear in blockbuster films. And if you live in Europe, to have learned in school.

The difference between English accents can be quite pronounced (pun intended ;-)). The Liverpool accent differs greatly from the Welsh accent or from the Scottish accent. Even native English speakers from different places can sometimes have a difficult time understanding each other because of how severely the accents differ.

In a nutshell, the “British” accent is in fact… many different English accents! To give you an idea, a British native gives a demonstration of seventeen different accents in the video below:

First, by “American accent,” we mean the widely spoken general accent, characteristic of the US Midwest. This “neutral” American English accent is the most widely used in the world, but especially in cinema, TV series, and music. Compared to British English, American English is far more present on the international scene, as many political and business exchanges take place in this context.

Of course, you’ll hear very particular accents in certain regions, like the long, southern drawl associated with Texas, or the sharp, angular accent of “New Yaak” (i.e., New York), but these are extreme cases. There’s no doubt that differences exist between states, but they are minimal. Most Americans have no trouble whatsoever understanding each other, and if you learn a Midwest American accent, you’ll be able to understand New Yorkers and Bostonians, Texans and Californians.

To give you a more solid understanding of the differences between American vs. British accents, check out the video below. Lisa Joy created a quiz for you, so you can test your ear! Post your results in the comments section!

How to Choose the “Right” Accent

In the video below, MosaLingua’s English teacher Abbe goes over some pros and cons of each accent (British vs. American) to help you make your choice between them. Watch it on our YouTube channel, or right here. The video is, of course, in English, but you can turn on subtitles and slow the speed if you need them. Just click the Settings icon ⚙️ at the bottom-right of the video.

Why choose an American accent?

As Abbe mentioned in the video, and as we often say at MosaLingua, we have a slight preference for the American accent. Although not all our English teachers are American, we agree it is usually a more natural and useful accent to learn. Here’s why:

But only if it makes sense for you

Of course, if you have an affinity for the British accent, by all means, learn it! If you’re planning on traveling to England, for example, it will be far more useful for you to learn the British accent. You can work on your pronunciation by watching British films and TV series or speaking with a British conversation partner.

Just know that, one way or the other, you’ll eventually have to make a decision. Certain terms differ significantly between American and British English. For example, Americans say an elevator and Brits say a lift. Try this one: pants exist in both dialects, but in the US it means trousers while in British English, it more likely means underwear! If your goal is simply to be understood by as many people as possible, though, we do recommend the American accent.

How to Learn an American Accent

To learn the American accent, you’ll want to get as much exposure to it as much as possible. Fortunately, with the wide range of resources at your disposal, this shouldn’t be a problem. Next, we recommend speaking it as soon as you can. Listen, imitate, speak, and you’re good to go.

Of course, at MosaLingua, we’re convinced of the importance of keeping learning fun. If you take pleasure in learning, and make sure to keep it interesting, you’ll learn much more easily and quickly.

In this section, we’ll take a closer look at the best way to go about learning the American accent. 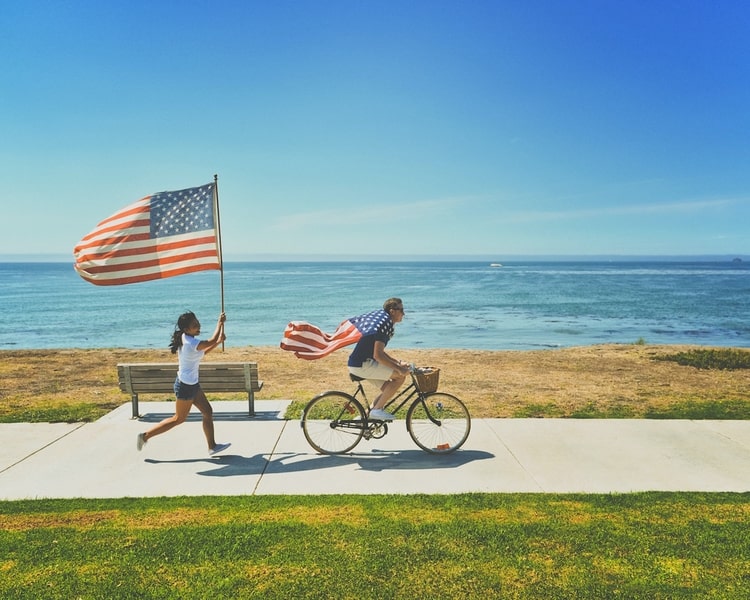 If you enjoyed this article, be sure to test your ear by listening to our English accent quiz podcast episode:

Listen to “#20 – English Accents Around the World: A QUIZ” on Spreaker.

For more info about English accents and pronunciation, we recommend the following articles:

We hope that this article has helped you understand why we suggest that our users learn the American accent. Best of luck with your learning journey!